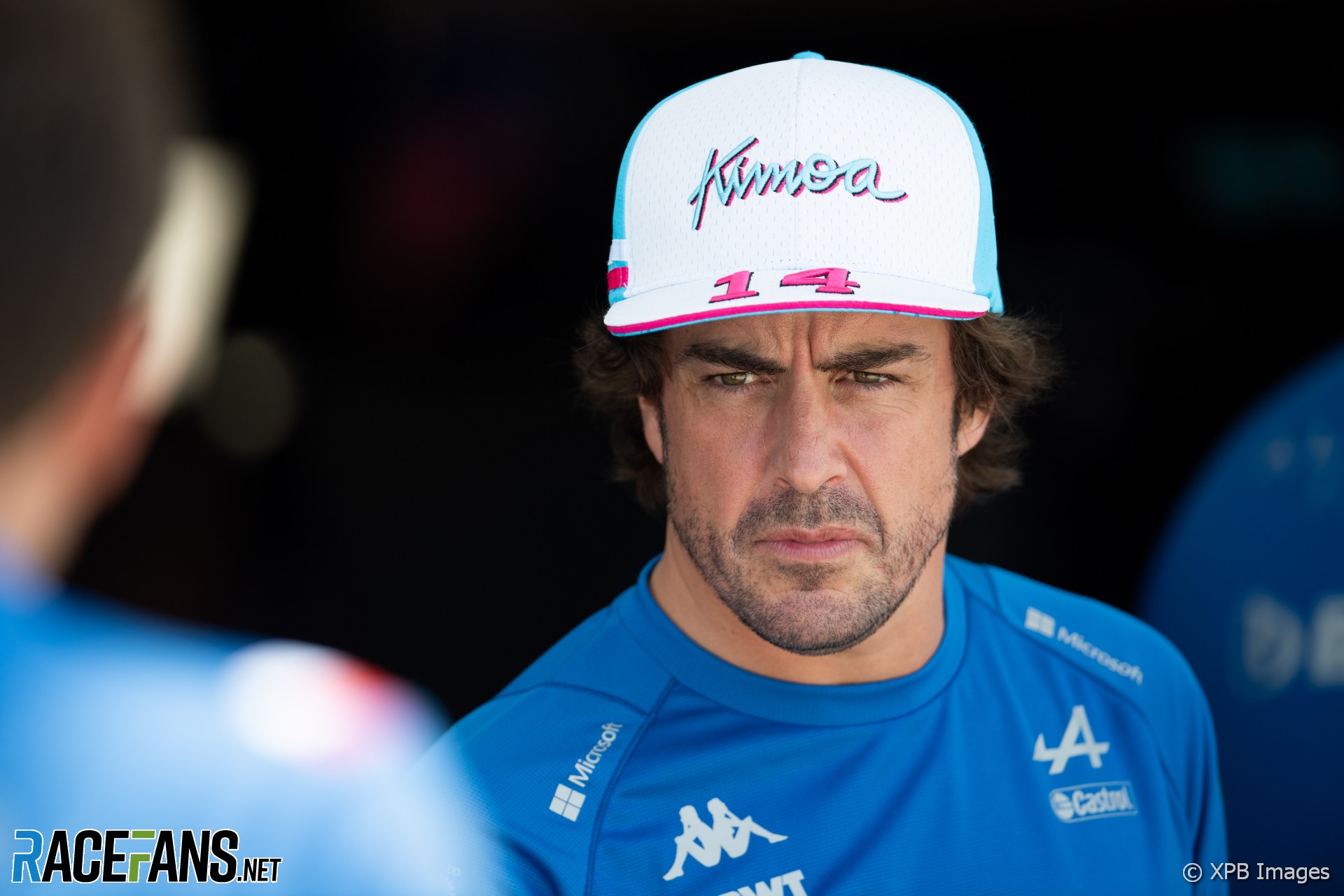 As the chequered flag dropped on one of the most controversial season finales in the history of Formula 1 last year, Fernando Alonso’s mind was already on 2022.

Driving back to the pits, he sent a clear message to his Alpine team: “It’s only the beginning,” he told race engineer Karel Loos.

“Sexy boys and girls, the best is just to come next year. I promise. This was a warm-up, like the boxers. They do a game just before the big fight, this was the 2021 for us.”

Alonso returned to Formula 1 in 2021 after a two-year break from the championship during which he opted to explore endurance racing in WEC and IMSA, pursued victory in the Indianapolis 500 and went off-road rallying in the Dakar. But the heightened level of competition in Formula 1, and the opportunity to reunite with his former team Renault under their new branding of Alpine, proved too appealing to turn down.

Signing just a month after the pandemic-delayed 2020 season began, the 39-year-old twice-champion put himself back in the frame to fight at the top in the pinnacle of motorsport.

“Right now, I think especially after the pandemic, it’s a series that is more capable to produce a good show and to produce a good competition,” he told media including RaceFans after beginning his comeback last year.

“In 2018, when I left the sport, I was very honest with everybody, saying that I had better feelings or ideas elsewhere than Formula 1 and I had more attractive challenges in WEC or in Indy or in Dakar than what Formula 1 offered me at the time.

“Now it’s exactly the same point; in 2020 when I made the decision to come back, there were other series on the table and I thought that Formula 1 was the best challenge in that moment and the best competition.”

This weekend Alonso returns to his home circuit, where he scored his last grand prix victory nine years ago. He remains committed to fight for a third world title, but he hasn’t had the best start to the season, only scoring points once, during F1’s first outing in Bahrain at the end of March.

Saudi Arabia saw Alonso’s first retirement of the season. It was followed up by more bad luck in Australia, where car trouble struck in qualifying and the timing of Safety Car periods boxed him into an unfavourable strategy. But there was a glimmer of hope – Alonso put himself in contention for pole position on Saturday, the rapid Alpine showing it could be a forced to be reckoned with.

Matters did not improve at the Emilia Romagna Grand Prix, where another retirement followed after he tangled with Mick Schumacher’s spinning Haas on the first lap. Alonso was forced into the pits after a significant chunk of his sidepod flew off.

Meanwhile the other Alpine of Esteban Ocon has been in the points in all but one race this season. Alonso lies 16th in the championship, 22 points behind his team mate.

He shows no signs of relenting or slowing down. But with two championships under his belt, his 41st birthday and record-breaking 350th grand prix start coming up, why is Alonso so desperate to continue racing in F1?

He is under no illusions that in order to deliver the third title he has pursued for 15 years he needs a fully competitive package. “When [Ayrton] Senna won the championship and the races, he had the fastest car,” said Alonso earlier this year.

His Alpine certainly isn’t the fastest car in its current form, yet Alonso has shown no interest in stepping away from the sport any time soon, and is fully invested in making the team world champions. Asked by RaceFans after his Imola retirement what drives his desire to carry on competing, Alonso gave a characteristically frank answer.

“Because I feel better than the others,” he replied. “When someone comes and I see that he’s beating me on pure ability, I see that I’m not good anymore at the starts, I’m not good in preparing the car or the other side of the garage is one second faster than me, and I cannot match those times et cetera, maybe I raise my hand and I say ‘this is time for me to think in something else.’

“But at the moment I feel the opposite. So I love racing.”

Alonso’s contract is set to run out at the end of the season. A decision is to be made regarding Alpine’s future line-up by July. The team’s reserve driver Oscar Piastri, a champion in Formula 2 and Formula 3, is waiting in the wings.

Some may feel the two-times F1 champion is filling a seat which that may path the way for a new talent to emerge in F1. Piastri is widely tipped as a star of the future – much as Alonso was when he sat out the 2002 season waiting on the promotion to Renault which put him on a path to the championship.

Alonso is Formula 1 royalty, and remains one of the best drivers of all time. If Alpine can provide a championship-contending car, it could be a while before his need to win overtakes his desire to remain in F1.