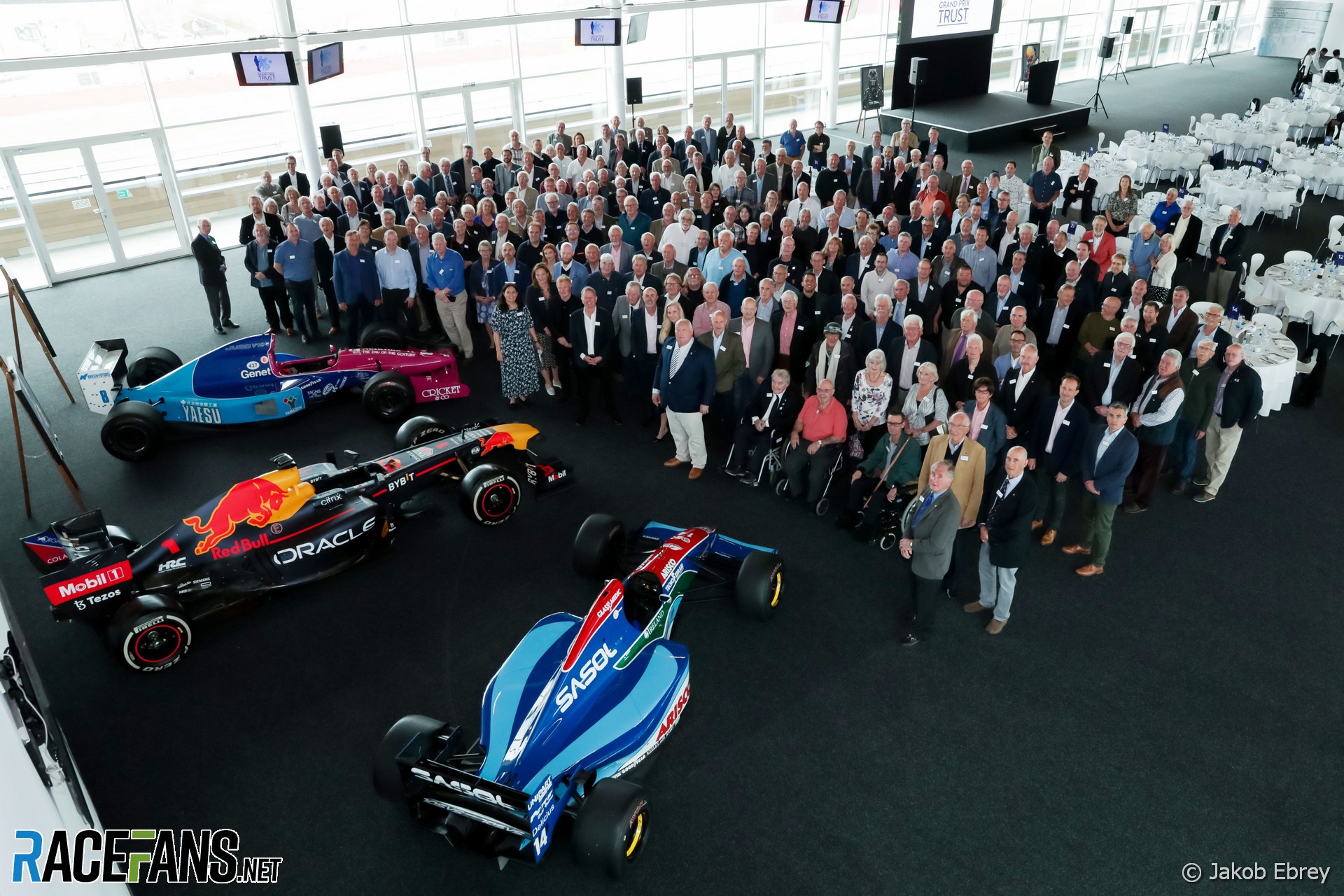 The Grand Prix Trust, an organisation which exists to help F1 team staff who have fallen on hard times, held a reunion lunch at Silverstone on Monday, bringing members together for the first time since the Covid-19 outbreak.

The organisation was set up by Sir Jackie Stewart over three decades ago, when it was originally known as the Grand Prix Mechanics’ Charitable Trust. Among its 10 trustees are its chairman Martin Brundle, F1 motorsport director Ross Brawn, former Williams designer Sir Patrick Head and Red Bull’s sporting director Jonathan Wheatley.

A registered charity, the trust provides help and advice to F1 team personnel and others directly involved in the sport, including those who have worked for companies in the F1 supply chain for at least two years. Over more than three decades it has helped hundreds of F1 team staff and their families who have been affected by injury, ill health or loss of income.

The onset of the Covid-19 pandemic two years ago and the effect it would have on teams posed an obvious challenge for the organisation. However as many F1 team staff were placed on furlough and continued to receive some income, the financial toll on its members was not as severe as it anticipated.

The spiralling cost of living due to rising food and fuel prices is the latest cause for concern for the trust. It is keen to ensure as many people as possible are aware of the advice, resources and financial support they can offer to those who need it.

Around 300 of its 2,000 members, plus media, attended Monday’s lunch. Several former F1 drivers were also present including 1996 world champion Damon Hill, multiple race winner Mark Webber and Perry McCarthy. The latter performed a brief stand-up routine lampooning Bernie Ecclestone, Ron Dennis and Michael Masi among others, while getting in plenty of gags at the expense of his own, brief grand prix career with the notoriously short-lived Andrea Moda team.

Hill told RaceFans one difficulty the Grand Prix Trust faces is that some of those who are in need of its assistance feel reluctant to admit they need it.

“Sadly there are no end of stories where people are in great difficulty and they’re mostly inclined not to want to ask for help,” he said. “So it’s great that there are people at the trust looking out through the network and able to step in and give people help when they need it.”

Hill began his F1 career 30 years ago at Brabham, shortly before the team collapsed, then moved on to Williams and Jordan (now Aston Martin).

“I know of people that I’ve worked with who have had difficulties and the trust has helped them,” he said. “Every little bit helps and it’s a good institution which needs maintaining.”

“There’s all these guys who spent their lifetimes and the highlight of their careers being involved in really important events in the sport,” he added. “Working with some of the great names, designers, mechanics, working with great drivers.

“But they’re getting on, and people fall on hard times, and it’s good that the community can do something for them. It’s done very professionally and respectfully which is important so we’re keen to help.”