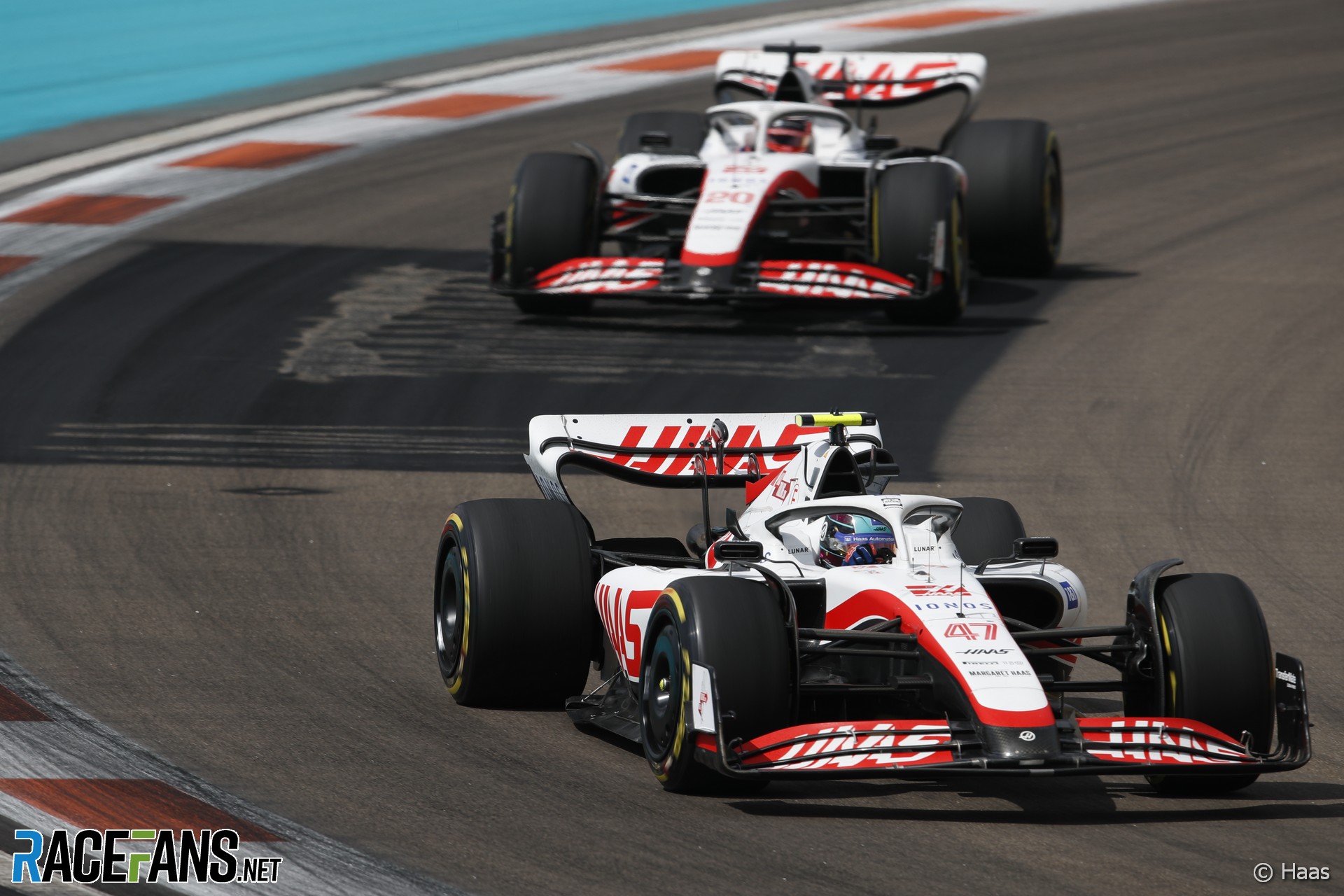 Haas is planning to bring a significant upgrade for the French Grand Prix, team principal Guenther Steiner has confirmed.

Several of the teams’ rivals are expected to run upgrades at this weekend’s Spanish Grand Prix. But the Haas drivers will have to wait another seven races for the team’s first significant change to its car.

“You will see when we bring the upgrade it’s everywhere,” said Steiner. “We will make a nice package. I wouldn’t say ‘everywhere’, that’s exaggerated, but quite a big one. It’s not just a turning vane or something like this, it’s quite a few changes.”

However Steiner said it is difficult to estimate what kind of gains the team expect to see from its Paul Ricard upgrade.

“It’s not only the upgrades, it’s also you understand the car better,” he explained. “You make improvements.

“Especially this year it’s difficult to say with the bouncing because if you have bouncing you are really slow. Then if you sort that one out you go really fast.

“But that doesn’t mean that it’s an upgrade, it’s maybe only in your set-up that you can get rid of the bouncing. So I wouldn’t give it a time on that one.”

Haas were third in the championship after the first race but have since fallen to eighth place. However Steiner is confident they will remain competitive until their upgrade arrives.

“I think we shouldn’t have pain, otherwise we should have brought the upgrade earlier,” he said. “I said before it was a conscious decision to do this. So I think we can get enough out of what we have got.

“I don’t know what the other ones are bringing. There is a big announcement of big updates but I don’t know how good they are.”

The likes of Ferrari and Red Bull have found the budget cap is limiting how quickly they can introduce upgrades. However Haas are still operating below that level, Steiner indicated, as he pointed out their limitation is “not the budget cap, it’s the budget.”