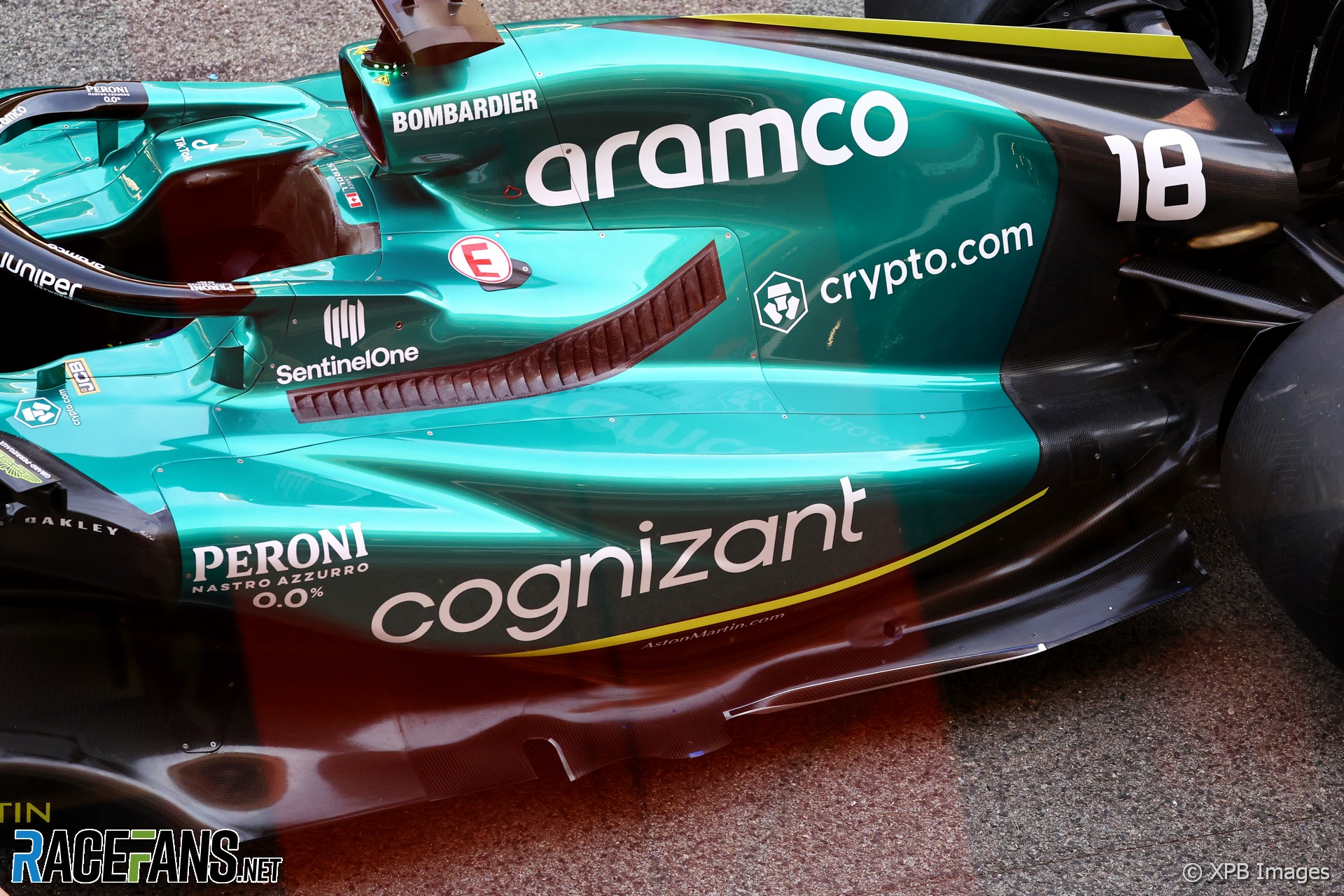 Aston Martin has revealed a major upgrade for its AMR22 ahead of the Spanish Grand Prix.

The team’s new design bears strong similarities to that of Red Bull’s RB18. The resemblance is most clearly apparent in Aston Martin’s revised sidepods, which are now steeply undercut.

Aston Martin have had a difficult start to 2022. The team were the first to present and run a genuine 2022 specification car, built to F1’s radically overhauled regulations.

The AMR22 appeared on February 10th, one day after Red Bull’s launch. However Red Bull only presented a show car at their first pre-season event. The real RB18 ran for the first time in a pre-season filming day at Silverstone a few days before testing began at Circuit de Catalunya. Once it appeared in public for the first time, the car’s distinctive sidepods were an immediate focus of attention.

Aston Martin have encountered problems with porpoising and often struggled for pace, only reaching the final stage of qualifying twice in 10 attempts. However team principal Mike Krack said earlier this month the team expected to be “in better shape” once their new upgrade had been introduced.

Following the team’s takeover by Lawrence Stroll in 2018 it initially followed the design lead of its power unit supplier Mercedes. In 2020, when the team competed as Racing Point, its car was closely modelled on the world championship-winning Mercedes W10.

Rivals dubbed the Racing Point RP20 a ‘pink Mercedes’. The team was even fined and docked points after the FIA ruled it broke the sporting regulations while creating its Mercedes-influenced rear brake ducts.