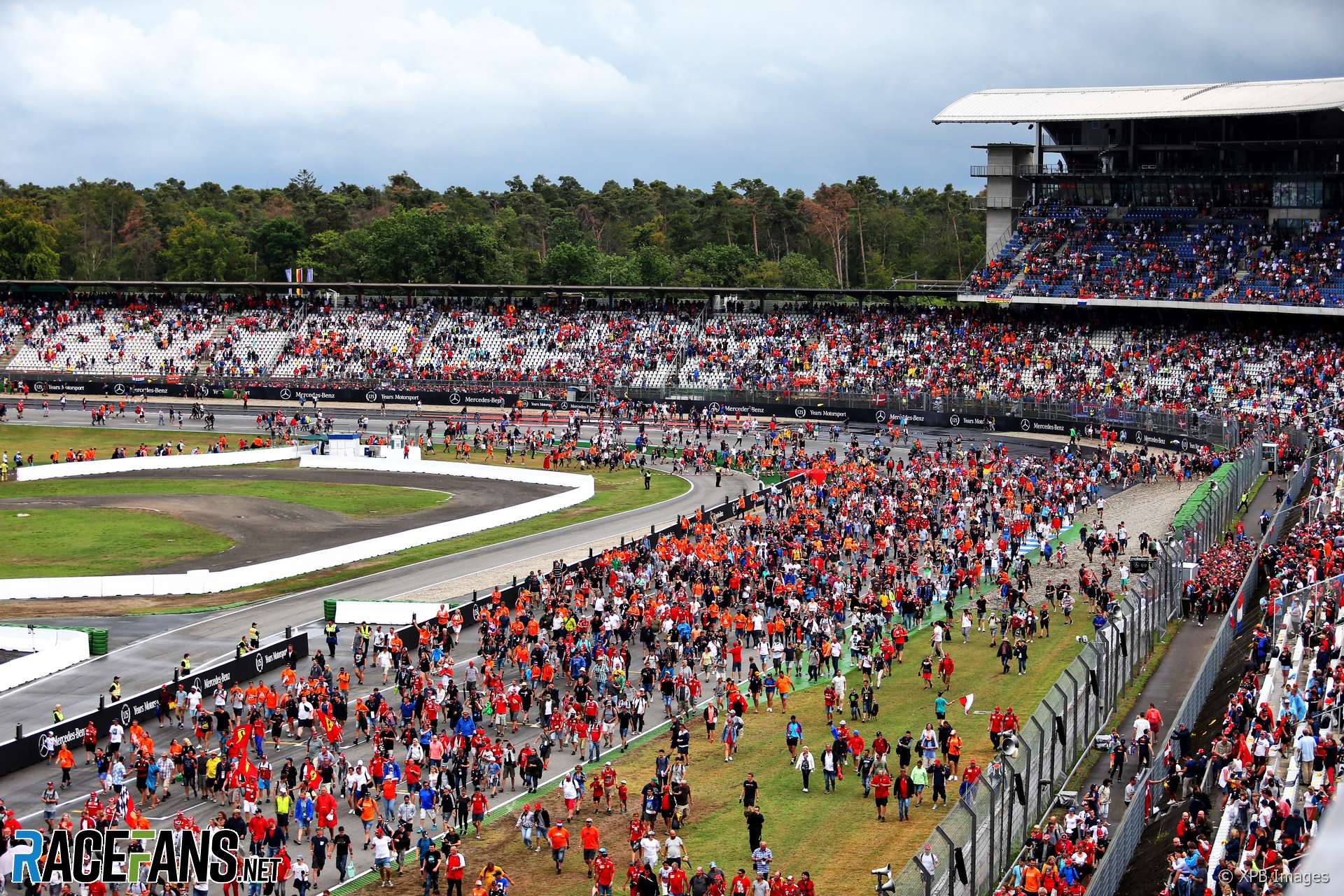 Sebastian Vettel does not expect that he will race in Germany in Formula 1 again in his career despite rumours the event could return to the calendar.

The expected arrival of premium German brands Audi and Porsche by 2026 has prompted rumours the German Grand Prix could return.

The event has not featured on the calendar since 2019. F1 held a one-off race at the Nurburgring in 2020 – designated the ‘Eifel Grand Prix’ – in order to replace some of the events lost during the Covid-19 pandemic.

Vettel has raced 11 grands prix in his home country during his F1 career and scored a victory at the Nurburgring in 2013. He doubts that a new deal to revive the race will happen before his F1 career ends.

“I don’t know if Germany will make it in time for me,” Vettel said. “Obviously, I had the privilege to race in Germany for many years. I don’t know.

“I think in the end, obviously, if you look the places that we’re going, I think Germany is not prepared to pay that sort of money to have the grand prix. Simple as that.”

Vettel highlighted other major European circuits that are having difficulties being as commercially viable venues for Formula 1 as some of the more recent additions to the calendar like Saudi Arabia and Miami.

“Other regions, other countries in Europe are struggling,” Vettel explained.

“I think Spa is a very good example. And it’s a shame, what we saw last year, with the rain with the rain cancelling the race and the people not getting a refund on their tickets. But to blame Spa I think would be wrong, because they’re already struggling to make up the money they lose in the first place.

“So I don’t know, I’m not the developer of the sport. And I’m not setting the business plan and the targets. But clearly, you can see that the places we’re going and the new venues we’re going, it’s great to explore but it’s also money-driven for the sport, I guess, to develop the way they want to develop.”

With competition over the rights to host a grand prix only rising with the growing profile of Formula 1, Vettel says he thinks it would be sad to see some classic European races fall off the calendar.

“Certainly, some races you’d think have a guarantee, such as Silverstone, Monza – but I don’t know. We’ll see what happens in the next years. But it would be great if Germany was back on the calendar. But I doubt it.”