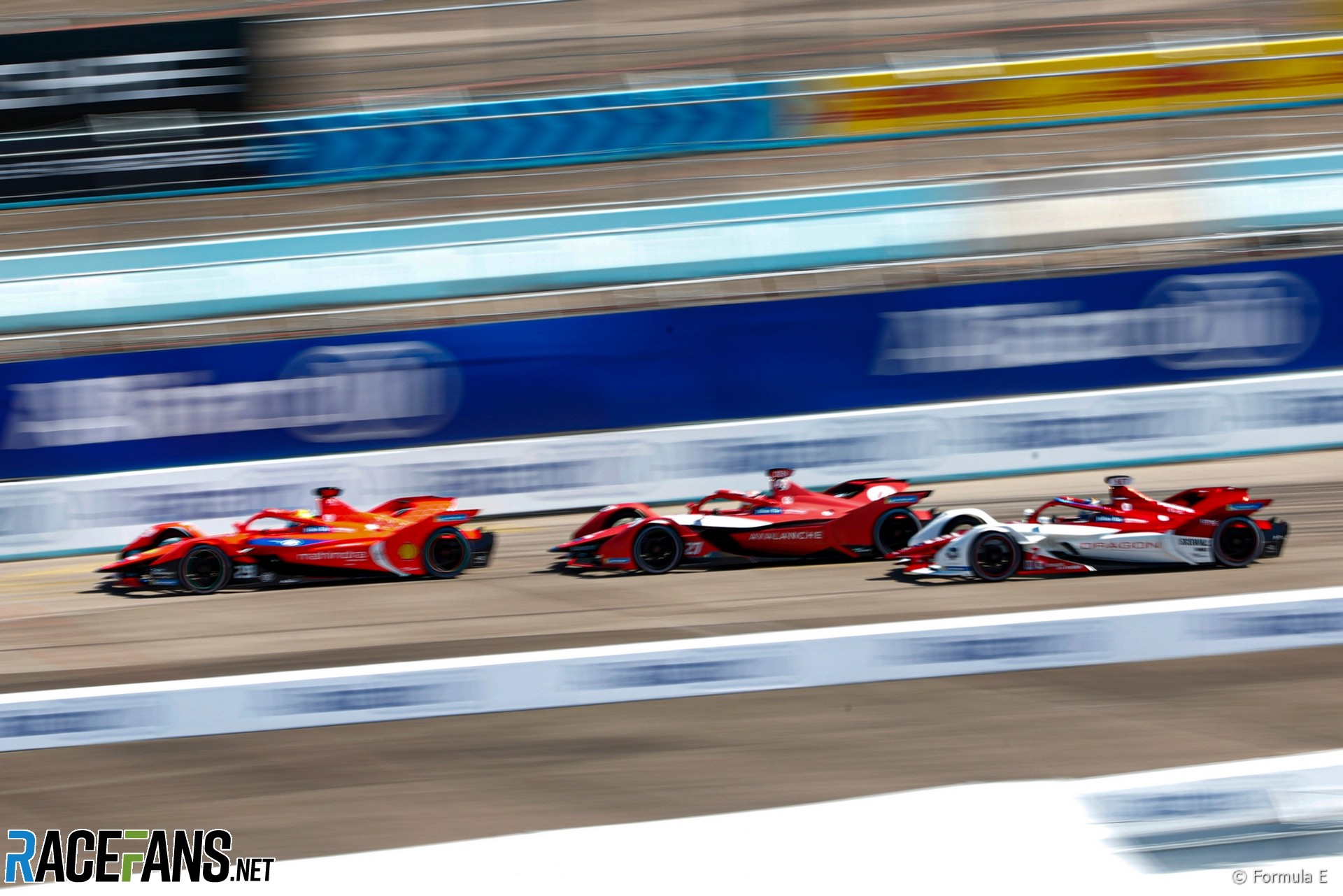 In the round-up: Formula E chairman Alejandro Agag says Formula E is undergoing a “rebound” with McLaren, Maserati and Abt joining the series next season

Formula E chairman Alejandro Agag believes the all-electric championship is in the midst of a ‘huge rebound’ after multiple announcements of teams who will be competing in the series from next season.

On Saturday, McLaren formally announced they would purchase the Mercedes EQ team and rebrand it as their own. The move followed former team Abt confirming they would rejoin the series as a new entry next season, while Italian brand Maserati will combine with the Venturi team from 2022.

After Formula E has faced the loss of major manufacturers in recent years including Audi and BMW with Mercedes announcing they would also depart at the end of the current season, Agag says the recent team announcements show the strength of the series.

“I think it says a lot,” Agag said. “You know, a few months ago, sadly, we lost a couple of manufacturers. You know how motorsport is when you lose a manufacturer, it seems like it’s the end of the world and the whole thing is going to end in tears.

“Formula 1 had it at a time – I remember when BMW, Toyota, all these guys at the end of the decade of the 2000s suddenly all left. So we had a little bit of that about a year ago and there were a lot of comments, ‘oh, what is this? What’s happening?’.

“Definitely, this is a huge rebound – I would call it – with Maserati, with Abt and now with McLaren. I think it’s great. It shows the strength of Formula E as its own pinnacle of electric motor racing. And it shows that Gen3 – which is a huge step forward for us – has the best actors ready to compete in the championship. So I think it’s a great, great sign for the future of the Formula E championship.”

Haas driver Kevin Magnussen is confident that he will be on the same pace as the rest of the field in Barcelona this weekend despite being the only driver on the grid not to have driven his 2022 car at the circuit.

The first pre-season test took place at the Circuit de Catalunya in February, coinciding with the Russian military invasion of Ukraine. After sanctions were imposed on Russia by the United States, EU, United Kingdom and others, Haas dropped race driver Nikita Mazepin, whose father had close ties to Russian president Vladimir Putin. Magnussen was signed as Mazepin’s replacement soon after but only drove the VF-22 for the first time in the Bahrain test.

“Barcelona is probably the Formula 1 track I know the best out of all of them,” explained Magnussen. “I don’t think it’s going to be such a big disadvantage not having driven there in testing. The car is performing well, it’s been very good at four of the five tracks we’ve been at, so I think it’s going to do well there too.”

Valtteri Bottas says he is “really, really enjoying” racing for Alfa Romeo in 2022 after losing his seat at Mercedes to George Russell.

Bottas raced alongside Lewis Hamilton at Mercedes for the last five seasons before moving to Alfa Romeo alongside rookie Zhou Guanyu this year. He currently sits eighth in the drivers’ championship on 30 points.

“I’m enjoying it a lot,” Bottas said about his experience of racing for Alfa Romeo.

“We started the season with the first race with points and what I’ve been really enjoying is the progress we’ve been able to make together as a team. We’re definitely not falling back and that is a motivation for us to go ahead rather than backwards. And yeah, I’m really, really enjoying the ride.”

Out with the locals 🚲 pic.twitter.com/XOyfcvFpIh

Golfing day in Miami trying to look decent in front of @DJohnsonPGA!! ⛳️😎

"It is a rule for the right reasons. I would have probably liked a slightly different approach of how to deliver the message."

"Rugby is far from the only sport caught between a hardcore fanbase and potential new audiences, the comfortable and the uncertain, unsure whether to stick or twist. Athletics and racing are, too. Meanwhile they and others cast envious eyes at F1, which has catapulted itself into the lucrative US market and elsewhere in the blink of an eye."

"Senna. I’d say Senna. Oh and my father (Jarno Trulli), he did amazing on the one lap. So Senna and my father and we can mix them."

Carlin: O’Sullivan driving team back to the front in FIA F3 (Formula Scout)

"Zak’s been doing a brilliant job. He qualified well in Bahrain and ran well. Apart from being fast, he is extremely intelligent, extremely knowledgeable and his feedback is superb."

Will Max Verstappen make it a hat trick of consecutive race wins in this weekend’s Spanish Grand Prix? So mo many upgrades expected this weekend, @srga91 isn’t so sure…

This race will be crucial in the development race between Ferrari and RB. If the RB is fast at Barcelona as well, then they are in a great position in the championship fight.

I’m also curious to see how the Mercedes will perform around here. While this circuit should suit their package more than the previous rounds did, I don’t expect a big step forward from them, as Ferrari, RB and also Alfa Romeo announced upgrades for this weekend. Mercedes might again find themselves fighting with Bottas for best of the rest, but let’s see what happens.

I doubt Max will be able to win this race, at least not on pure pace. The long corners at Barcelona should highlight the strengths of the Ferrari, which has got overall more downforce. I would be amazed if Ferrari don’t finish 1-2 on Sunday.
@srga91