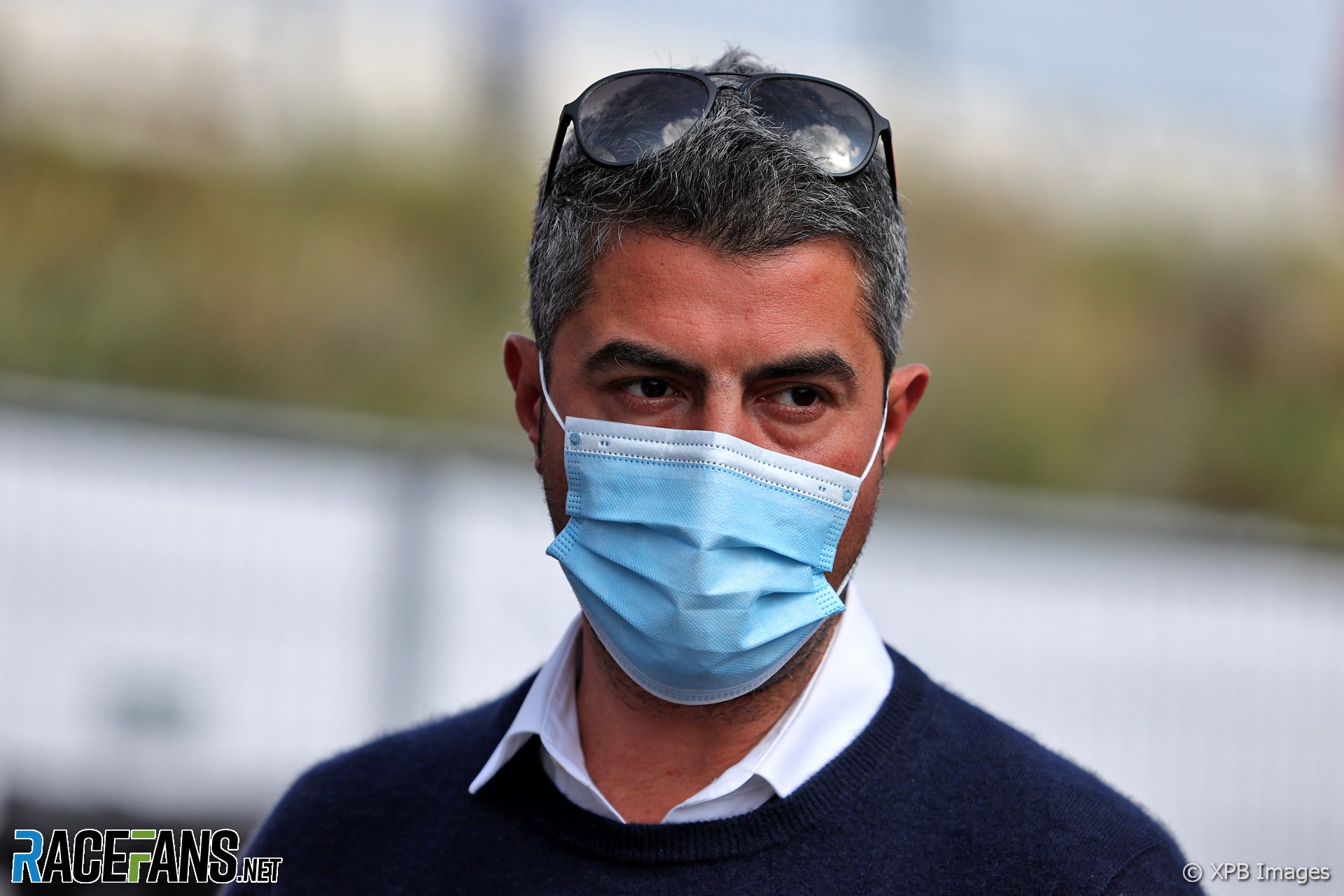 Former FIA Formula 1 race director Michael Masi could return to the sport in future, the president of the governing body has confirmed.

Masi was replaced as F1 race director after he was found to have made an “error” in his handling of the championship-deciding Abu Dhabi Grand Prix. Niels Wittich and Eduardo Freitas took over from Masi in the role.

FIA president Mohammed Ben Sulayem revealed he spoke to Masi last week and is also considering whether to add a third person to F1’s roster of race directors.

“I spoke to him two days ago,” Ben Sulayem told the Daily Mail, adding he has “no personal issue” with him.

Masi was widely criticised over his decision to restart the Abu Dhabi Grand Prix with one lap remaining. The FIA found he failed to follow the rules by bringing in the Safety Car one lap too early and not allowing all lapped cars to regain the lead lap.

This had a decisive effect on the outcome of the championship, as Max Verstappen was able to use the extra lap of racing to pass Lewis Hamilton and win the race and championship.

Nonetheless Ben Sulayem is open to finding a role for Masi. “Michael is there and we might use him,” he said. “I didn’t say we were getting rid of him. I said we might use him. He may be in a good place to use. We are open to everything.

“Our race structure was wrong organisationally. And though we have brought in two new race directors, I wouldn’t say we have got it all right yet. We need to clean the stables.”

Ben Sulayem added he “would like to see a minimum of three race directors, ideally by the beginning of next year.”

He also addressed the ongoing controversy over the FIA’s decision to strictly impose its rules forbidding drivers from wearing jewellery during races. The regulation was introduced in 2005, while Max Mosley was FIA president. Ben Sulayem took over from Jean Todt in the role at the end of last year, since when the governing body has reinforced the ban on jewellery.

“I love jewellery,” said Ben Sulayem. “I absolutely love it. But in the car there can be no choice.

“People say they [the rules] haven’t been implemented before. Don’t ask me why not. People can ask the old regime why that is the case.”

41 comments on “FIA seeking third race director for F1, “might use” Masi in a role”