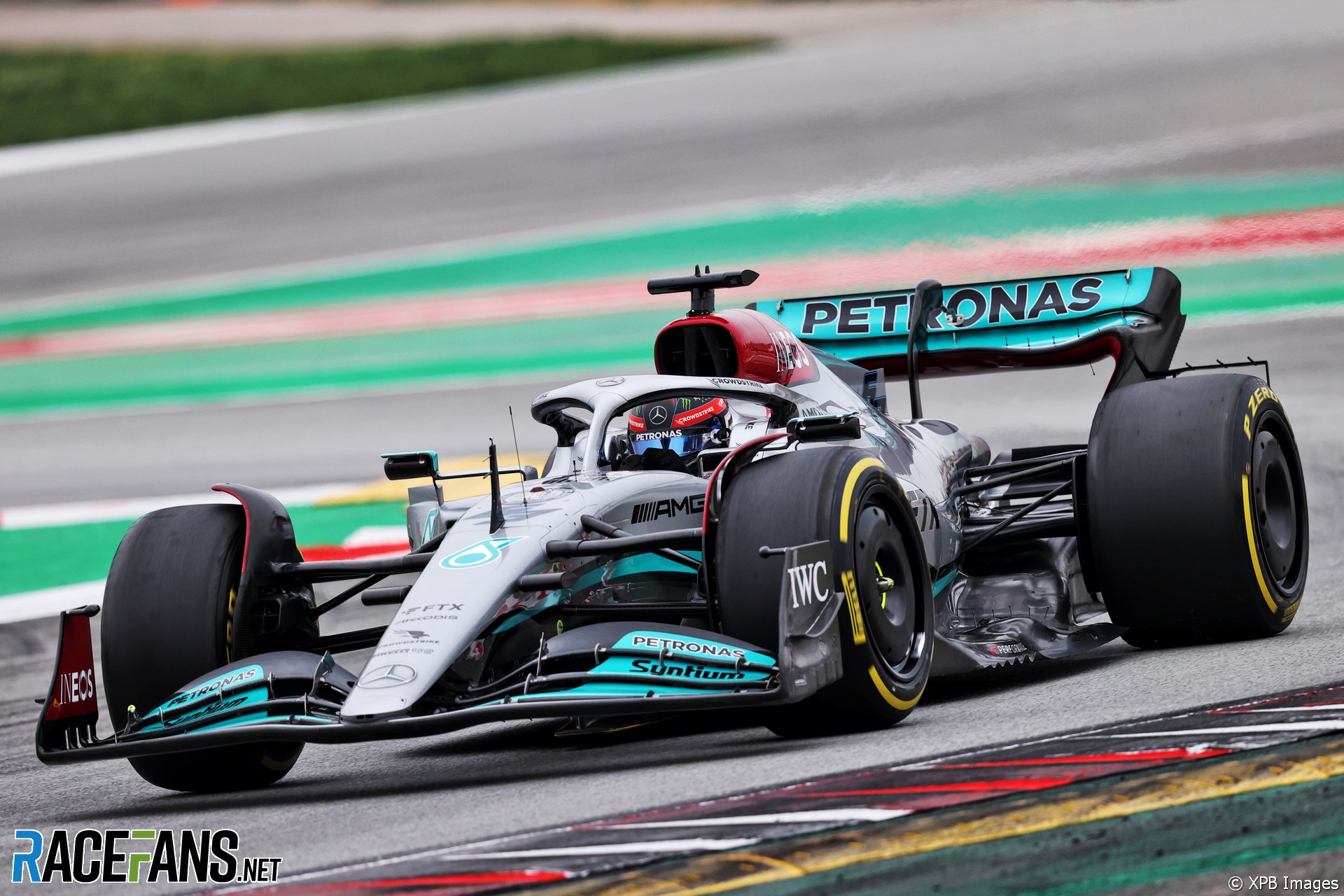 After a brief excursion across the Atlantic, Formula 1 returns to Europe for the Spanish Grand Prix and the traditional start of the ‘European’ phase of the championship.

With so many upgrades expected this weekend up and down the paddock and a direct comparison for teams to make to the first pre-season test in February, this weekend could be the most enlightening of the season so far in terms of how the rest of the year may pan out.

Here are the talking points for the 2022 Spanish Grand Prix.

How will upgrades affect the order?

For many years, the Spanish Grand Prix acted as a major milestone in the annual car development race that is so critical in Formula 1. As one of the earliest European races of the season, often the first, Barcelona was the most cost-effective early-season event for teams to introduce major upgrade packages forged by applying the knowledge learned over first few rounds of the year.

For Mercedes the race offers an opportunity to benchmark the radical ‘zero’ sidepods with the more conventional design they ran at this track for the first pre-season test. Will that shed more light on the porpoising problems which have vexed them ever since? Could they even contemplate a ‘downgrade’ back to the original specification?

This weekend is also a vital one in terms of data collection, as teams will be able to directly correlate data directly against the three days of running their completed at the opening pre-season test. While the first test was far more about understanding the basics about the all-new cars and troubleshooting reliability issues than it was about actual car performance, it will be intriguing to see how rapid the rate of development on these new cars has been since February and what the difference in lap times are this weekend.

Can Verstappen and Red Bull claim a hat trick?

The Miami Grand Prix broke the streak of Charles Leclerc and Max Verstappen trading wins in the early phase of the season, Verstappen claiming a second successive victory around the temporary circuit.

The pair have been virtually inseparable on track so far this season, fighting wheel-to-wheel at almost every race weekend in this young championship. However, Ferrari will have reason to feel a little nervous heading to Barcelona after two races in a row where Verstappen appeared to have the superior pace over Leclerc.

Two main factors have separated the Red Bull RB18 from the Ferrari F1-75 over the last two rounds. The first being the Red Bull’s superior top speed.

In both Imola and Miami, Verstappen and Sergio Perez’s maximum velocities through the speed trap on Sunday were faster than Leclerc and Carlos Sainz Jnr’s. And it’s not just an advantage for Red Bull in qualifying: it also has helped Verstappen to pass Leclerc with the use of DRS twice in the last two race weekends – the sprint race in Imola and the grand prix in Miami.

For Ferrari, the bigger concern is their tyre graining problems. Over the last two rounds, Leclerc has been come away from being beaten by Verstappen pointing to tyre graining as a major factor for why the Ferrari has been unable to keep the Red Bull behind it once it found itself ahead. Heading to a track that the drivers all know best in the Circuit de Barcelona-Catalunya, putting what Ferrari learned from testing into practice will be vital if they want to keep Verstappen from a hat trick of wins.

One of the most fascinating storylines heading into the 2022 season was the arrival of George Russell at Mercedes and how the young driver would fare at the front of the field after three seasons struggling to score points in a Williams.

Few may have predicted however that five races in, Russell would be sitting 23 points ahead of his seven-time world champion team mate, Lewis Hamilton, in the drivers’ championship. A fete achieved in large part due to Russell’s unbroken record of finishing in the top five of every race so far this season.

While Mercedes have been totally unable to challenge their rivals ahead of them so far due to the extreme porpoising and lack of overall cornering performance by comparison, Russell has still managed to be the first car over the finish line that isn’t a Red Bull or a Ferrari at three of the first five races of the season – beaten only by his team mate in Bahrain and Lando Norris in Imola. A fortunate Safety Car may have had a big part to play in his fifth-place finish in Miami, but Russell has constantly put himself in positions to take advantage of problems for cars ahead or when a Safety Car offers him an advantageous pit stop.

As Mercedes continue to try and figure out a solution to their performance deficit, having Russell continue his streak in Spain will go a long way to limiting the damage in the constructors’ championship.

Will Alonso enjoy a change of luck?

If Russell has arguably scored more points than many would have expected given his car, than Fernando Alonso amassing a total of only two points after five rounds feels almost too low to believe.

After a ninth-place finish in the season-opening Bahrain Grand Prix earned him two points to kick of the year, Alonso was running in seventh in Saudi Arabia when his car overheated suddenly and forced him into a slowdown mode that would ultimately lead to his retirement. He looked on course for a top five grid slot in Australia before hydraulic failure sent him into a gravel trap and ruined his race weekend. Contact with Mick Schumacher in Imola effectively ended his race within second of the start.

What happened in Miami was ultimately down to Alonso himself. After a strong start, Alonso struggled to find a way by Pierre Gasly until ultimately clattering into the AlphaTauri driver in a clumsy move at turn one, earning him a five second time penalty, which Alonso later accepted was justified. Then, he missed the chicane at the back end of the circuit twice in the final five laps, earning another five second penalty to demote him out of the points.

Alonso therefore returns to his home Grand Prix with a full crowd in attendance for the first time since his comeback to the sport – surely the perfect setting for him to finally achieve the strong finish he has probably deserved so far in 2022. And with team principal Otmar Szafnauer having confirmed more upgrades for Alpine this weekend, he may have as good a chance as any this season.

Will new ground effect cars pass their biggest test yet?

The years of behind-the-scenes development work put into perfecting 2022’s technical regulations ahead of this new iteration of Formula 1 were likely done with circuits like Barcelona very much in mind. After four rounds, of which three were held at “street” circuits and one rain-affected race at Imola, this weekend will be the first at a conventional permanent circuit since the opening round in Bahrain.

While a popular enough circuit with drivers in terms of its variety of corners mixing long, sustained turns, long straights and a slow speed final sector, Catalunya has rarely been among the most exciting of racing venues in Formula 1, mainly due to the dirty air effect making it very challenging for drivers to follow rivals closely enough to take advantage of the various overtaking opportunities that other forms of racing seem to exploit.

The fiddly chicane in sector three may remain, serving to stretch cars out just before the round the final corner and onto the longest straight on the circuit, but with drivers having been vocal about their ability to run closer to cars ahead in the opening races so far, this weekend could prove a striking test of the new cars and whether they truly are more conductive to overtaking and good racing like Formula 1 hoped they would be.

Are you going to the Spanish Grand Prix?

If you’re heading to Spain for this weekend’s race, we want to hear from you:

Who do you think will be the team to beat in the Spanish Grand Prix? Have your say below.

21 comments on “Does anyone have a ‘killer upgrade’ for Catalunya? Spanish GP talking points”