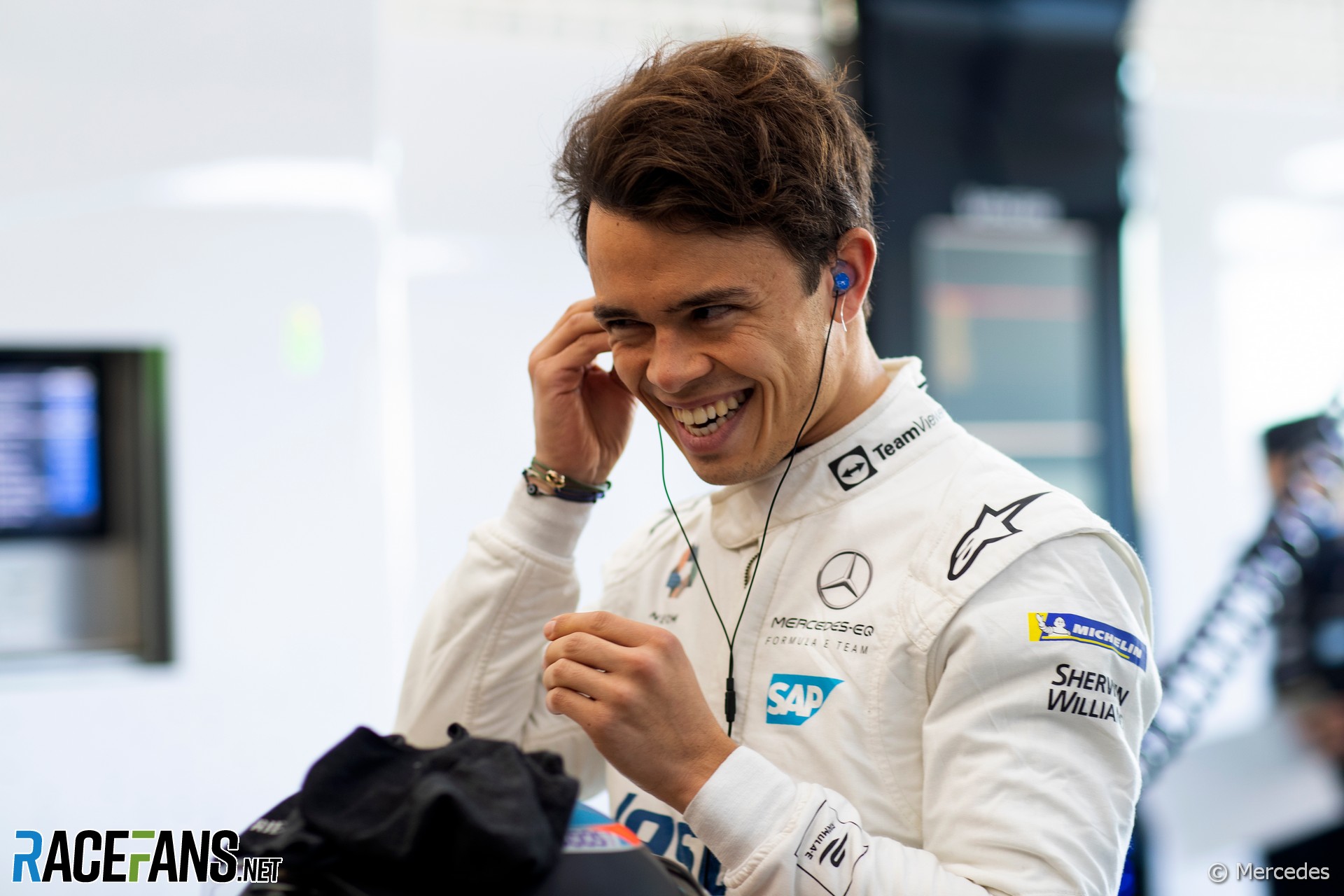 Formula E world champion Nyck de Vries will drive in Friday’s first practice session for Williams when he steps in for Alex Albon in Barcelona.

The 2019 Formula 2 champion will run in the first practice on Friday morning – the first time he has participated in an official F1 session in his career.

De Vries says he was grateful to Williams for giving him an opportunity to driver the FW44 on Friday.

“It’s great for me to get to know the team and drive the FW44, and also to get myself out on track during a Formula 1 weekend,” De Vries said. “Preparation for the test is going well so far and the team have been incredibly supportive of me. I’m very much looking forward to the whole experience in Spain now.”

Williams’ head of vehicle performance, Dave Robson, said that De Vries will complete engineering test runs for the team during the morning session.

“We are looking forward to having Nyck de Vries in the car for FP1 as it is always good to work with a new driver and get a fresh opinion on the car’s strengths and weaknesses,” said Robson.

“Nyck’s experience and professionalism will be crucial on Friday as he will complete some of the key engineering tests in FP1 before he hands the car back to Alex for FP2.”

The decision to run De Vries comes after Williams CEO Jost Capito admitted that he had been considered for a potential race seat for 2022, before the team instead opted to sign Alex Albon to the seat.

As a former McLaren junior, De Vries separated from McLaren in 2019 and established a relationship with Mercedes. As well as racing for the Mercedes EQ Formula E team and claiming the series championship in 2021, De Vries has also completed two previous days of F1 testing for McLaren, in 2020 and 2021, most recently at the post-season test in Abu Dhabi last December.