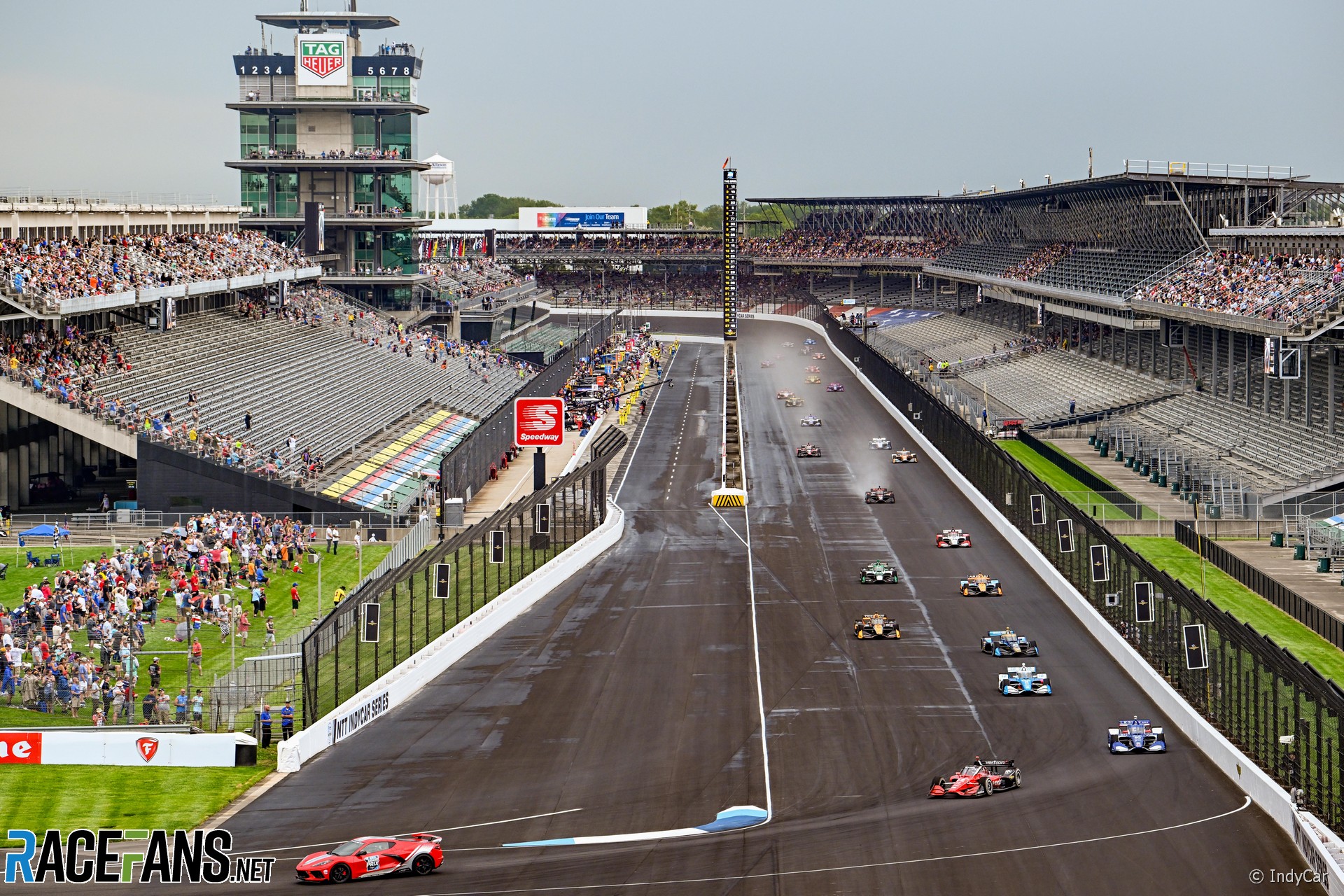 Christian Lundgaard blamed poor visibility for running into Callum Ilott at the finish of the Grand Prix of Indianapolis while under full course caution.

IndyCar rookies Ilott and Lundgaard crossed the finish line under yellow at the end of the race in seventh and ninth place, respectively, but Lundgaard drove into the rear of Ilott’s car as the field was taking the chequered flag behind the pace car.

Lundgaard struck Ilott from behind as the two drivers exited turn 14 on the final lap. With heavy rainfall on the track, the amount of spray left Lundgaard unable to see Ilott’s car in front of him until it was too late. Both drivers were okay after the collision and were released after evaluations in the infield care centre.

Lundgaard said he “couldn’t see anything,” in his post-race remarks.

“I was pretty much complaining for the past ten laps, just poor visibility,” he said. “I’m grateful both of us are okay. We met each other in the medical room. Not the place I want to see him, but we’re both good.”

The former Alpine Academy prospect described his ninth-place finish as “not the result we expected.”

“I mean, we might have crossed the line [in] P9, unfortunately hitting Callum over the line. We’ve got to go out next time, and hope we can get it at the Indy 500.”

Ilott came across the line in seventh position, but was moved back to eighth place in the official results for overtaking Takuma Sato under a yellow flag.

“Bit of an up and down race, I think,” Ilott said of his race. “We had to find our feet a little bit, at the beginning. I managed to start making my way through, and have some really good running on the kind of mixed conditions. And then we were kind of a bit late with one of the calls to box towards the end for the wets. We dropped a couple of places, but I managed to make a few of them back.”

“I just couldn’t see anything at the end,” he said of the closing laps. “I think it was more of a survival, hang on, at that point. So much water and spray everywhere.”

Ilott’s career-best eighth place finish was also Juncos Hollinger Racing’s best-ever IndyCar Series finish. The team perhaps best known for bumping two-time Formula 1 World Champion Fernando Alonso out of the 2019 Indianapolis 500, had not finished better than 15th since making their IndyCar debut – and no better than 16th since returning to the series as Juncos Hollinger Racing, late in 2021.

“For a single-car team, a top-ten, top-eight result – eighth is a real reward in this race,” said Ilott. “What an amazing result – let’s try and get some more.”

Both Lundgaard and Ilott will now turn their attentions towards their Indianapolis 500 debuts later this week.