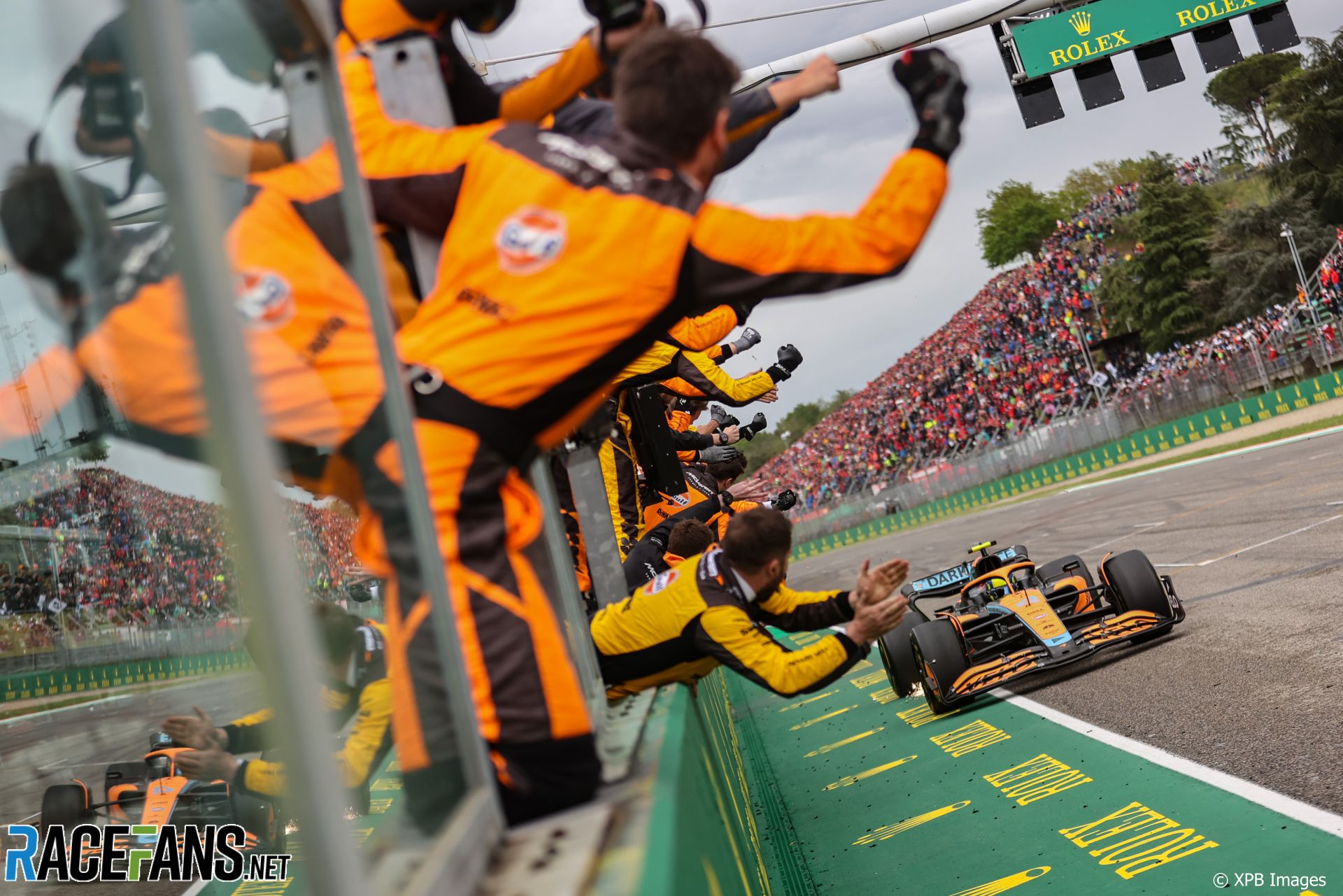 The team’s results have steadily improved since its point-less start to the season in Bahrain. Norris and Daniel Ricciardo took fifth and sixth in Australia.

They repeated that result in Saturday’s sprint race. In the grand prix, Norris took advantage of the Ferrari driver’s problems to deliver McLaren’s first rostrum finish of 2022.

“It was a well-executed race by the team,” Seidl enthused. “A great drive from Lando, he had it under control at any moment in terms of tyre management, in terms of risk management as well.

“Great pit stops again from the team. It’s great to see now that we have this consistency in there as well.”

Seidl said the result gives the team more confidence in its car. “It’s great to see that we have a confirmation now that Melbourne was not just a one-off, but that actually the MCL36 is a good car and the solid foundation for all the further developments that are in the pipeline now.

“It was great to see under the conditions this weekend we were competitive and that we have been, in the end, the third-fastest team this weekend.

“Of course, scoring a podium under the current situation means that two cars need to have an issue, at the moment, from the Red Bulls and Ferraris, because they’re a big step ahead in terms of performance. But at the same time, it’s not just about performance, it’s about putting the race weekend together as well, which we did this weekend.”

He believes McLaren can expect to be as competitive in other upcoming races. “From what we’ve seen now in Melbourne and here as well is the car is working under all kinds of conditions and also at different track layouts, different ambient conditions, dry conditions and also on the wet tyres, which is very positive.

“But at the same time, if you look at the field where it is, it is very close between Mercedes, us, Valtteri [Bottas] and Kevin [Magnussen].”

Only one McLaren scored yesterday after Ricciardo was involved in a first-lap collision with Carlos Sainz Jnr. “Obviously it’s disappointing for him and for us because he had great pace as well all weekend,” said Seidl. “He feels comfortable in the car as well.”

Ricciardo’s rear diffuser was damaged in the incident after he was hit by Valtteri Bottas. “There was not a lot more we could actually do in the race,” said Seidl.

“We still tried to do an offset strategy then, going on the hard [tyres] because he was last anyway, but there were no opportunities coming up to do anything. So that’s a disappointment.

“But overall we go away from here with 22 points. We haven’t forgotten what happened in Bahrain. Great motivation for the entire team and to keep working hard in order to close this performance gap further to the Red Bulls and Ferraris.”