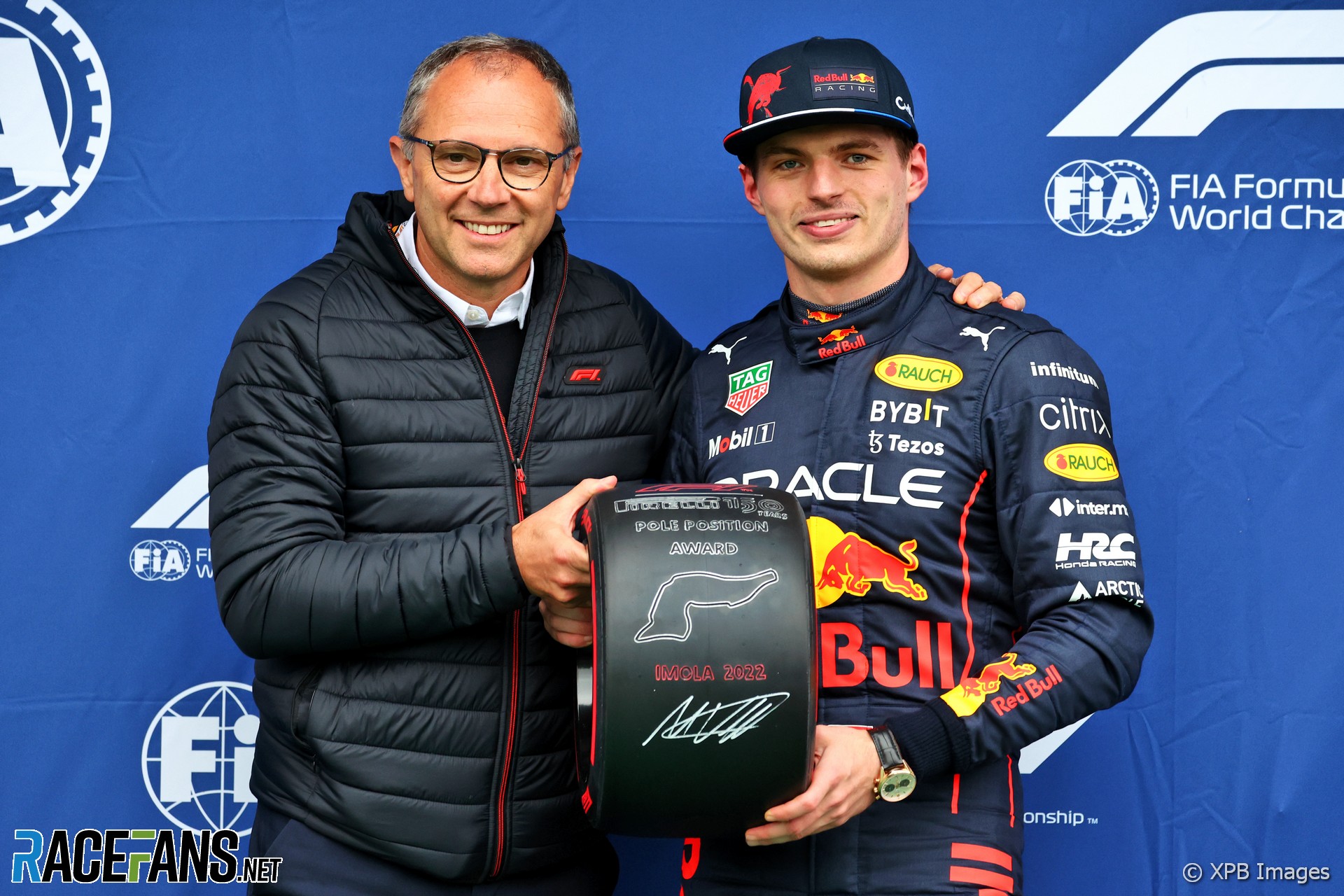 “I’m not a fan of the sprint,” Verstappen admitted yesterday. “It is what it is. Some like it, some don’t.”

Having trialled it at a trio of rounds last season, F1 is holding sprints at three more events this year, starting this weekend. But despite having tweaked the format, F1 hasn’t won over the world champion, and other drivers also see further room for improvement.

Charles Leclerc says he appreciates the shortened sprint event Fridays, which feature a single practice session before qualifying. But he believes the sprint race should not decide the grid for the grand prix as is currently the case.

“I quite like the Friday, to be honest, just because a normal Friday is normally pretty boring,” he said. “We have FP1, FP2, FP3, lots of practice. Now, it’s straight to the point so I quite like this.

“Then, for the Saturday I believe we could do something better. [Perhaps] having a stand[alone] race that doesn’t affect Sunday’s race, to have a bit more action on the Saturday and people taking a bit more risk.”

His Ferrari team mate Carlos Sainz Jnr has the same criticism of the sprint raceformat. “I agree with Charles on the sprint idea,” he said. “It’s something that we are discussing with FOM and FIA to maybe spice up a bit the sprint weekend.”

Pierre Gasly is another of the sprint race sceptics.

But not all drivers appreciate the reduction in track time on Fridays. Lando Norris says it won’t help McLaren get to the bottom of the difficulties they’ve had with their car since the start of the year.

“We’re still figuring out a lot of things with the car, we want just as much running as possible to keep the learning going consistently,” he said. “So when you have something like this, you can’t try as many things with the car, you don’t learn as much from FP1 in terms of you don’t have the time to do aero runs and all of this kind of stuff.

“So it definitely slows down the rate of development or understanding you can you can gain. We’re still learning from different conditions so we will still be able to learn different things over practice, qualifying and the race and so on but maybe just not as much as what we would on a normal weekend.”