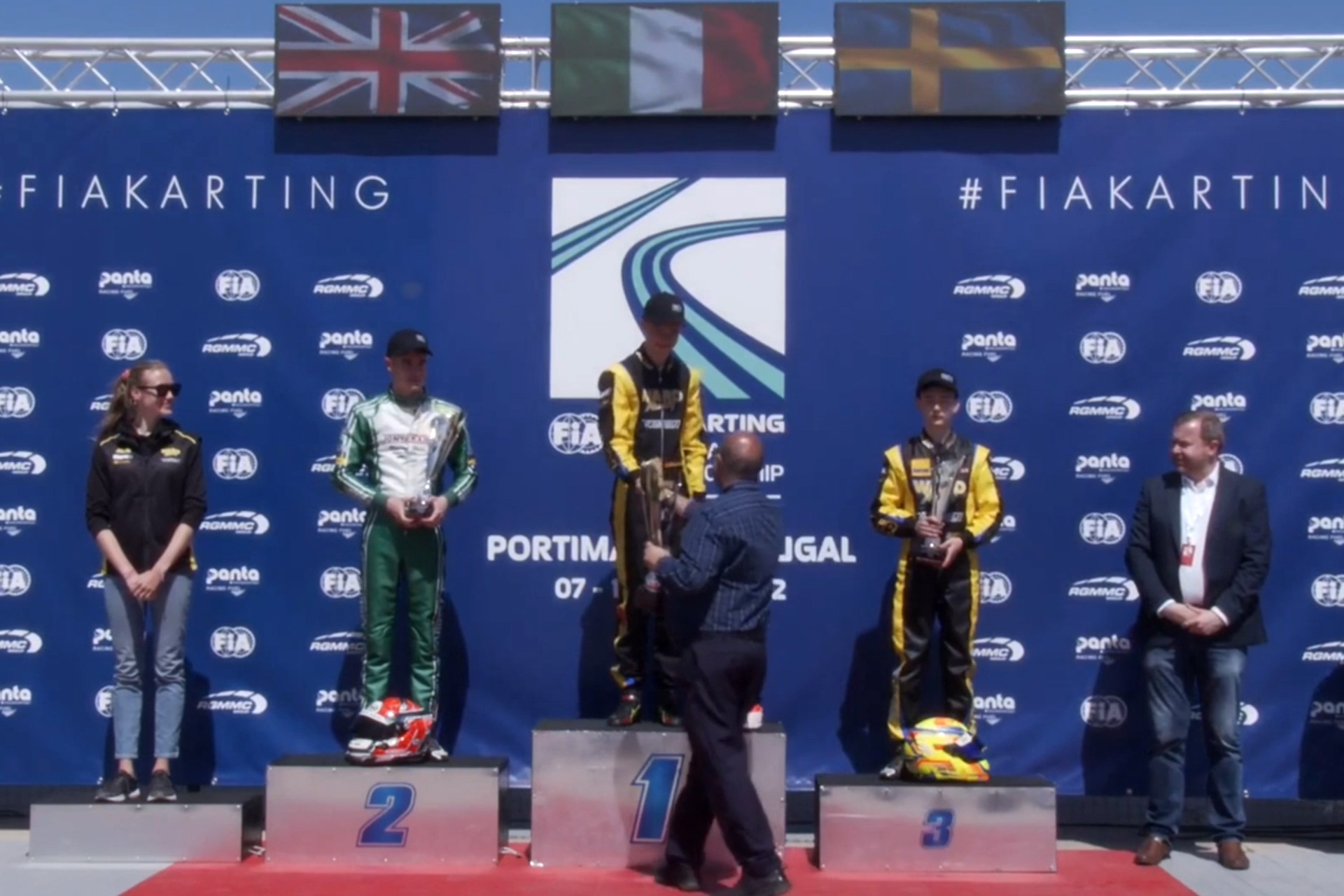 The FIA has summoned Artem Severiukhin to a hearing tomorrow over his actions on the podium during the European Karting Championship in Portimao.

Severiukhin won the event on April 10th before performing what appeared to be a Nazi salute during the podium ceremony.

The following day the FIA announced it intended to investigate the incident. Today the governing body of motorsport confirmed it will hold a hearing tomorrow. Severiukhin has been summoned along with his former team, Ward Racing, who severed their ties with the driver immediately after the race.

In a tearful apology posted on social media, Severiukhin said that the incident had been a misunderstanding. “I want to apologise to everyone for what happened yesterday at the European Karting Championships,” he said.

“Standing on the podium I made a gesture that has been perceived as a Nazi salute. This is not true. I have never supported and consider it one of the worst crimes in humanity.

“I race under an Italian licence and race under an Italian flag and the guys in front of the podium showed me it in Italy and it is not a custom. I hit myself in the chest three times in the heart area showing gratitude. I just wanted to make the gesture but how everything has happened I cannot explain.

“I know that I’m a fool and ready to be punished, but please, believe there was no intention in my actions and no support for Nazism or facism. For all of those that watched in the broadcast, excuse me.”

Ward Racing said it “condemns the personal actions of pilot Artem Severiukhin during the award ceremony on April 10th, 2022 in the strongest possible terms, as it considers them a manifestation of unsportsmanlike behaviour, an unacceptable violation of the ethical and moral sports codex.”

Browse all other motorsport articles