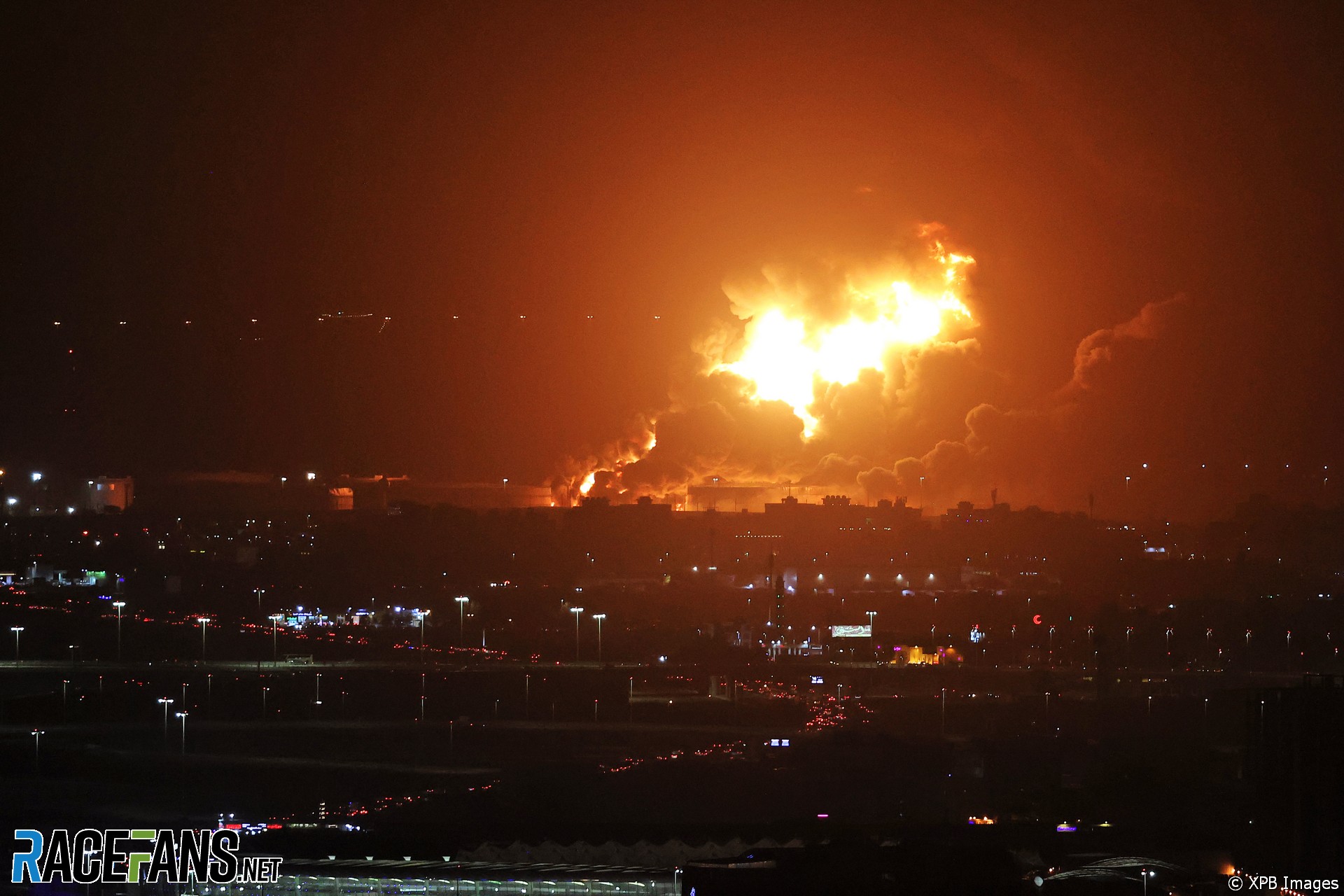 Formula 1 intends to return to Saudi Arabia despite the concerns drivers expressed about the race following Friday’s missile attack near the circuit.

An Aramco oil plant 10 kilometres from the circuit was attacked during F1’s first practice session on Friday. The blaze at the facility was visible from the track during the second session, held later that night.

While F1 and the FIA announced the event would continue as planned the 20 F1 drivers raised concerns over the safety of themselves and their team members. They met with team bosses and F1 representatives until the small hours of Saturday morning, eventually leaving the track at around 3am.

Drivers indicated they had been persuaded that calling off the race at short notice would be impractical. However some said they had been given assurances F1 would evaluate whether it was safe to return.

“Formula 1 promised us to reconsider all the events for the future, including this one, to make sure that we go to the right places, that they can guarantee our safety 100% always when we go there,” said Valtteri Bottas on Saturday.

Max Verstappen said he expects further discussions about the future of the race. “We had a long talk with everyone and eventually we all decided to race,” he said. “But for sure, after the weekend we’ll talk more about the whole situation.”

After the race some drivers expressed relief at being able to leave the country. “I’m so happy the weekend is done,” said Lewis Hamilton. “I’m also just so happy that everyone’s safe, and just looking forward to getting out.”

Asked whether he had any concerned about returning next year Hamilton said: “I just want to go home.”

However RaceFans understands F1 intends to return to Saudi Arabia. This year’s race was the second event in a 15-year deal to race in the Middle Eastern nation.

F1 plans to share further information with teams and drivers on the nature of the missile strike and the security arrangements which were made.

Speaking after the race Daniel Ricciardo said he was relieved that no further problems had arisen.

“There was very long discussions and it was just firstly good to have such an open discussion, not only amongst drivers, but really with all the big dogs, if you will. I think after that we felt more comfortable and at ease.

“Truth be told, the weekend as far as I know ran pretty smoothly. So let’s say the things we were assured seemed to be the case, and that’s all we can say for now. I haven’t thought too much further beyond that, but I knew the rest of the weekend, I guess ran to plan.”

However he indicated the drivers were dissuaded from pressing for the cancellation last weekend’s race out of a concern for the potential consequences.

“I don’t want to get into what was talked about, but I’ll be honest with you, these were things that were also discussed in terms of every action also has a reaction.

“Many things were considered, you could imagine, in four and a half hours what was talked about, every topic under the sun. But of course it wasn’t, obviously, us drivers were the ones making the calls, but there was a lot of other things and personnel in consideration.

“So there is obviously a situation as well where we never want to be seen as obviously selfish in the actions we take. We don’t want to be too self-absorbed and affect others with our decisions as well.”

In an interview on Saturday F1 CEO Stefano Domenicali denied the sport had ignored ethical concerns around the race due to the value of its contact with Saudi Arabia.

“I don’t think that is a right consideration because no one can judge our morality, to be honest, on that respect,” he said. “So I think that [there] is a method of putting in place all the different things that has to be considered.

“I mean, where is the line? That’s the question. And our position is always, and it will be always that, we do believe that what we are doing will have a very positive impact in all the political situations for the best of our life and at our level. So this will be always the consideration that we’re going to take for our future in the sport all over the world.

“Because the good news is that Formula 1 is in a great moment where a lot of countries would like to host that. And of course, that could be a consideration that we need to consider for the future.”