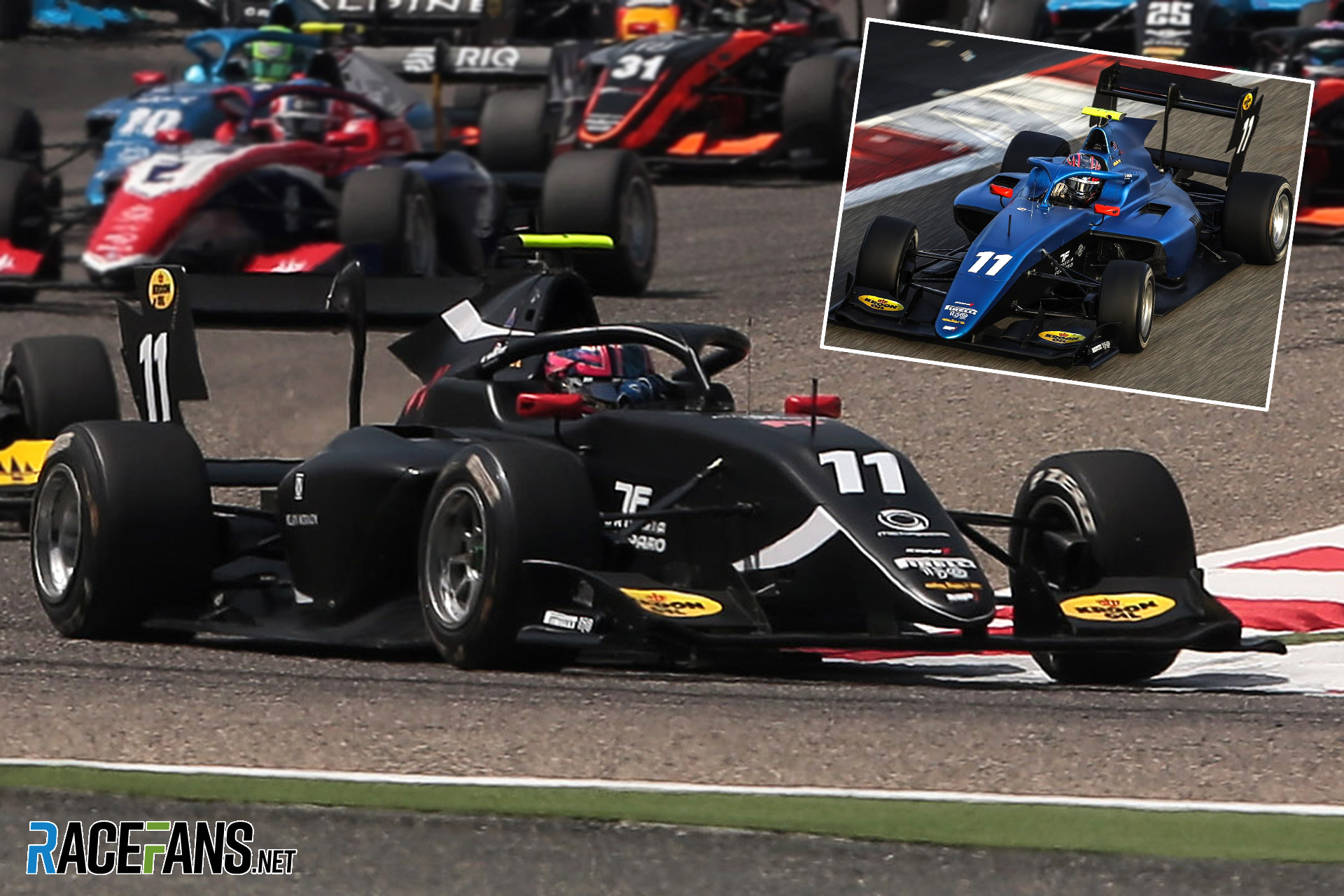 Russian Formula 3 Alexander Smolyar finished third in today’s season-opening race after entering the championship as a neutral competitor and switching to a plain black livery.

Smolyar initially announced he would withdraw from F3 after the FIA imposed restrictions on Russian competitors in reaction to the country’s invasion of Ukraine.

“I stand with the decision of SMP Racing to stop its European program as a result of an unprecedented requirements that FIA put on any Russian driver as a condition for access to international competitions,” Smolyar stated last week.

However, he was later confirmed as part of MP Motorsport’s line up on the day before practice for the opening round of the new season season.

Unlike his team mates Caio Collet and Kush Maini who are running MP-branded blue cars, Smolyar’s car has been converted to a black livery.

The FIA confirmed Smolyar, who is competing as an Authorised Neutral Driver, has signed its driver agreement. Amongst other stipulations banning the display of Russian national flags or symbols, it stipulates that drivers will forfeit their right to competition if they express support for Russia’s invasion of Ukraine.

Smolyar finished third at today’s opening race in Bahrain. No national flag was displayed above him, or second-placed Oliver Bearman of Great Britain, on the podium.

Speaking after the race, Smolyar said there had been no guarantee he would have been able to take up his seat this year. “I would say thanks to MP, because there was some difficulties in the beginning and then we basically found a solution to sort it out and then basically just happy to be to be here.”

He added he was “trying not to think about it too much. I just focus on racing. I know this is a difficult, difficult time, but I’m also trying to focus on my job.”

It remains to be seen whether Smolyar will be able to complete the rest of the season, all of which takes place in Europe, where Russian sportspeople face growing restrictions. Motorsport UK announced earlier this month Russian licence-holders will not be able to compete in British events. F3 is due to race at Silverstone in July.