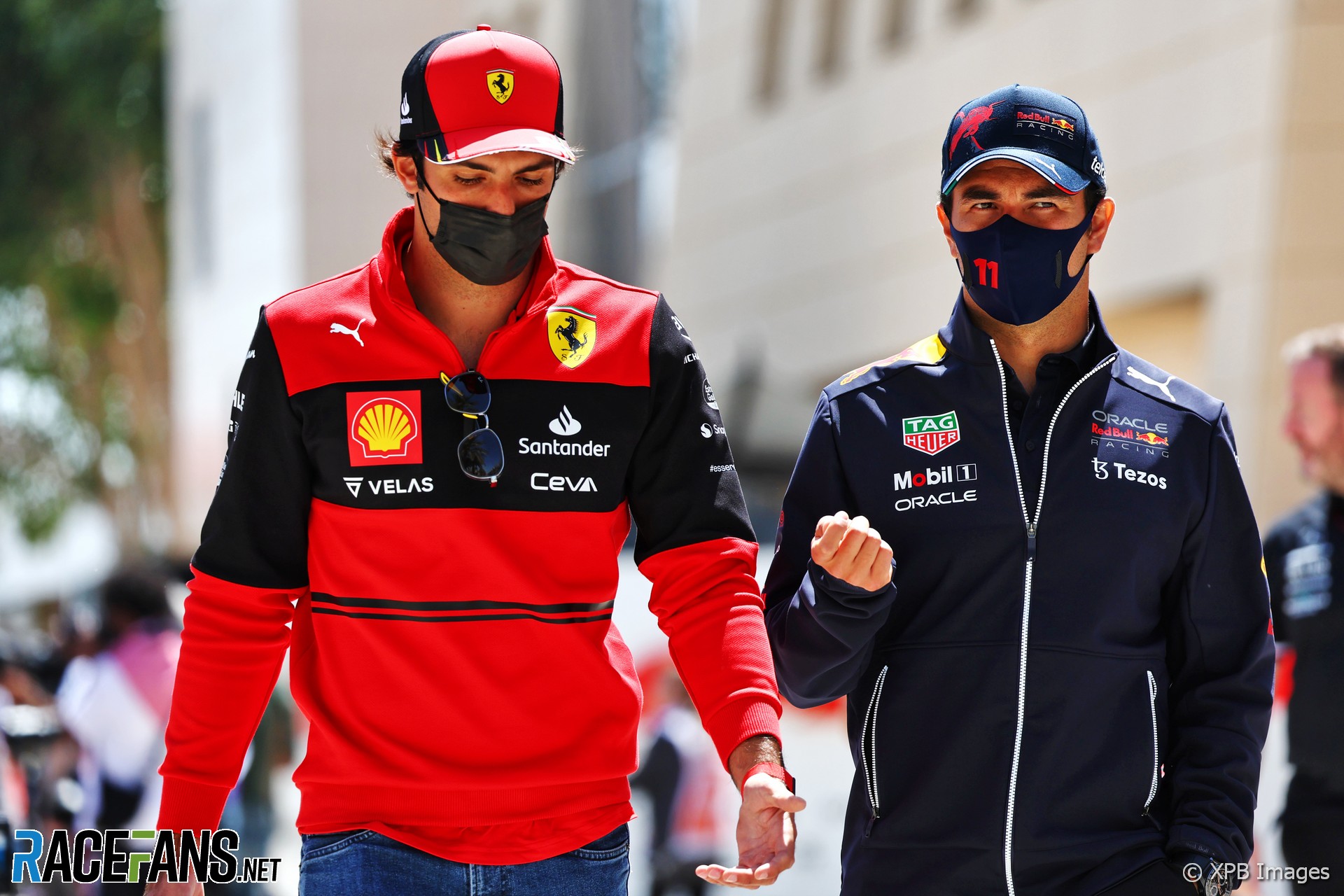 Formula 1 drivers Sergio Perez, Valtteri Bottas and Carlos Sainz Jnr believe drivers should be given more freedom to participate in races if they test positive for Covid-19.

Current restrictions enforced by F1 demand that any member of the paddock who returns a positive Covid test must isolate until they return a negative test.

Two drivers tested positive for the coronavirus in a one-week period leading up the to opening round of the season. McLaren’s Daniel Ricciardo missed the entire second pre-season test after falling ill with the virus and admitting he did not feel well enough to drive. Aston Martin driver Sebastian Vettel was later forced to miss this weekend’s race after returning a positive test earlier, being replaced by Nico Hulkenberg.

However Perez – who missed two races at Silverstone in 2020 after testing positive for Covid – believes drivers should be allowed to race even if they are confirmed to be positive with the virus, provided they feel well enough to compete safely.

“I think Covid has evolved so much that I think the best judge will be ourselves to know,” said Perez. “Like Daniel said, probably he wouldn’t have been able to race, but maybe there are other people, other drivers that get Covid and feel okay.”

After the international rollout of vaccination programmes last year and many nations such as the United Kingdom completely lifting measures designed to prevent the spread of the virus, Perez believes F1’s approach is at odds with many places around the world.

“You see with some countries as well, it feels like the world is fully open, but Formula 1 is still very restrictive with the Covid thing,” he said. “So I think we should leave it up to the driver to decide.

“I think we all have raced once in our lives while feeling really bad health-wise and we are the judges to say, ‘okay, we can race the way we are at the moment’, or we can simply not. So if the driver feels comfortable to race like that, I wouldn’t think it’s a problem. The world seems to have moved up from it.”

Carlos Sainz Jnr said the nature of Formula 1 makes it more plausible for its competitors to compete with Covid safely compared to other sports.

“If there is a sport that I think you can compete without spreading the virus too much or at least zero, I think it is Formula 1,” said Sainz. “I think you could do all the meetings back in your hotel room, arrive to the paddock 15 minutes before the session with your suit and your helmet on, jump in the car and go.”

Sainz says drivers should be allowed to make the call over whether or not to race with the virus, rather than being compelled to miss races just because they test positive.

“Personally, I feel like if I get Covid and you’re in the middle of a championship fight or very important thing, I would struggle to accept missing a race if I’m feeling well and I’m feeling perfectly fit,” Sainz said.

“If I’m feeling bad, I would be the first one to raise my hand and say ‘I cannot race’ and the third driver needs to jump in. I think it’s an interesting case that we should investigate because I think our sport gives us that opportunity to maybe be a bit more protected and less spread. And yes, I think it should be up for the driver to decide.”

Valtteri Bottas echoed his colleagues’ views that drivers should have the power to race if positive, but only under carefully controlled measures.

“I also feel like it should be a call for the driver,” he said. “I would vote for yes, it should be allowed, but only in a way that it can be made sure that there’s no risk of spreading it further.

“I think maybe then for someone who has Covid, there should be definitely an extra protocol to make sure no other team member gets affected, because obviously with every person, the symptoms can be different – for some, less risky, for some more risky. So I think that’s the question mark.”

Despite agreeing that there should be more freedom for drivers, Bottas admits he is “uncomfortable” with how drivers are coming into closer contact with fans in the paddock who are not wearing masks and could potentially be contagious.

“I think it’s good to see that we’re starting to, in a way, live with it, but obviously it’s still around, and I think in the end it’s a lot about common sense,” he explained.

“The only concern for me, like today, arriving at the paddock and there was quite a bit of fans who were taking selfies and none of them wear a mask and they get pretty close. So then I feel uncomfortable. So for sure I keep my distance, but it’s a lot of common sense. In the end, we need to live with it.”

33 comments on “‘Let us judge if we can race with Covid’, some drivers urge”