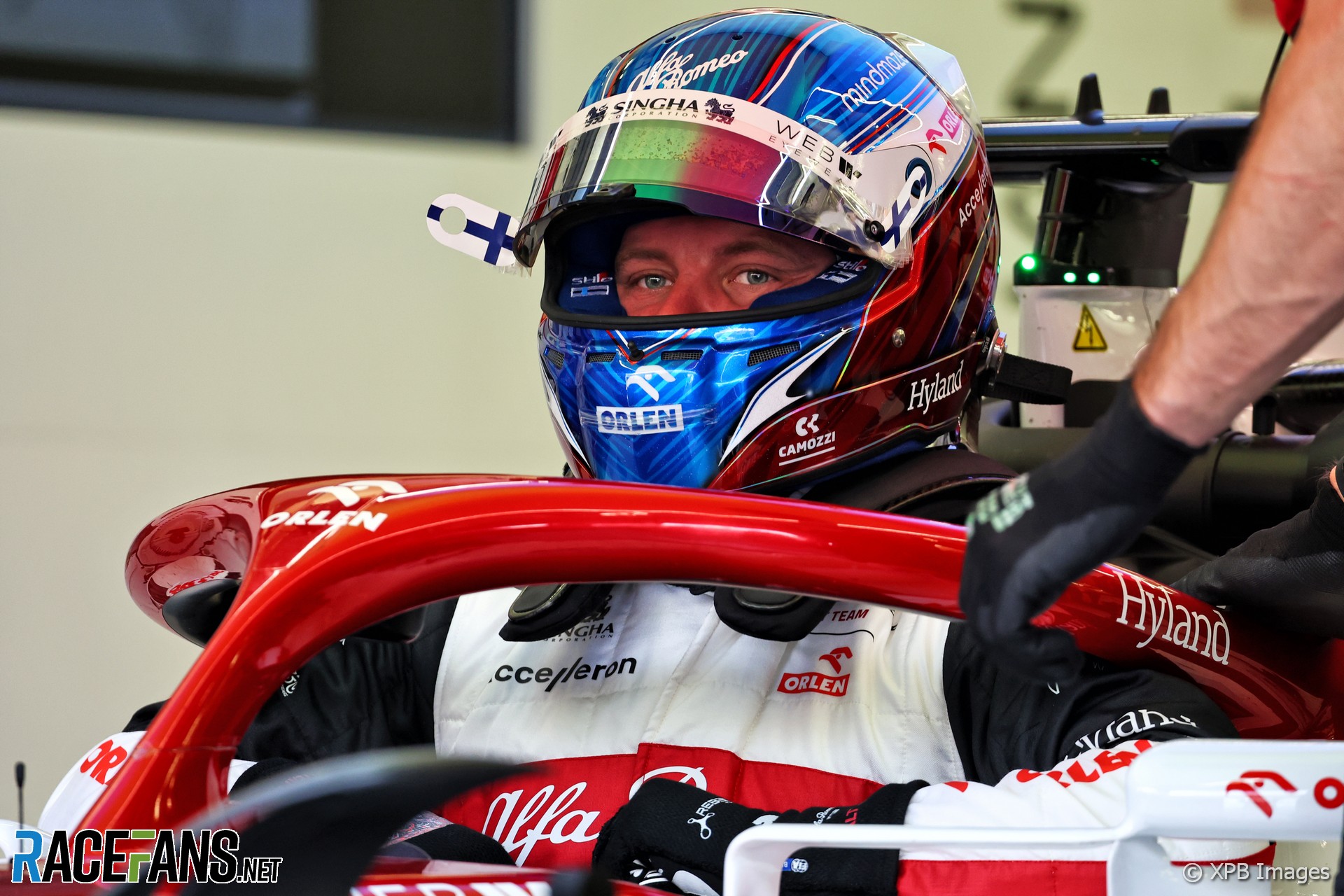 Valtteri Bottas is encouraged by the improvements Alfa Romeo have made with their car but is concerned about whether they can complete a race distance.

The team enjoyed a more productive second test in Bahrain after covering the fewest laps of anyone at Circuit de Catalunya two weeks earlier. But Bottas is concerned they may not have fully got on top of all their reliability problems.

“I’ll be more confident once we speak with the team next week and when I hear that all the issues we understand 100% and we make sure that they don’t happen again,” he said in response to a question from RaceFans. “Because at the moment now my biggest concern is doing a race distance.”

“We’ve had multiple different kind of issues during this test, but we’ve been able to fix them and we just hope there’s no new issues coming up.

“Otherwise, in terms of performance, my feeling for now is that the team has made a clear step from last year. And that’s nice to see. You know testing, we can’t say in detail, but it’s not far off where we should be.”

After ending the final day of testing with the fifth-fastest time, Bottas said he is feeling increasingly at home in his C42.

“When it works, it’s not bad,” he said. “I was really starting to like the car. Both high fuel and a little bit lower fuel it felt pretty decent. We got a clear direction on the set-up that we still need to go to extract more performance.”

“Still, it’s not easy in general to turn the car quickly and early enough in the corners. I think it’s also a characteristic of the new tyres, they are quite weak on the combined braking [and steering], the front tyres especially.

“It was a good day for learning and the main thing is we just need to fix all the issues we’ve been having now.”