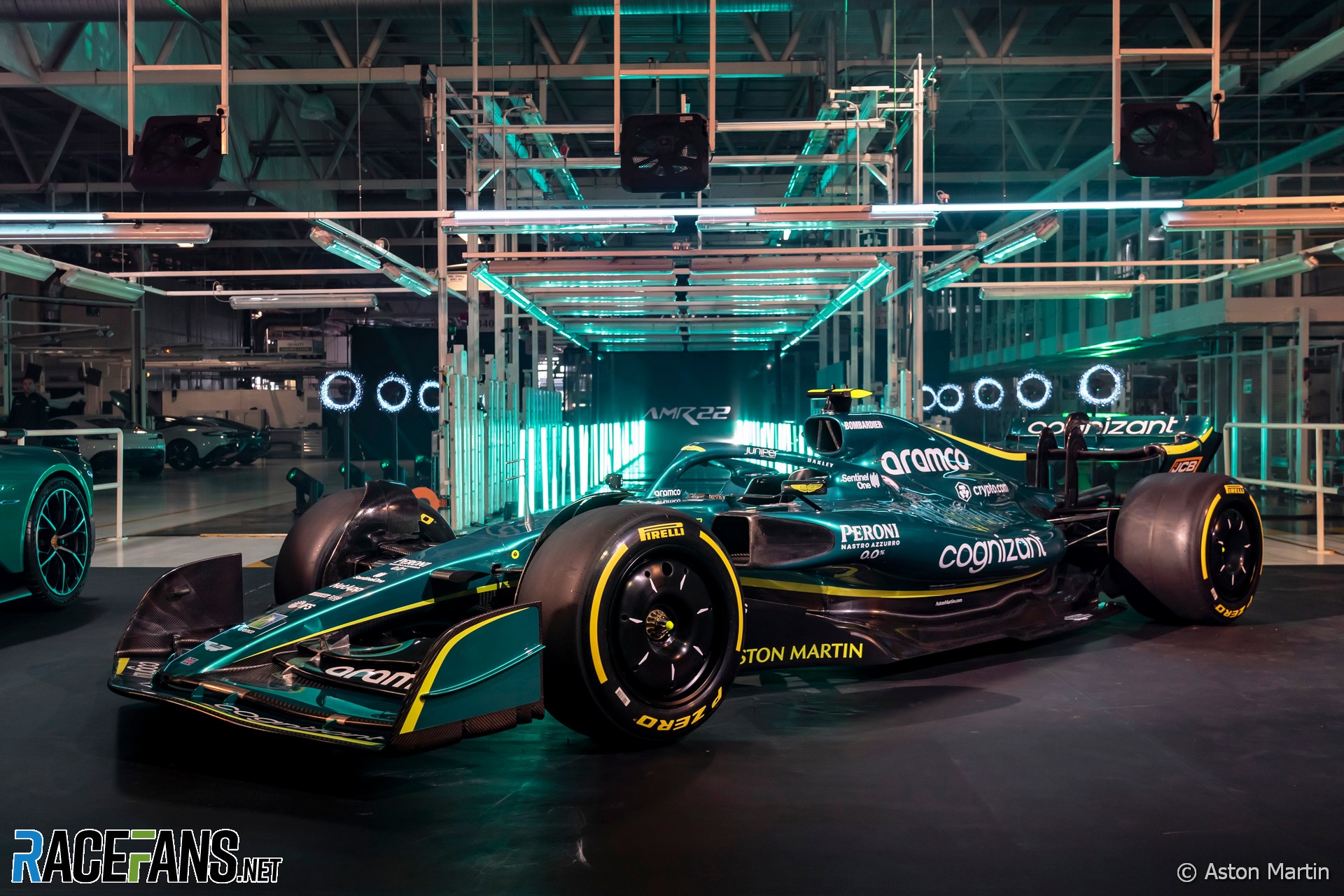 Aston Martin has revealed the AMR22, its new car for the 2022 Formula 1 season.

The design team behind the car was headed by chief technical officer Andrew Green, who said the new regulations for the coming season were a “massive challenge” to take on.

“The philosophy for the AMR22 is about being open-ended and giving ourselves flexibility,” said Green.

“No one has all the answers to maximising the regulations yet, so initially it’s about avoiding development cul-de-sacs – that was the key message to our design team. It’s a huge challenge, but everyone has risen to it, and we’re motivated to solve the questions that arise in development.”

The team expects to develop its new car quickly after the season begins.

“The AMR22 will be the first step in a lot of iterations in the year ahead, which will, in turn, forge the direction for 2023 and beyond,” said Green. “In lots of ways, this has been the busiest winter we’ve ever had because of the nature of such radically different set of regulations. There’s been very little carryover from 2021 into 2022.”

After winning a race in 2020 under its previous name Racing Point, the team fell back last year, finishing seventh in the championship. Green predicts the new rules will shake up the order among the teams this year.

“We expect to see a spread of performance across the grid early in the campaign, as there often is when
the regulations are reset, but I think you’ll see teams close up quicker than we have in the past,” he said. “So, we’re looking forward to getting out on track and finding out where the AMR22 stacks up.”

This article will be updated