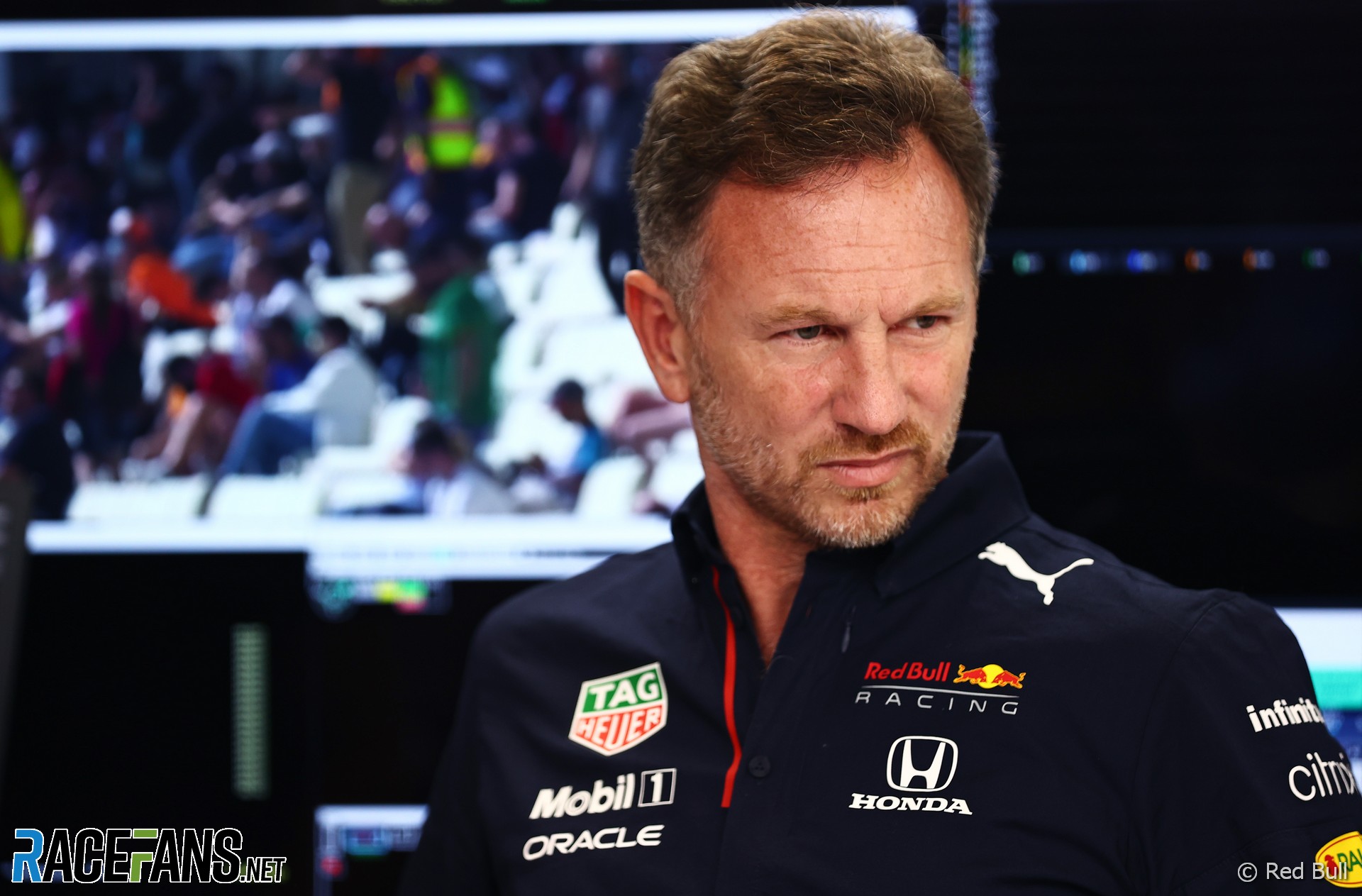 Christian Horner has accused Mercedes of pushing a “clear narrative” against Max Verstappen ahead of this weekend’s championship-deciding race.

The Red Bull team principal also claimed their rivals resent the competition they face from an opponent they regard as “just an energy drinks company”.

The teams and their drivers will duel for both the drivers’ and constructors’ championships this weekend at the final race of the season in Abu Dhabi. Verstappen and Lewis Hamilton arrived at the circuit level on points, while Mercedes have a 28-point lead in the teams’ points standings.

Horner sees Red Bull in a ‘David versus Goliath’ fight with their manufacturer rival. He said his team’s global clout “pales into insignificance” compared to the size of the Mercedes, despite Red Bull’s significant resources and past successes.

“If you think of the size of Mercedes globally, they must be one of the biggest automotive companies in the world,” Horner said. “The power that they wield with media around the world, I think we pale into insignificance in comparison.”

He referred to comments Hamilton made about his team in a 2011 interview, when he drove for McLaren. “As Lewis Hamilton indeed called us – we’re ‘just an energy drinks company going racing’.”

“I think that Mercedes Formula 1 team, they’ve become a machine the last seven or eight years during their period of dominance and obviously have the weight and power of the parent company behind them,” Horner added.

He feels Red Bull’s success this season and his team’s ability to challenge Mercedes all the way to the final round of the season has been a source of irritation for their rivals.

“I can’t believe it’s particularly comfortable being beaten by an energy drinks manufacturer as a major OEM [original equipment manufacturer] and that’s never sat comfortably,” Horner suggested. “We know that. It’s been made quite clear to us.

“We’re a team of racers. We’re going racing. We’ve got a phenomenal driver that’s driven his heart out this year. It’s been intense on-track and off-track and I do think that the spotlight – even the narrative in the last week of this ‘Mad Max’ scenario, calling him ‘crazy’ – there’s been a very clear narrative.”

Hamilton described Verstappen as “crazy” on his radio during the last race in Saudi Arabia when his rival forced him wide during one of their fights for position. He played down the remark yesterday.

“When we’re in the races, we will say all sorts of things because we are in the heat of the moment,” said Hamilton. “Adrenaline is firing, your emotions are on edge. So I would say that it’s a figure of speech. I think ultimately us racing drivers, we’re all a bit crazy to be able to do what we do and take the risks that we do.”

After a spate of run-ins between Verstappen and Hamilton from the middle of the season, Horner claims Hamilton has tried to play mind games on his rival through the public comments he has made.

“Lewis is a seven-time world champion, he’s the most successful driver of all time, he has a standing, obviously, within the sport,” said Horner. “What he says carries a lot of weight and I think that he has used every tool available to him to put Max under pressure this year. I believe – backed up by the Mercedes media machine – a huge amount of pressure has been placed on Max.

“What you’ve got to remember with Max is he’s just a young lad. He’s a 24-year-old that drives with bravery, with passion, with skill, with determination. He’s just a guy living his dream, doing his job, and he’s up against not only Lewis, but a huge machine in Mercedes-Benz. And I think, all credit to him.

“The way he’s handled that pressure this year and hasn’t been drawn into it hasn’t been sucked into it. He’s just gone about his business and he hasn’t changed – from Bahrain to Saudi – his approach or how he goes racing.”