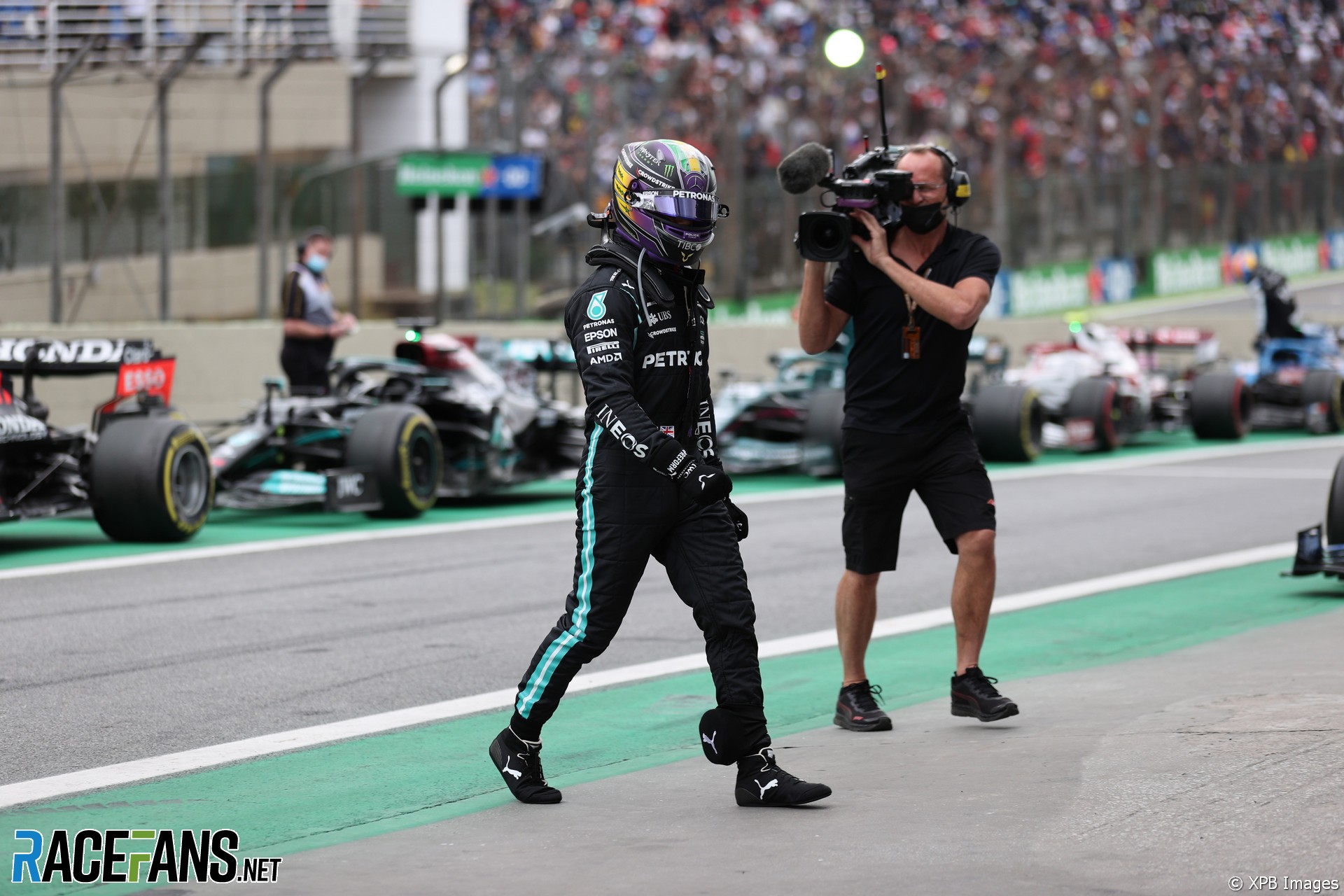 [raceweekendpromotion]Lewis Hamilton “had no idea” that his charge from 20th to fifth in Sao Paulo Grand Prix sprint qualifying would be possible.

The fastest driver in qualifying started from the back of the grid of Saturday’s 24-lap sprint as a result of a non-compliant rear wing which led to him being excluded from the results of Friday’s qualifying action.

He picked Pirelli’s more durable medium tyre to start on, but picked off three drivers on the more grippy soft compound almost straight away and was in 14th by lap two. Although some drivers posed more of a challenge than others, Hamilton was still able to overtake 15 cars to finish fifth.

As he still has to serve a five-place grid penalty for exceeding his maximum allowance of engines, Hamilton will start Sunday’s grand prix from 10th place.

“Honestly, I had no idea what was possible,” Hamilton said of his charge. “I didn’t set a limit or a maximum.

“I think when I was at the back of the grid just before the start, before we pulled away for the formation lap, I might have been able to see 10, and I was like: OK, that’s my goal. I’ve got to try and get as far up as possible.

“But then all of a sudden I was chipping away at it much faster. I really used a lot of different things for fuel today. I just never gave up, you can’t give up, you’ve just got to keep pushing.

“It was definitely tough and I think I was. Whilst the team were working on working away, delegating with the stewards, I was just trying to focus on my work with my engineers and keeping the morale with my mechanics high and just focusing on the job at hand.”

While Mercedes holds onto its constructors championship lead courtesy of Valtteri Bottas winning the sprint, Hamilton has dropped another two points back from Max Verstappen in their battle for the drivers’ title.

Hamilton said it was “devastating” to learn shortly before the sprint qualifying race that he would have to start from the back.

“But you don’t let that hold you back, [you] keep your head down and you’ve just got to keep going. So I quickly reset, got my mind focused on doing what I could do and just giving it my everything.”