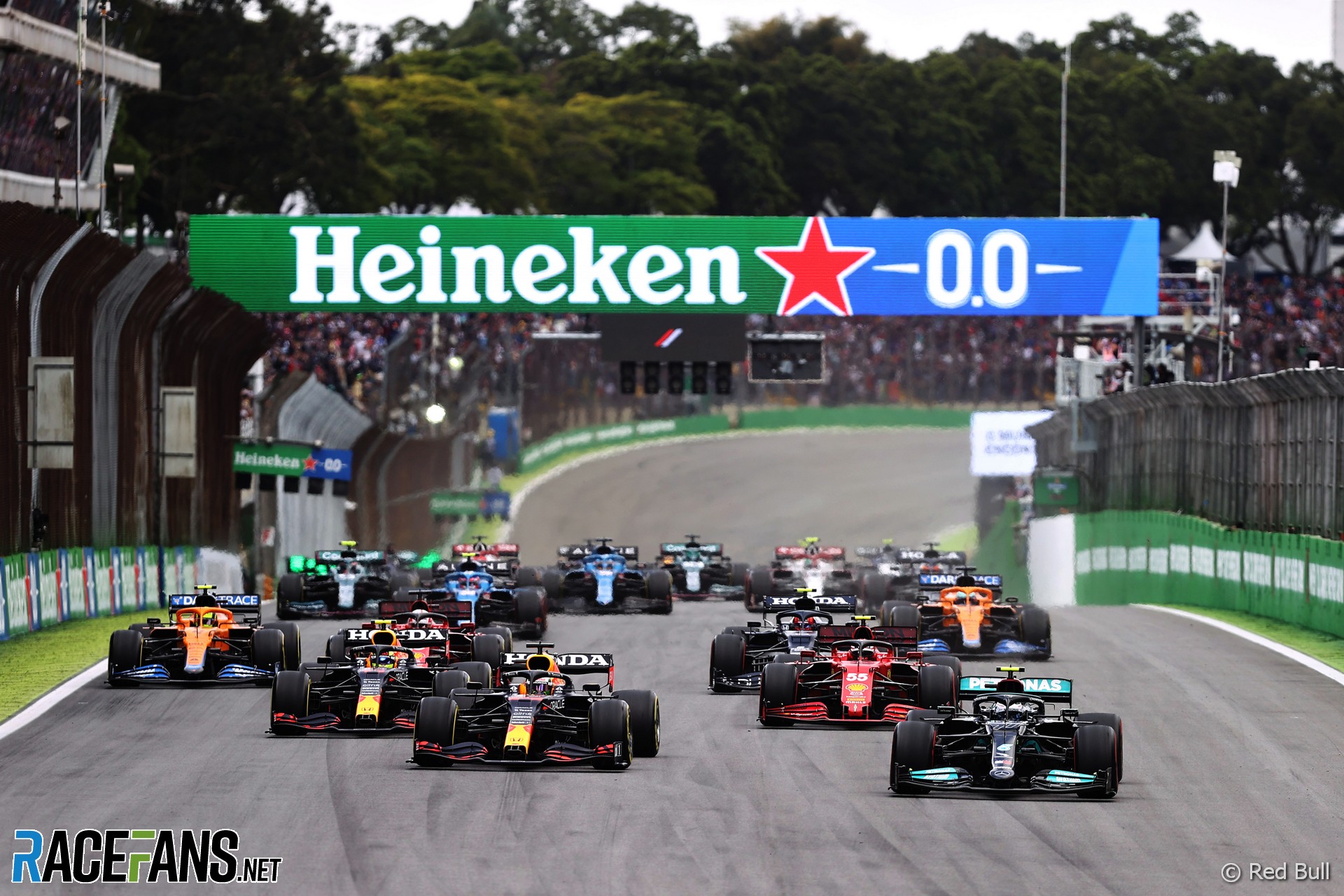 The Mercedes driver started second on the grid for the 24-lap race. With his soft compound Pirelli tyres providing more grip than the mediums used by Red Bull’s Max Verstappen ahead of him, Bottas immediately shot past him at the start.

Ferrari’s Carlos Sainz Jnr also picked the soft tyre, and he demoted Verstappen to third at turn four. The championship leader then ran wide off track and hit the transition from the grass hard as he returned to the asphalt almost lost another spot to team mate Sergio Perez.

The dirt picked up on the tyres during that off meant that the top two were able to break away from Verstappen. Bottas was 2.7 seconds clear after two laps. The more durable medium compound came to Verstappen’s advantage later on, however, and after diving down the inside of Sainz on lap four he hunted down Bottas.

But with the ambient temperatures not punishing the soft tyres too much, Bottas was able to respond to Verstappen’s pace late on and beat him to the line by just over a second.

The two points for second place still means Verstappen extends his championship lead over Lewis Hamilton, who also chose medium tyres as he charged from 20th on the grid up to fifth following his disqualification from qualifying.

Taking the outside line at the opening corner was Hamilton’s preferred method of passing as he moved up the order, and on the opening lap he passed four cars fairly promptly. His Mercedes visibly struggled in the dirty air at times though, and it took him several laps to find a way by Daniel Ricciardo.

Sainz secured third place ahead of Perez, meaning they will share row two of the grand prix grid, but Perez was not happy as he perceived Sainz to be moving under braking when he was trying to pass him.

Lando Norris passed Charles Leclerc for fifth, then lost the place to an inspired lunge by Hamilton down the inside of the first corner as the final lap began. The world champion will take a five-place grid penalty before tomorrow’s race, meaning he will start the grand prix from 10th position.