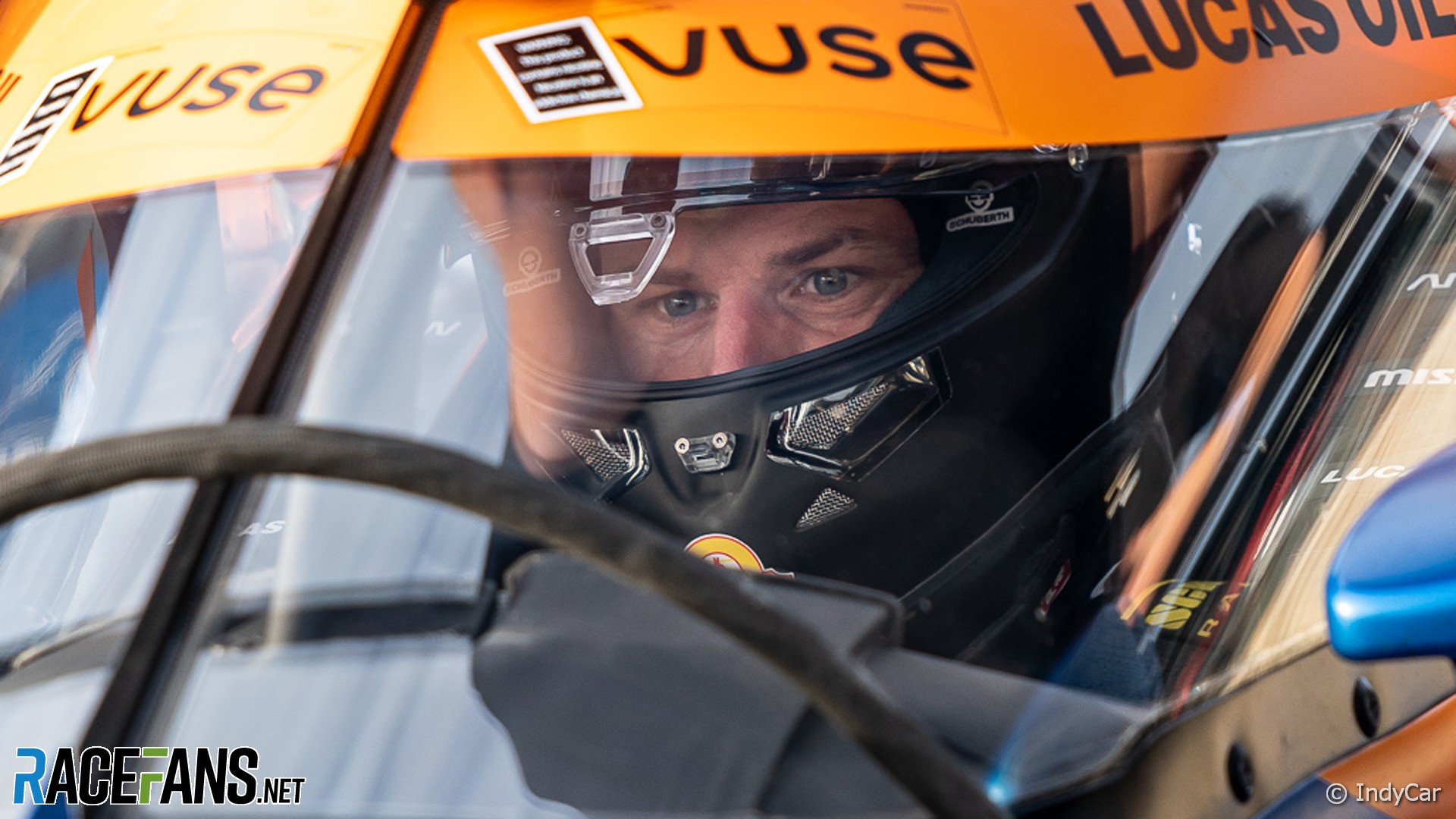 Nico Hulkenberg has begun his test for the McLaren SP IndyCar team, which is looking to expand its driver roster in the near future.

The veteran of 179 grands prix is driving the team’s car at the Barber Motorsports Park in Alabama.

McLaren Racing CEO Zak Brown said the team intends to run a third car full-time in the series from 2023. Next year it will add an extra entry alongside its two regular drivers for the Indianapolis 500, as it did this year, and may enter it for other races as well.

“We definitely won’t run a full-time third car this [coming] year,” said Brown. “We will run a car at Indianapolis and we intend to run a car at some point later this year in anticipation of a full-time programme for a third car in 2023.”

The team previously described the Aston Martin F1 reserve driver’s outing as a “one-off opportunity” for him to test their IndyCar.

“Nico wants to see what’s IndyCar’s about,” said Brown. “We’ll see how Nico gets on and that’ll all be part of the process once we pull the trigger on that third car, who might be in that car, and certainly Nico is up right towards the top of the list.”

However a full-time IndyCar campaign may not appeal to Hulkenberg, who has previously said he does not want to race on ovals. Five of the 17 races on next year’s IndyCar calendar will take place on ovals, including the Indianapolis 500.

Several ex-Formula 1 and Formula 2 drivers have moved into IndyCar in recent years, including Romain Grosjean, Marcus Ericsson, Callum Ilott and Christian Lundgaard. Brown believes Hulkenberg’s driving style would make him a good fit for the series.

“I think IndyCar rewards aggressive drivers,” said Brown. “I consider Nico to be here a guy who ‘gets up on the wheel’ as they say, it’s an American term. I’m very excited to see him, I think he’ll enjoy it. I think Fernando’s enjoyed IndyCar, Ericsson’s enjoyed IndyCar.”