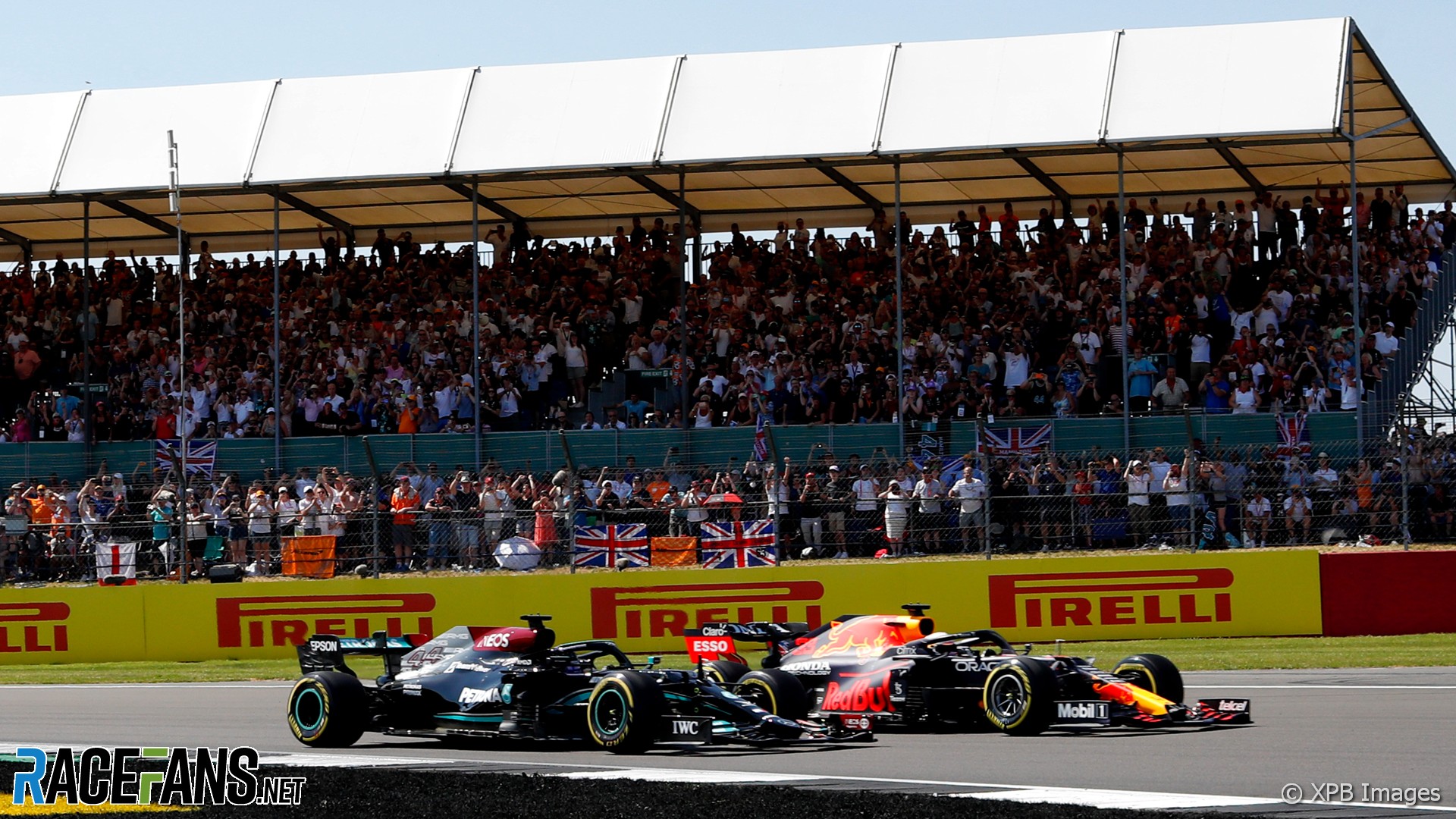 The controversial collision between Lewis Hamilton and Max Verstappen on the first lap of yesterday’s British Grand Prix was deemed a racing incident by several of their top rivals.

Hamilton was given a 10-second penalty for the collision, and two points on his licence, as the stewards deemed he was “predominantly at fault” for the incident. He tangled with Verstappen at Copse corner, sending the Red Bull into the tyre barriers at high speed and with a recorded 51G impact.

Charles Leclerc, who was immediately behind the pair when they tangled, described the collision as a “racing incident”.

“It is very difficult to judge it from the car, we are very low so it’s difficult to see,” he said. “Everything went very quick. Obviously I could see there was quite a bit of things going around in front of me.

“I think it’s a racing incident. It’s quite difficult to put the blame on one or the other. Obviously there was space on the inside.

“Maybe Lewis was not completely at the apex but it’s also true that Max was quite aggressive on the outside. So, things happen, what is the most important today is that Max is unharmed and is fine.”

Hamilton passed Leclerc at the same corner later in the race. The Mercedes driver praised Leclerc’s “respectful” approach to their fight for position.

“I knew Lewis was in the inside,” said Leclerc. “I left a space and unfortunately, I think I had stayed in front, but in the very end of the corner I got a snap and lost a little bit of time and then Lewis got in front of me.”

Red Bull pilloried Hamilton for the collision. Team principal Christian Horner repeatedly accused him of “sticking a wheel up the inside” of his driver. However Fernando Alonso believes Hamilton was far enough alongside the Red Bull to have earned the right to contest the corner.

“It looked quite close, I think Lewis had more than half a car alongside Max,” said Alonso. “So in a way, Lewis could not disappear from that inside line. It’s not that you can vanish.”

Alonso also said neither driver was at fault. “It was an unfortunate moment of the race, but nothing intentional or nothing that any of the two drivers did wrong, in my opinion. So that was an unlucky moment, I guess.”

“I saw them fighting through lap one, a bit like yesterday. I had a feeling something was going to happen.

“But they were fighting hard. That kind of thing, that happens, it’s racing. It can happen. When you fight hard, when you don’t give up.

“I’m just happy that Max is fine because it was a big shunt. Also, I really feel like Lewis fully deserved the win today.”