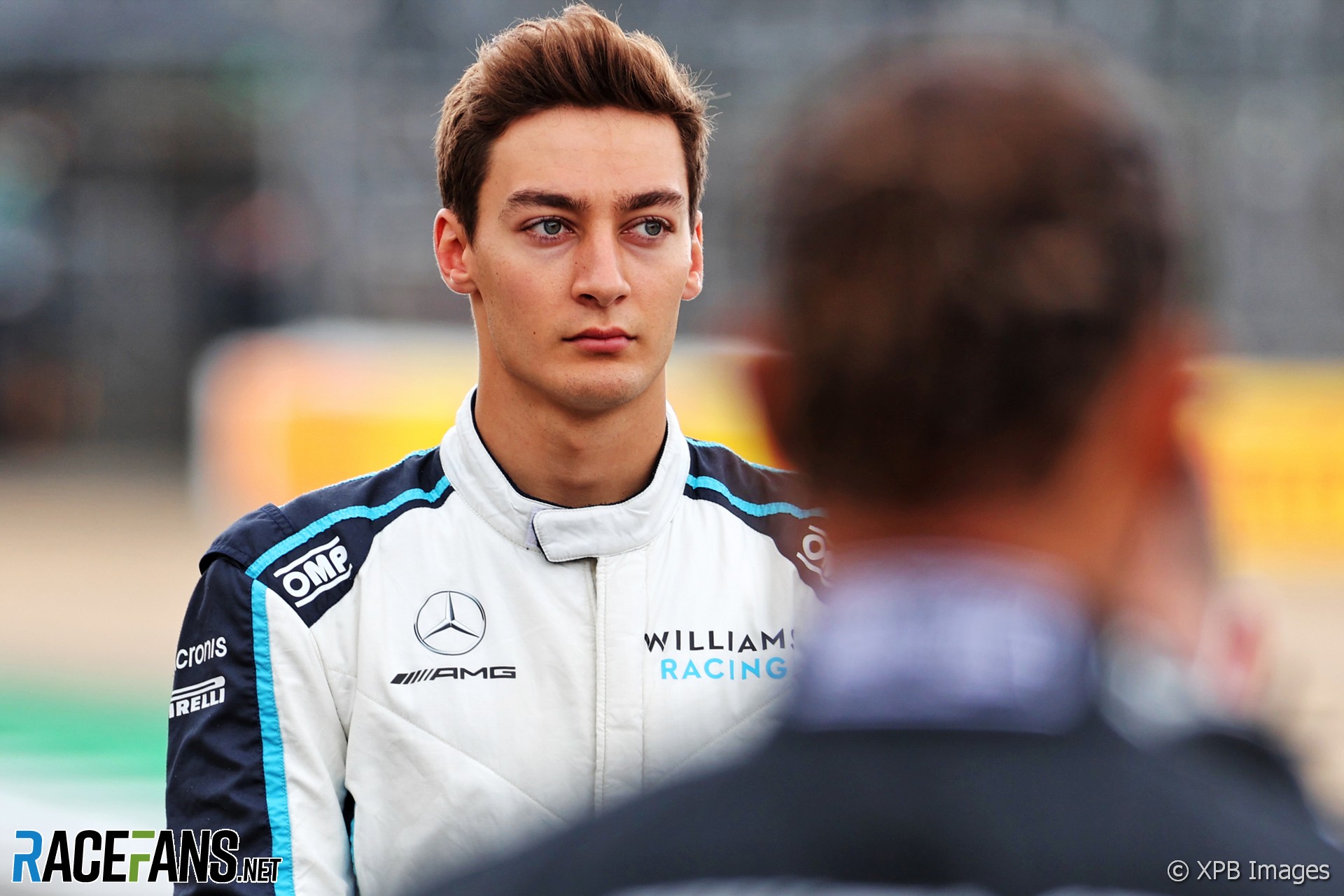 George Russell says he had to make peace with not winning races after moving into Formula 1 from junior categories.

When he arrived in F1 with Williams in 2019, Russell was the reigning Formula 2 champion and had won the GP3 (now Formula 3) title the year before. However he is yet to score a point with Williams, only finishing in the top 10 during his one-off drive for Mercedes in last year’s Sakhir Grand Prix.

He said that accepting his limited opportunity to challenge for wins was “something I’ve almost made my peace with” in the three years since his debut.

“It was very clear growing up, from when I was eight years old until I got to Formula 1, the goal was to win,” he said in response to a question from RaceFans. “[Whether] you had a successful weekend was based on if you put it on pole and then won the races or not.

“Then suddenly in F1, those goals drastically changed.”

The Mercedes junior driver acknowledged his situation is no different from that of other drivers not in a Mercedes or Red Bull seat.

“It is obviously a bit frustrating not getting the chance to go out there and really fight,” he said. “But that’s the same for 16 of the drivers in Formula 1.

“There’s only four drivers on the grid, currently, who on merit can probably win a race. Which is obviously deeply frustrating for everybody else.”

He is hopeful the new technical regulations for the 2022 F1 season, an example of which was presented yesterday, will make for more competitive races.

“That’s why we’re all excited for for next year. We just want good competition and close competition.”