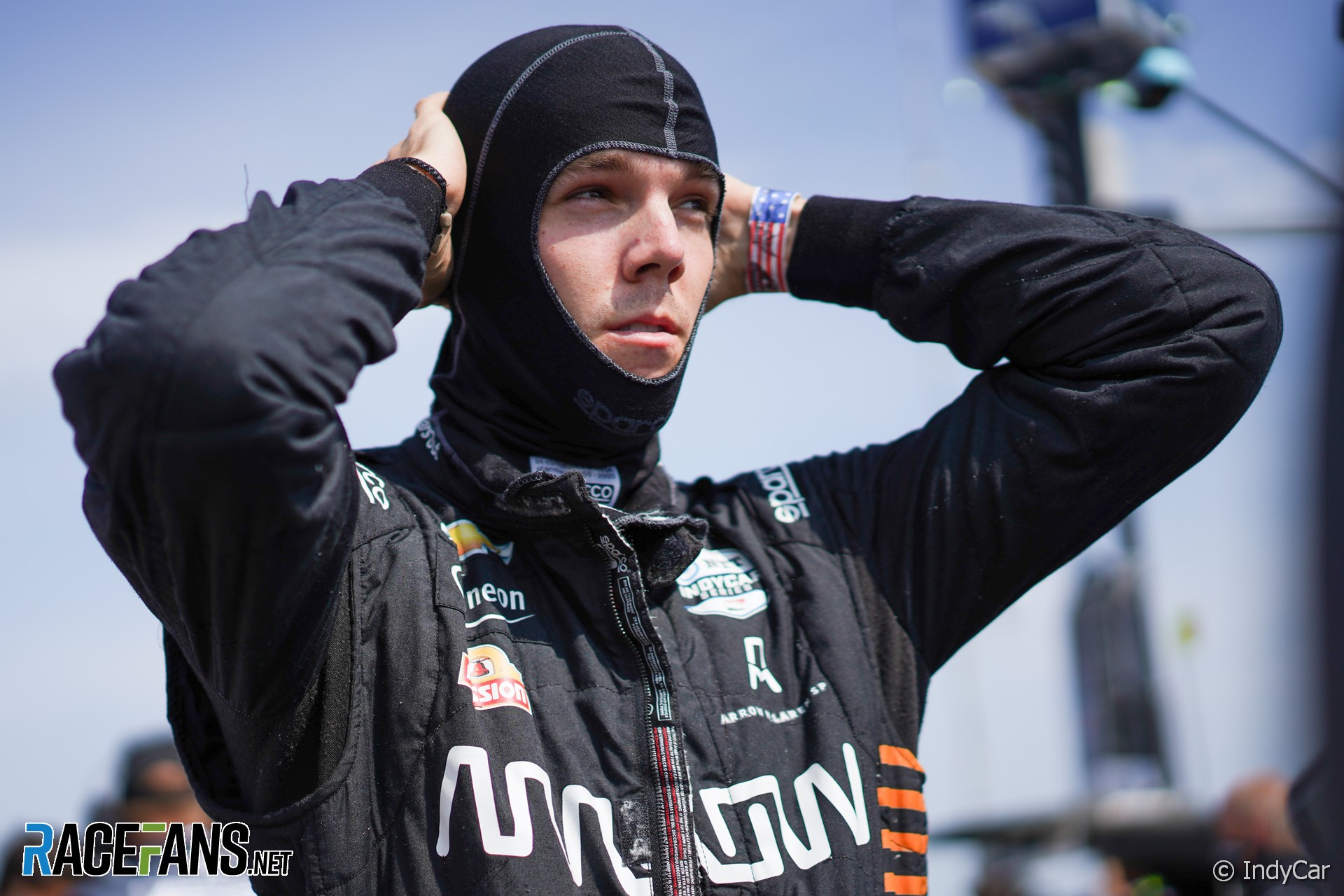 Oliver Askew will substitute for Felix Rosenqvist in the second of this weekend’s IndyCar races today in Detroit.

An evaluation of the driver revealed “no life or limb threatening injuries”, his McLaren SP team confirmed in a statement. Rosenqvist is expected to be discharged from hospital today.

Askew made his IndyCar debut with McLaren SP last year, but sat out two races on the road circuit at Indianapolis Motor Speedway late in the year on medical grounds. He suffered a heavy impact in a crash at the Indy 500 earlier in the season.

His last appearance for the team came in the season finale at St Petersburg. Askew, who lost his place in their line-up to Rosenqvist during the off-season, will drive the car for the first time in qualifying today, just over three hours before the start of the race.

Askew will be reunited with his 2020 team mate Pato O’Ward, who finished third in yesterday’s race after starting from pole position. O’Ward told reporters yesterday he believes Rosenqvist was not to blame for his crash at turn six.

“The main point for me today is Felix is okay,” said O’Ward. “That was a nasty crash. Nothing he could have done there. He was just a passenger, it was out of his control.”

Video replays of the crash indicated Rosenqvist’s throttle was still open as he headed towards the barrier. “He popped off the brake,” said O’Ward. “If you see the replays, you hear it out, the engine just goes flat out. I know him. I’m pretty sure that wasn’t him doing that with his own throttle.

“I feel for him. It sucks. If you think about it, if it [had] been in turn seven, turn three, that’s ugly. I really hope they find what caused it because that can be really bad. It was really ugly.