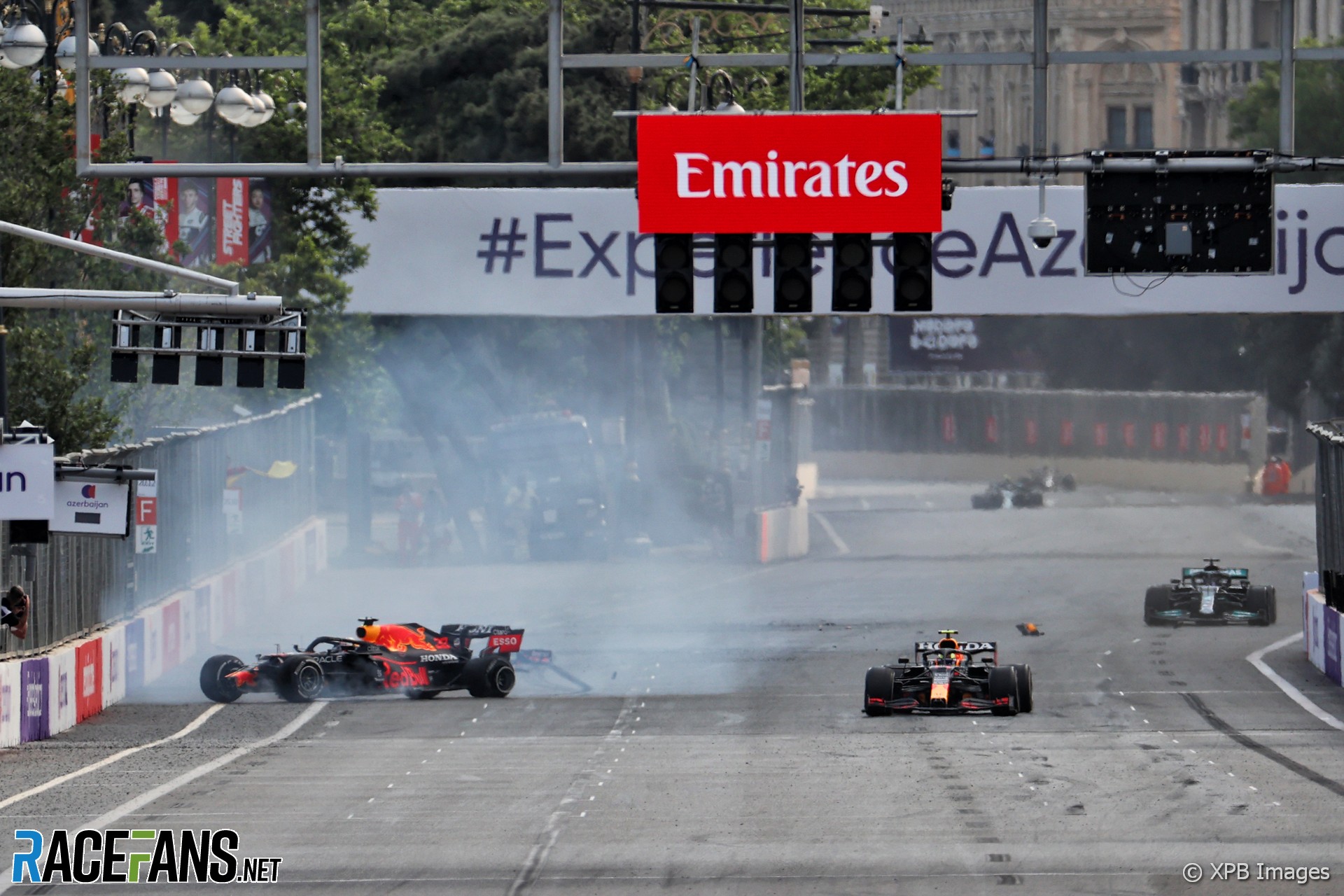 Two major crashes occured at the fastest part of the Baku City Circuit during the Azerbaijan Grand Prix.

First Lance Stroll, and later Max Verstappen crashed without warning as they approached the pit straight, due to left-rear tyre failures.

The responses of the drivers and teams on the radios revealed a surprising mixture of confusion and concern over how the incidents were handled.

In both cases, there was a significant delay between the crashes occuring and the Safety Car being deployed. When Verstappen crashed, Sebastian Vettel’s race engineer warned him of the incident as he passed it, yet the Safety Car wasn’t deployed until he reached turn 16, almost a full lap later.

When Stroll crashed, several drivers reported seeing Safety Car boards long before the Safety Car was officially deployed and teams were notified on the timing screens.

During the delays between the crashes and subsequent Safety Car periods, double waved yellow flags were shown at the scenes. But in both cases some drivers slowed far more than others in response.

The cause of the crashes and the possibility further incidents might occur also prompted concern from the drivers. George Russell expected the race to be red-flagged after Stroll’s crash as several drivers had passed through the crash scene and potentially run over debris, damaging their tyres.

Vettel quickly suspected his team mate’s crash had been caused by a tyre failure. Following Verstappen’s crash, as he mentioned in the post-race press conference, Vettel said he was concerned another driver would suffer a similar failure.

On that occasion the race was stopped, which allowed drivers to fit fresh tyres, and the final two laps of the race were completed without further incidents.

Stroll: “Get me out of this place”

After Stroll’s tyre failure and crash, his car came to a rest approaching the pit lane entrance. While his crash scene was initially covered by yellow flags and, later, a Safety Car, he wanted it to be red-flagged, calling on the attention of the team’s sporting director Andy Stevenson.

Pierre Gasly was one of the first drivers to pass Stroll’s crash scene and wanted to know whether he should pit to take advantage of the likely Safety Car period. However he passed the pit lane entrance so soon the team weren’t able to react.

Several drivers saw signs indicating the Safety Car was coming out before they were able to pit.

Vettel: ‘Did his tyre blow?’

During the race a radio exchange between McLaren and race director Michael Masi was broadcast, in which McLaren complained AlphaTauri’s Yuki Tsunoda had failed to slow sufficiently in response to the double waved yellow flags.

Russell: ‘They’ve got to red flag this’

Russell was concerned at the possibility of punctures arising from the Stroll crash:

Leclerc: ‘Why are they waiting?’

When Verstappen crashed, Leclerc was mystified by race control’s decision to wait so long before sending the Safety Car out. This meant several drivers approached the crash scene at speed, where they were shown double waved yellow flags indicating they should ‘slow down and be prepared to stop’.

Vettel: ‘The question is who is next?’

Vettel, who has experienced sudden tyre failures on three occasions in 2015, 2016 and 2017, was concerned by the possibility more would occur.

63 comments on ““Who’s next?” “Why are they waiting?” Concern and confusion on drivers’ radios after Baku crashes”