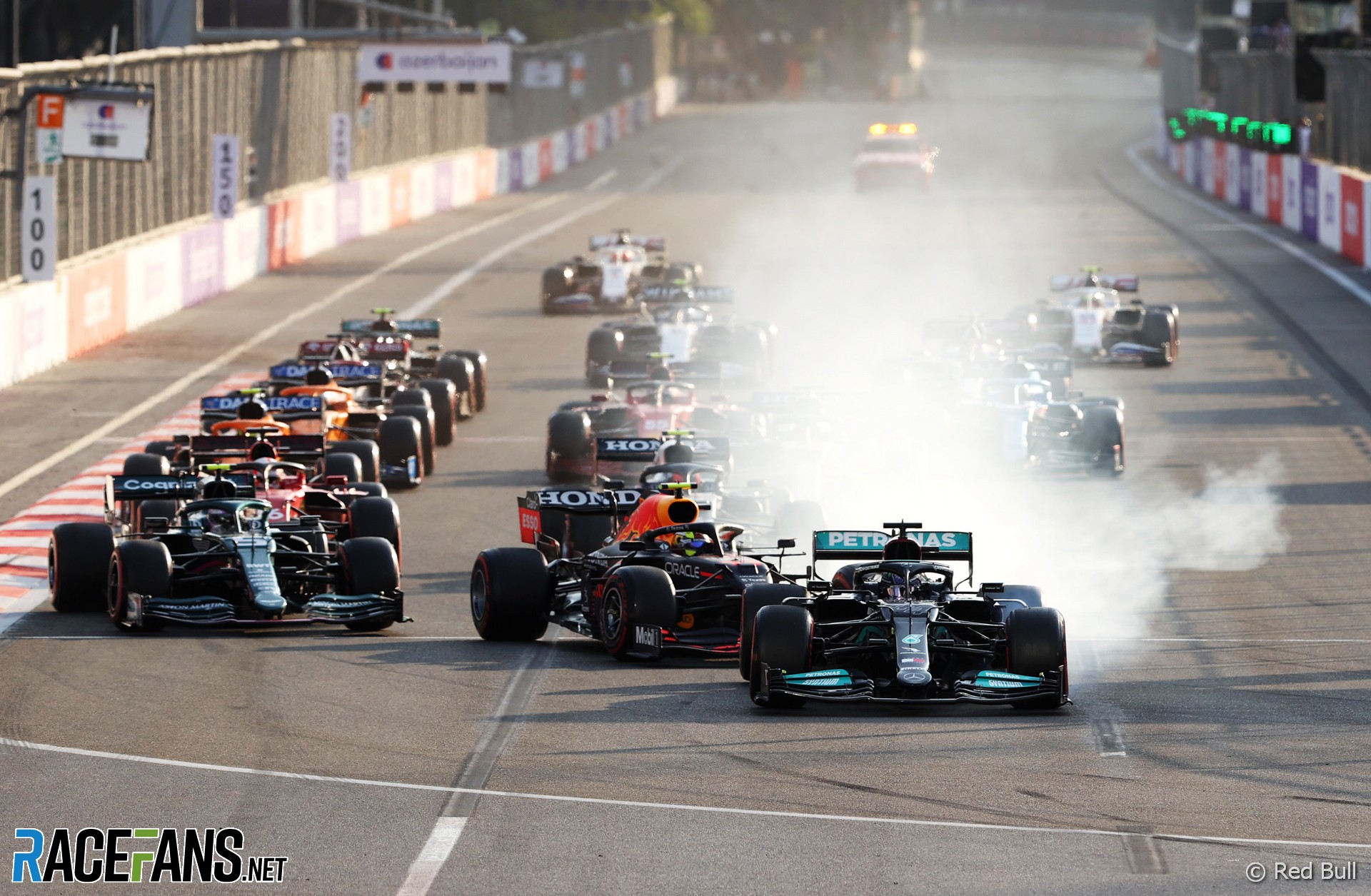 Max Verstappen and Red Bull deserved to keep their championship leads after the Azerbaijan Grand Prix as they have made fewer mistakes than their rivals, says 1997 world champion Jacques Villeneuve.

Lewis Hamilton lost his chance to regain the points lead after running wide at a restart with two laps to go. The Mercedes driver was on course to finish at least second and overturn Verstappen’s four-point lead at the top of the standings.

Verstappen had been leading the race comfortably when he retired due to a sudden tyre failure. Hamilton’s error meant the Red Bull driver retained his championship lead, while Sergio Perez’s victory extended the team’s advantage at the top of the constructors’ standings.

“They deserve it,” Villeneuve told RaceFans, “because if you look at it, the only mistakes Max has made this year is running wide in Bahrain, finishing second instead of first, and running wide in Portugal and losing one point for not getting [fastest lap]. That’s it.”

Hamilton has made two significant errors this year, said Villeneuve, but lost few points for one of them at Imola, where he went off the track and damaged his car.

“Then last weekend, that was a big mistake. Even though which and whatever, it’s a huge mistake. And in Monaco, he was not on it, he was way behind his team mate as well.”