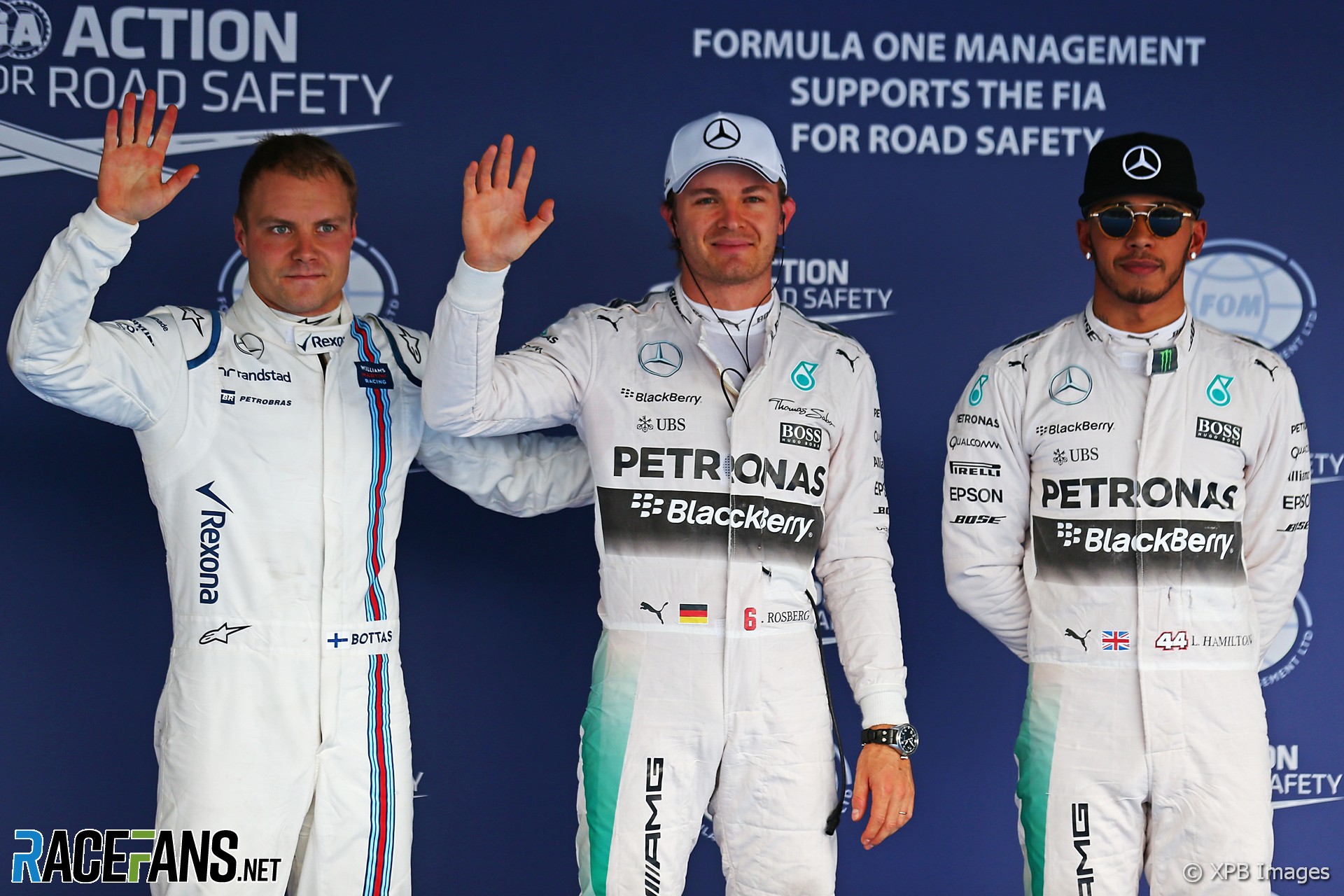 From the outset of last year it was clear no one was going to stop Mercedes from wrapping up a seventh consecutive world championship. And they may prove just as hard to beat again this year.

As long as that remains the case, the only driver who is likely to stop Lewis Hamilton from adding to his record-setting haul of silverware is his team mate.

But as Valtteri Bottas ended a fourth season in the shadow of Hamilton last year, the questions over whether he is the right driver for the job grew louder.

Not least from a driver who knows exactly how tough a team mate Hamilton is. Jenson Button, who spent three years alongside Hamilton at McLaren, said last year Hamilton’s success has come about partly because he “doesn’t have a Nico Rosberg pushing him” any more.

Rosberg was partnered with Hamilton during their karting careers before the pair were reunited at Mercedes in 2013. After failing to stop his team mate winning the 2014 and 2015 championships, Rosberg pushed himself to extremes as he denied Hamilton the 2016 crown – then abruptly quit the sport.

Bottas was hurriedly appointed in Rosberg’s place. But he hasn’t been able to claim a title of his own after the same number of seasons (four) and races (78) alongside Hamilton.

In that time Hamilton has gone from being one of F1’s greats to arguably the greatest of them all, with seven titles to his name plus record-setting hauls of wins and pole positions. As Rosberg remarked last year, the heights Hamilton has scaled reflects well on his own championship success.

“I knew how good [Hamilton] was,” said Rosberg. “For the outside world it is now a confirmation that he is the best of all time, even by titles. That I beat him in the same car gives me extra confirmation of my success.”

*Hamilton was not present for the 2020 Sakhir Grand Prix

Clearly, Bottas has not measured up against Hamilton as well as Rosberg did. But how close is he, and should Mercedes think seriously about replacing him? Many have suggested they should, particularly since George Russell’s highly promising one-off outing as a substitute for Hamilton at the Sakhir Grand Prix.

The picture is complicated somewhat by the fact Rosberg enjoyed the peak of Mercedes’ success in the V6 hybrid turbo era before he left F1. During Bottas’s time, Mercedes’ rivals have generally been more competitive, though they dropped back last year.

When Rosberg won his championship, Mercedes’ average performance advantage over the next-quickest car was 0.842 seconds – the highest of the V6 hybrid turbo era. It was roughly within a tenth of that in each of the previous two seasons.

Bottas has not consistently benefitted from that same performance advantage. Between 2017 and 2019 Mercedes were no more than two-tenths of a second quicker than their competitors on average.

This makes a significant difference. For much of his time alongside Hamilton, Rosberg could qualify half a second slower than his team mate and still start on the front row of the grid. If Bottas did that in his first three years in silver, he’d typically start behind the Red Bulls and Ferraris.

That has a knock-on effect on his points-scoring potential. Taking this into account, Bottas’s contribution of 41.7% of Mercedes points total compared to 47.2% for Rosberg over the two periods is quite respectable.

But when it comes to the straightforward head-to-head comparisons between the two and Hamilton, Bottas does not stack up as well. While he has argued he’s making progress, but the evidence for it is thin at best. Hamilton has heaped praise on him, but the raw figures make it seem somewhat generous.

It’s easy to exaggerate the differences between the two. Rosberg out-qualified Hamilton 34 times over their 78 races together. Bottas has done so 10 fewer times over the same number of races. Hardly a disaster, particularly when you factor in how narrow some of those defeats were, but these tiny differences add up over a championship campaign.

As Button pointed out, Hamilton’s ability to deliver on race day is where he is taking the most out of Bottas. More often than not last year he was able to find a way past his team mate even when he started behind, and on the few occasions he was beaten the stewards had usually played a role.

Bottas has raised his game in recent years – but so has his team mate. That said, it’s as easy to dismiss Bottas’s chances today as it was Rosberg’s five years ago.

The problem for Bottas is that when Rosberg quit he didn’t leave behind a textbook on how to beat Hamilton. Instead, he left behind a team mate who’d been chastened by letting a championship slip through his fingers, and has since done a faultless job of ensuring it doesn’t happen again.

If you've enjoyed RaceFans' motor sport coverage during 2020, please take a moment to find out more about our Supporter Drive.

We're aiming to welcome 3,000 new Supporters to help fund RaceFans so we can continue to produce quality, original, independent motorsport coverage. Here's what we're asking for and why - and how you can sign up:

106 comments on “Bottas vs Rosberg: Hamilton’s Mercedes team mates compared after 78 races each”