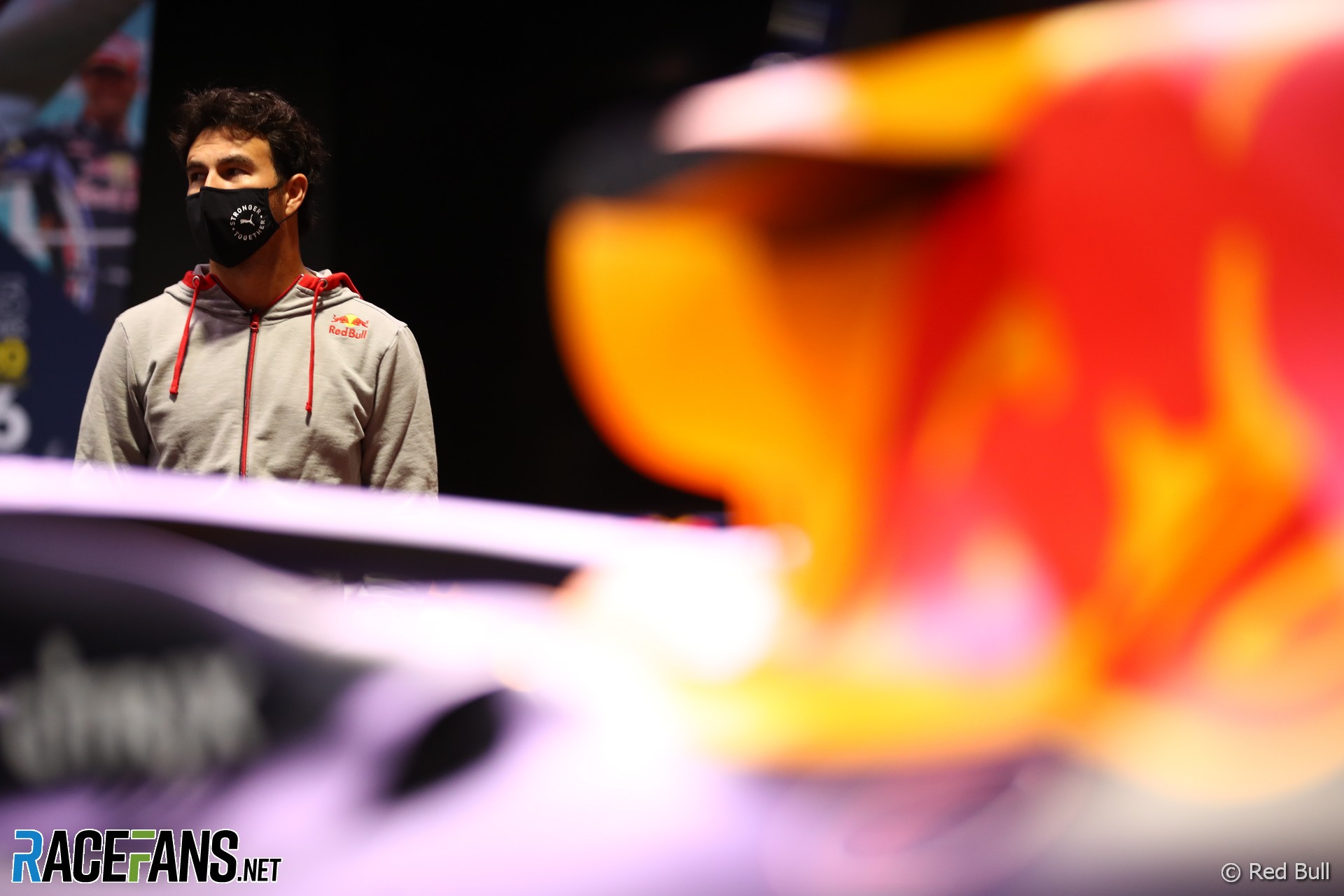 Perez tested positive for the coronavirus ahead of the British Grand Prix last July. He was forced to miss two rounds.

Last week Charles Leclerc became the fifth different F1 driver to test positive for the virus since the pandemic began. Others include Perez’s team mate Lance Stroll and Lewis Hamilton, both of whom were also forced to miss rounds of the 2020 season, and Lando Norris.

Being the first driver to test positive was a difficult experience for Perez. “I certainly had a very tough year,” he said.

“With the coronavirus, being the first driver to get [it], now it’s like it’s been made more normal, people get it. But at the time, it was like you are the most stupid guy in there because you got the virus and then it was very harsh for me to to deal with it.”

The timing of his infection, when his future at Racing Point was in doubt, made the circumstances more challenging, Perez added. Although he did lose his place at the team, he was subsequently signed by Red Bull for the 2021 F1 season.

“It was a very critical time as well in my career, because there was the contract thing and in the end I lost the seat with my team,” said Perez. “It worked out really well but you never know. I never knew what was going to happen.”

Perez said he was prepared to accept his F1 career might be over when Racing Point chose to cut short his contract last year.

“When that happened, I was pretty relaxed,” he said. “I thought, well, I’ve had a tremendous career already and I’m pleased with myself, but I just have to give it my all, weekend after weekend and see what happens.