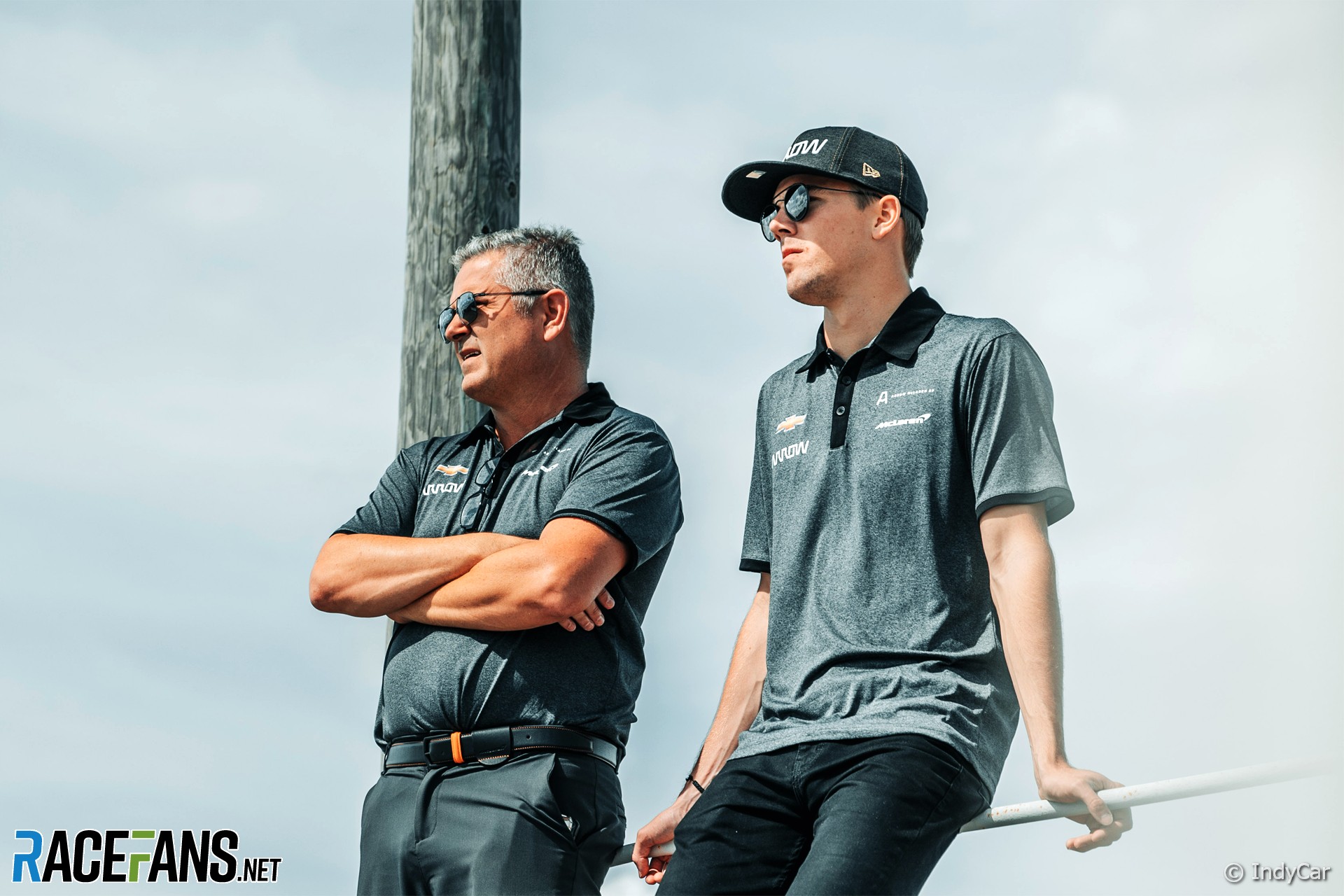 De Ferran is leaving McLaren having reached the end of his contract with the team. He arrived in 2018 as part of Brown’s overhaul of McLaren Racing’s management.

Following an unsuccessful single-car entry at the Indianapolis 500 in 2019, McLaren arranged a tie-up with Schmidt Peterson for a two-car, full-season IndyCar programme last year. De Ferran was tasked with merging Sam Schmidt’s operation with a delegation of McLaren employees.

They enjoyed a successful first season together: Patricio O’Ward took fourth in the championship with a trio of second-place race finishes and led over 200 laps. Team mate Oliver Askew (pictured top with De Ferran) placed 19th after missing two races due to illness.

Brown told RaceFans De Ferran’s input was central to McLaren SP’s success. “The team that we’ve ultimately put our resources into has a full set-up, has a team principal – doesn’t go by the team principal name – and the job was to bring along the dozen or so people that we’ve got working at McLaren and integrate them into Arrow McLaren SP,” he explained. “And he did that very well.

Brown said the two sides of the operation integrated as planned over the course of 2020. “The intention was always to, once that came together, operate as a single unit,” he said.

“The first year, it was kind of ‘the McLaren guys’, ‘the SP guys’ – it was to spend the year to transition them into each other. So now it’s not a ‘them’ and ‘us’. It’s that we’re a single race team.

“That’s what he’s done and done successfully because we had, as the IndyCar team, the best year we’ve ever had.”

On Tuesday McLaren announced the appointment of Taylor Kiel as the new president of McLaren SP. Kiel has been with Schmidt’s operation since 2007.