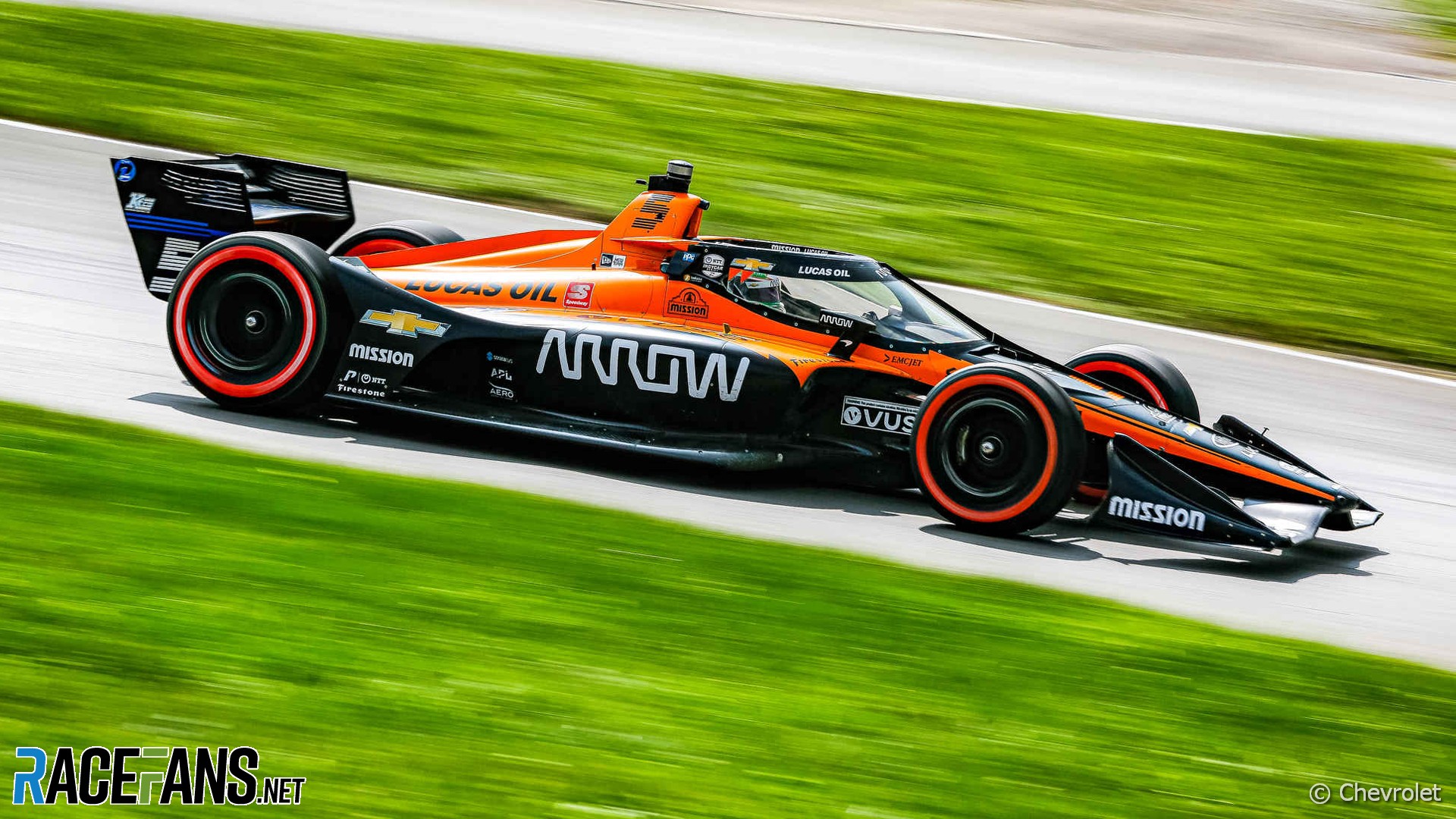 McLaren today confirmed it has an option to enter the Formula E world championship in 2022.

The announcement shows the team is seriously considering entering another series, having already expanded beyond F1 into IndyCar with a full-season, two-car campaign last year. McLaren Racing CEO Zak Brown has also previously said they are seriously considering an entry into the World Endurance Championship under its incoming new rules set.

It may seem a strange move for a once-dominant Formula 1 team which has now gone more than eight years without a grand prix victory. Should they not be focussing all their efforts on ending what is by far the longest win-less spell in their history?

McLaren’s diversification into other series is just one way in which the team under Brown contrasts sharply with its strategy under the control of his predecessor Ron Dennis.

Take its warmer social media presence, seen in its genuinely heartfelt farewell messages to Carlos Sainz Jnr and, previously, the playing up of the chummy relationship between him and Lando Norris.

Of course, another contrast it that the team is yet to recapture anything like the success of its heyday under Dennis. But, to be fair to the current administration, it was nowhere near those heights when Dennis was edged out and Brown installed.

McLaren has been on a steadily upward trajectory since then, culminating in its best constructors championship position for eight years in 2020. But turning the Formula 1 ship around is not the work of a moment.

This is the context within which its embrace of other championships can be understood. Importantly, Brown’s arrival coincided with changes within Formula 1 itself. Bernie Ecclestone previously discouraged F1 drivers and teams from spreading into other championships, but since his replacement Liberty Media has been more open in this regard.

Brown and McLaren were quick to exploit this new opportunity. With a disillusioned Fernando Alonso on his hands in 2017, pedalling another uncompetitive Honda-powered McLaren F1 car, Brown allowed his star driver to miss no less a race than the Monaco Grand Prix to tackle the Indianapolis 500 for the team.

McLaren almost produced a shock result on their return to a race they last won in 1976. Alonso put his car fifth on the grid and led 27 laps before retiring; his Andretti stable-mate Takuma Sato took the victory.

However McLaren’s attempt two years later to tackle the race without the assistance of another team ended in humiliating failure: Alonso did not qualify. Undeterred, McLaren pressed ahead with plans to enter the full IndyCar season in 2020, but elected to join up with an existing team again.

This proved a smart move. Its union with Schmidt Peterson, forming the new McLaren SP team, delivered everything but a victory. Patricio O’Ward, in his first full season as an IndyCar driver, was a revelation, and ended the year with a pole position, a fastest lap… and three second places.

But his fourth place in the championship underlined the quality of the team’s first season. Team mate Oliver Askew’s year was injury-affected, and his place has been taken by the well-regarded Felix Rosenqvist, who denied O’Ward victory at Road America last July.

“Everything that we hope to achieve in year one, we achieved,” summed up Brown at the end of the year.

Taking McLaren into IndyCar raises the team’s profile in a major market at a fraction of the cost of running a Formula 1 team. There are also valuable crossovers with its Formula 1 project in terms of resources and sponsors, as Brown explained.

“We have integrated McLaren racing into Arrow McLaren SP,” he said. “We have a great team back at the MTC [McLaren Technology Centre] dedicated to IndyCar and also spend a lot of time at the IndyCar races.

“Commercially, Arrow Electronics is the title sponsor of our IndyCar team. We hoped to expose some of the IndyCar partners to Formula 1 [and] we’ve done that.

“Arrow joined us in F1 and we just announced a long-term extension. On the flip-side BAT [British American Tobacco], a very important partner to us in Formula 1, are involved in our IndyCar team.

“So finishing fourth in the championship with Pato, almost winning a race, getting a handful of podiums, two exciting drivers and commercially our Formula 1 partners supporting our IndyCar team, our IndyCar partners, supporting our Formula 1 team, that kind of ticked all the boxes that we’d hoped to do when we laid out the criteria of why we wanted to get into IndyCar.”

Their experience in IndyCar may prove a model for a future Formula E team. McLaren will consider whether to partner with an existing Formula E team as part of its evaluation of a potential move into the series.

A Formula E programme could also present McLaren the opportunity to relocate staff from its Formula 1 team. This will be necessary following the introduction of a $145 million budget cap this year and its subsequent reduction by $5 million over each of the next two seasons. The possibility of doing this through Formula E will also be considered by the team.

Brown’s eagerness to see McLaren represented at the top level in other major motorsports may not stop there. He has also indicated the World Endurance Championship’s new Hypercar regulations could entice them into the endurance racing series. Here too the potential to place ex-F1 staff exists.

While the budget cap won’t force F1’s smaller teams to scale down their operations, it will do for the likes of McLaren. Similar or larger teams like Red Bull and Ferrari have other options to redeploy resources from F1 in the shape of sister teams (Red Bull’s AlphaTauri) or new supply deals with customers (a new division at Ferrari will provide parts for Haas).

Less than a year ago McLaren was scaling back its operation, including a small portion of its Racing division, as a result of the pandemic. Now, with the new backing from MSP Sports Capital announced last month, it seems McLaren’s goal is to become a leading competitor in a range of top-level motor racing disciplines.

If you've enjoyed RaceFans' motor sport coverage during 2020, please take a moment to find out more about our Supporter Drive.

We're aiming to welcome 3,000 new Supporters to help fund RaceFans so we can continue to produce quality, original, independent motorsport coverage. Here's what we're asking for and why - and how you can sign up:

11 comments on “First IndyCar, next stop Formula E and WEC? Why McLaren is branching out beyond F1”