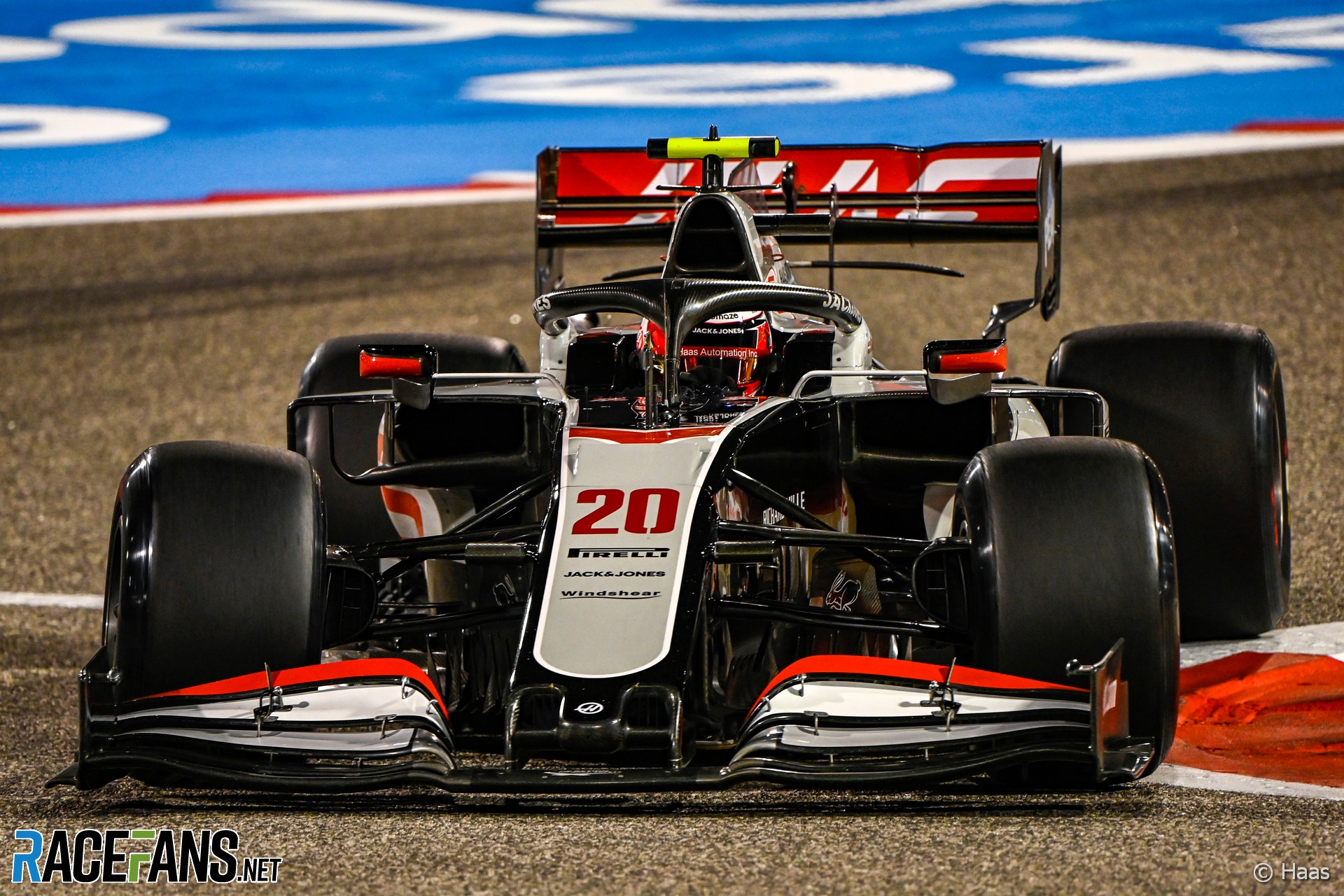 Despite qualifying as the slowest team for today’s Bahrain Grand Prix, Haas expect an even more difficult weekend when they return to the shorter Outer circuit for another race next week.

Team principal Guenther Steiner predicted the Outer circuit, with fewer braking areas and more frequent acceleration zones, is likely to be even less kind to the VF-20.

“It’s not that I’m looking forward to next week, to be honest,” said Steiner. “If you think this is bad, wait for next week.”

All three Ferrari-powered teams lapped slower this weekend than they did last year at Bahrain. The track’s many straights make engine performance a significant factor, a trait which will be amplified by the faster Outer circuit next week.

The team’s drivers Kevin Magnussen and Romain Grosjean qualified 18th and 19th, behind every car except the Williams of Nicholas Latifi. His team mate George Russell beat the Haas pair and reached Q2.

It’s the fifth time this year, and the third time in the last four races, that Haas has lapped slowest out of F1’s 10 teams.

“We know why we are where we are at the moment,” said Steiner. “So we just try to make the best out of it. You never know what can happen. Obviously we have the slowest car here this weekend and we have to live with it.

7 comments on “‘If you think this is bad, wait for next week’ rues Steiner as Haas are slowest again”