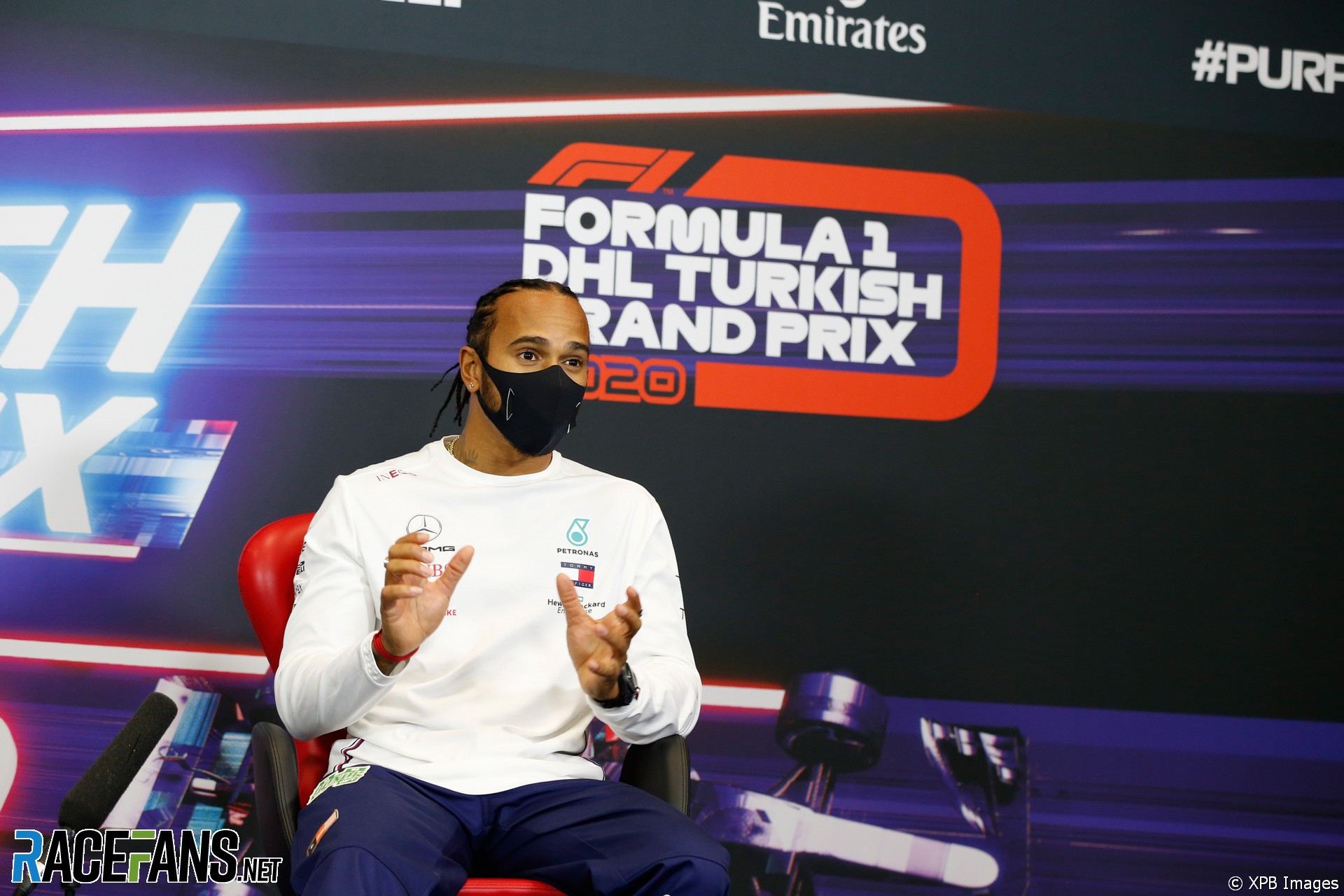 Lewis Hamilton admitted he wasn’t initially convinced by the idea of moving to Mercedes when the team first approached him in 2012.

This weekend Hamilton win his sixth world championship with the team and the seventh of his career, which would equal the all-time record for most world championship victories held by Michael Schumacher. But Hamilton said he was initially sceptical of Mercedes’ efforts to lure him away from McLaren eight years ago.

Hamilton made his F1 debut with McLaren in 2007, won the championship with them the following year and was in contention for the title again in 2012. He became receptive to the approaches from team principal Ross Brawn and consultant Niki Lauda following his retirement from the Singapore Grand Prix that year.

“It wasn’t in Singapore that Niki ‘sold me a dream’,” Hamilton explained in today’s FIA press conference. “I had spoken to Niki, I was back home in Monaco, and I was talking to him and he was talking to me. I’m pretty sure he was the first one I’d spoken to and he’s like ‘you’ve got to come to the team’. And I wasn’t convinced necessarily at the beginning.

“I think the convincing stage, which really made me look into it more, was when Ross came around my mum’s house, and sat in the kitchen and we had tea, and he showed me what the plan was for the team. That was the real, in-depth insight into what the team was planning and the changes that they were trying to do. So that was really the ‘selling’ point.

“With Niki we worked on the layout of the deal. Good memories. I think the important part of Singapore was that Niki and I, more so for him, Niki realised that we had a lot in common and I think that was the start of our friendship because I remember him saying to me, ‘you’re a lot like me’. And I think he realised we had a lot more in common than he previously had thought since we hadn’t really spoken before so it was all done on assumption and what people write.”

Although Hamilton became convinced moving to Mercedes was the correct decision to take, he admitted he had no idea he would be as successful as he has. He matched his hero Ayrton Senna’s three championships in 2015 and is expected to equal Schumacher’s record of seven on Sunday.

“I could only have dreamed – I say it time and time again – it was far beyond my wildest dreams thinking that anyone would get to seven. I dreamt of trying to do something that Ayrton had done.

“Getting one world championship was great and then it was very tough to get the second. And I spent years trying to help the team win another world championship. And then I had to make a big decision about whether I stay put and keep trundling along or go and do something more adventurous.

“Obviously I took that leap of faith and then we’ve gone one after the other here. I really just after each one try and count my blessings because you have to be grateful for what you have, not what you might have, so that’s what I generally do.

“Naturally I knew I made a very good decision, when I made the decision, I knew it was the right thing for me. But did I know we would win six world titles? No.

“I think what it says is that in life we’ve got to definitely make sure we take that leap of faith. Do what you think is right for you and not what people tell you to do. Do the homework so you have the pros and cons and then go with it, whether it’s good or bad.”

Hamilton said combining his latest championship bid with his endeavours to promote diversity and challenge racism would make this an especially meaningful title to win.

“What’s important is that journey this year has been combined with the fight for equality and a real growing process this year of learning what’s happening around the world and being a little bit more aware of surroundings and starting to see progress with that.

“Naturally, matching an icon like Michael, I’d be incredibly proud of that. But I think it’s more the message that it sends hopefully to people – not just kids but hopefully mostly kids because they’re the future – that you have to dream bigger than you think you can dream and don’t let anyone tell you you can’t go for that.”

10 comments on “Hamilton: Mercedes took a while to convince me to join them”