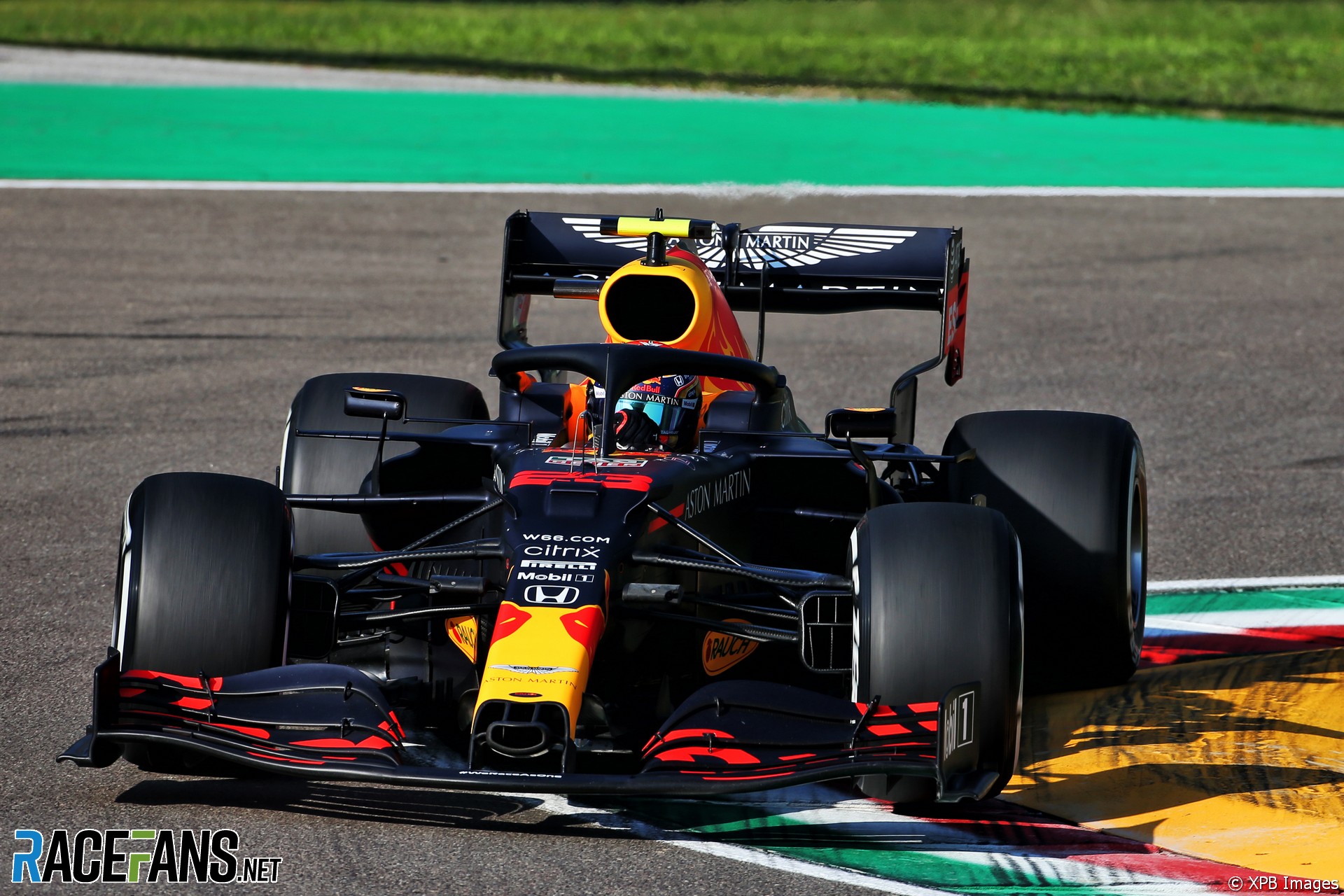 Red Bull did not gain any information about the Imola circuit from sister team AlphaTauri’s filming day at the circuit earlier this year, team principal Christian Horner has insisted.

AlphaTauri, the only team to have run at the circuit this year, impressed in the sole practice session for this weekend’s race at the track. Pierre Gasly set the fourth-fastest time, behind the two Mercedes and Max Verstappen’s Red Bull, while Daniil Kvyat was eighth in the team’s other car.

Horner made it clear in an interview with Sky his team had not obtained any information from AlphaTauri about their test “because that would be strictly illegal.”

“Of course we talk to the drivers, there’s discussion between engineers about how was the circuit, that kind of thing,” Horner added. “Honda obviously learnt from it.

“But no, not really, and the conditions when they ran I think were pretty unrepresentative, but it is their local track so obviously they know it pretty well.”

Red Bull “played around with the downforce” during the 90-minute practice session at the circuit which has changed since they last raced at it in 2006, said Horner. “They’ve dropped the chicane from when I was last here, turn 19. So it’s a long old straight now down to down to turn two.

“Obviously we do a lot of simulation before we get here, what was best for our car. But until you get on track and experience what’s going on, it’s the track data that is the most valuable.”

Verstappen ended the first practice session between the two Mercedes drivers, less than three-tenths of a second behind Lewis Hamilton. Horner hopes the team is more competitive compared to Mercedes this weekend than they were in Portugal.

“I think that the gap in Portimao was exaggerated by the fact of our tyre choice,” he said. “The medium tyre was such a better tyre than the soft tyre that did exaggerate the difference, shall we say, in the race.

“But they were very, very strong there and I would hope that somewhere closer to Nurburgring where we were within a tenth of them would be would be great.”