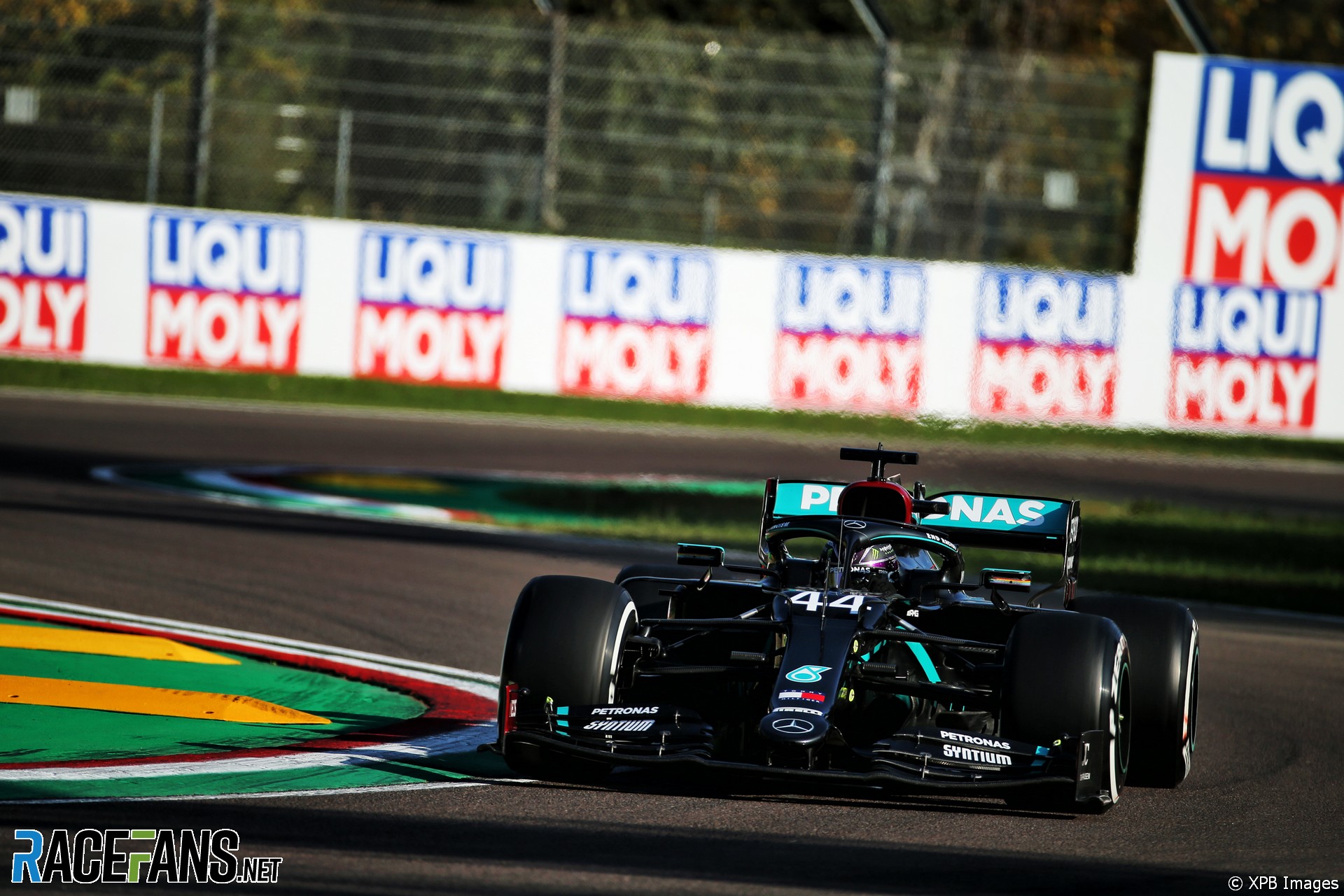 Lewis Hamilton was impressed by his first experience of Imola in a Formula 1 car but says overtaking will be very difficult during tomorrow’s Emilia-Romagna Grand Prix.

The Mercedes driver set the pace in the single practice session for the first race at the track for 14 years.

“This track is incredible,” said Hamilton. “It’s unbelievable how fast it is around this track. I think for a single lap, it’s going to be incredible.”

However he warned it will be very hard for drivers to overtake outside of the long run from the final corner to the Tamburello chicane.

“It’s definitely not going to be a great race circuit for us, being that it’s so fast for us,” said Hamilton. “It’s very narrow, it’s going to be very difficult for people to overtake.

“There will probably be overtaking on that mid-field after turn two. Maybe down the main straight you’ll see some overtaking.

“But on a single lap, it’s phenomenal to drive, it’s really incredibly fast.”

Hamilton said the tyres are performing much better at Imola than they were in last weekend’s race at Autodromo do Algarve, where low temperatures and a new track surface left drivers complaining of a lack of grip.

“The way the tyres are working with the circuit, the grip level is very high,” said Hamilton. “It’s mostly medium to high speed and it’s very fast and flowing.

“The speed we’re going through a lot of these corners, for some reason the tyres are hugging the road compared to the last track. And it’s just incredibly fast and flowing, it’s beautiful.”

21 comments on “Hamilton: Imola is incredible but it’s not going to be a great race”