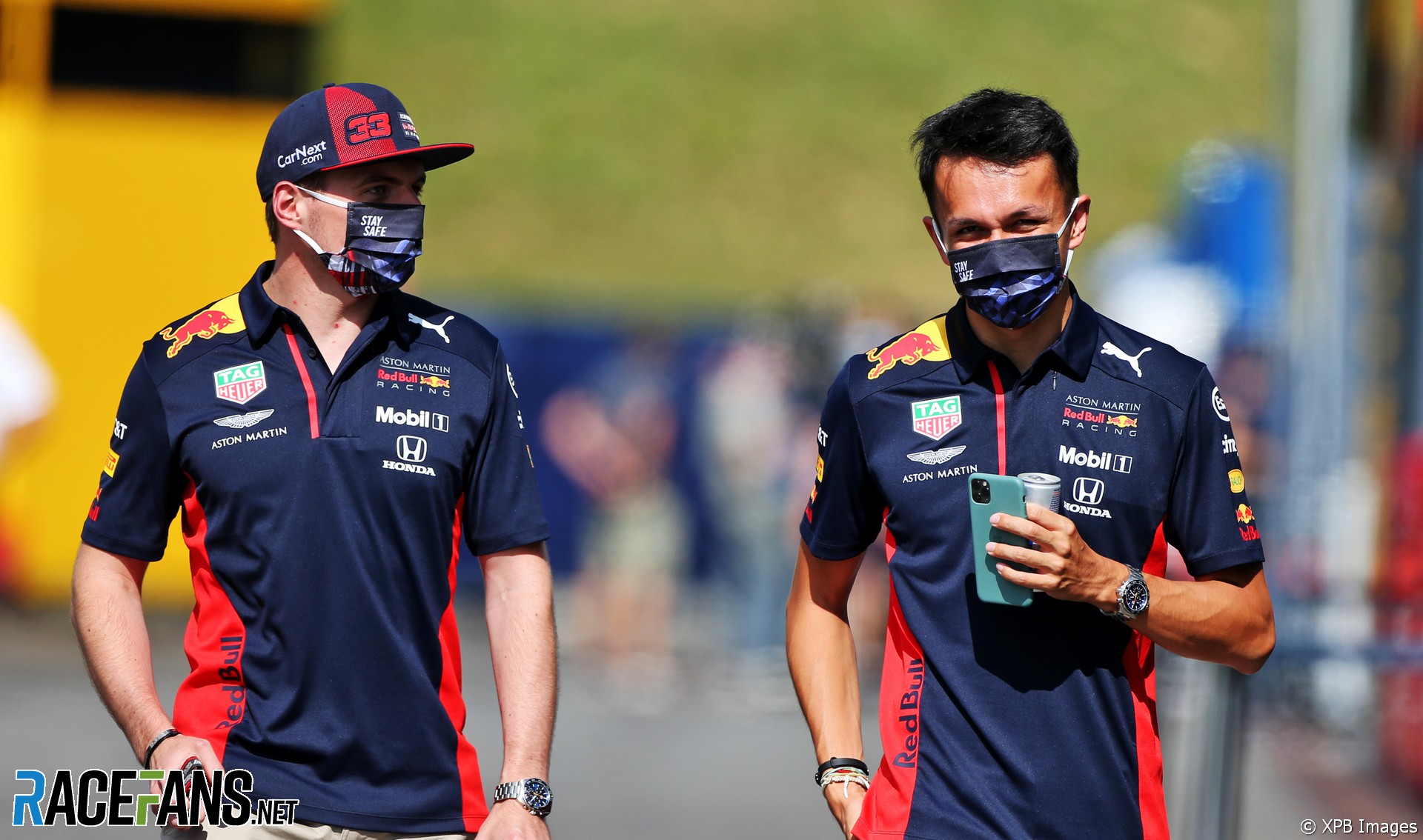 Red Bull motorsport consultant Helmut Marko says the team must have two drivers who can maximise their point scores in the constructors’ championship next year.

Alexander Albon has contributed just 64 of the team’s 211 points so far this year – less than half of Max Verstappen’s total. Albon had his first technical retirement of the season at the last race while his team mate has already had three.

Speaking on Sky Sport Germany, Marko said there was no urgency to change Red Bull’s line-up mid-season this year – as they did in 2019 and 2016 – because they are unlikely to lose their second place in the constructors’ championship.

“At present we have no problems in the constructors championship because with Max and [Albon] we are in a good place,” said Marko. “The fights behind us are between Renault, McLaren and Racing Point who keep taking points off each other. Our second place is not in danger so at present we don’t see any necessity to act.”

However Marko said the team must consider it options carefully for its driver line-up for the 2021 F1 season.

“Our aim for next year is to fight for the championship, so we will need consistency. Of course we realise that Max is not really being pushed, and we need to know where the limit of our car lies.”

Albon joined Red Bull in the middle of last season as a replacement for Pierre Gasly. He made an encouraging start for the team, but Marko said his continued inconsistency remains a concern.

“In fast corners the telemetry shows that Albon is on a par with Max. But then there are one or two corners where he loses time excessively, which brings us back to his consistency.

“Because you don’t know when or where it will happen, that is a concern which we cannot afford when we chase the championship.”

Albon endured a difficult weekend at the Nurburgring: He was forced into early retirement after flat-spotting a tyre on the first lap, then collided with Daniil Kvyat’s AlphaTauri. Nonetheless Marko was satisfied by aspects of his performance.

“In qualifying he was clearly a lot closer to Max as a result of the car being more consistent, not as unstable in the back,” said Marko. “But as a result of locking up he had to make an early pit stop for a tyre change.

“He made his way up the field with some good times, then of course he made an unnecessary manoeuvre, on the sister team, and he should have acted in the interests of the parent company.”

However Marko made it clear Albon could keep his place. “If Albon manages to develop himself further, makes constant improvements, then he is a candidate for our car in 2021.”

Although Red Bull junior driver Juri Vips has recently become eligible to apply for a super licence, following the FIA’s revision of the points system due to the effects of the pandemic, Marko said there was only one junior candidate being considered for a move up to F1 next year.

“Sure we have our young driver programme, but presently we have only [only] one candidate for F1, and that is Yuki Tsunoda, the Japanese driver. He is planned for AlphaTauri if he manages to collect the necessary superlicence points.”