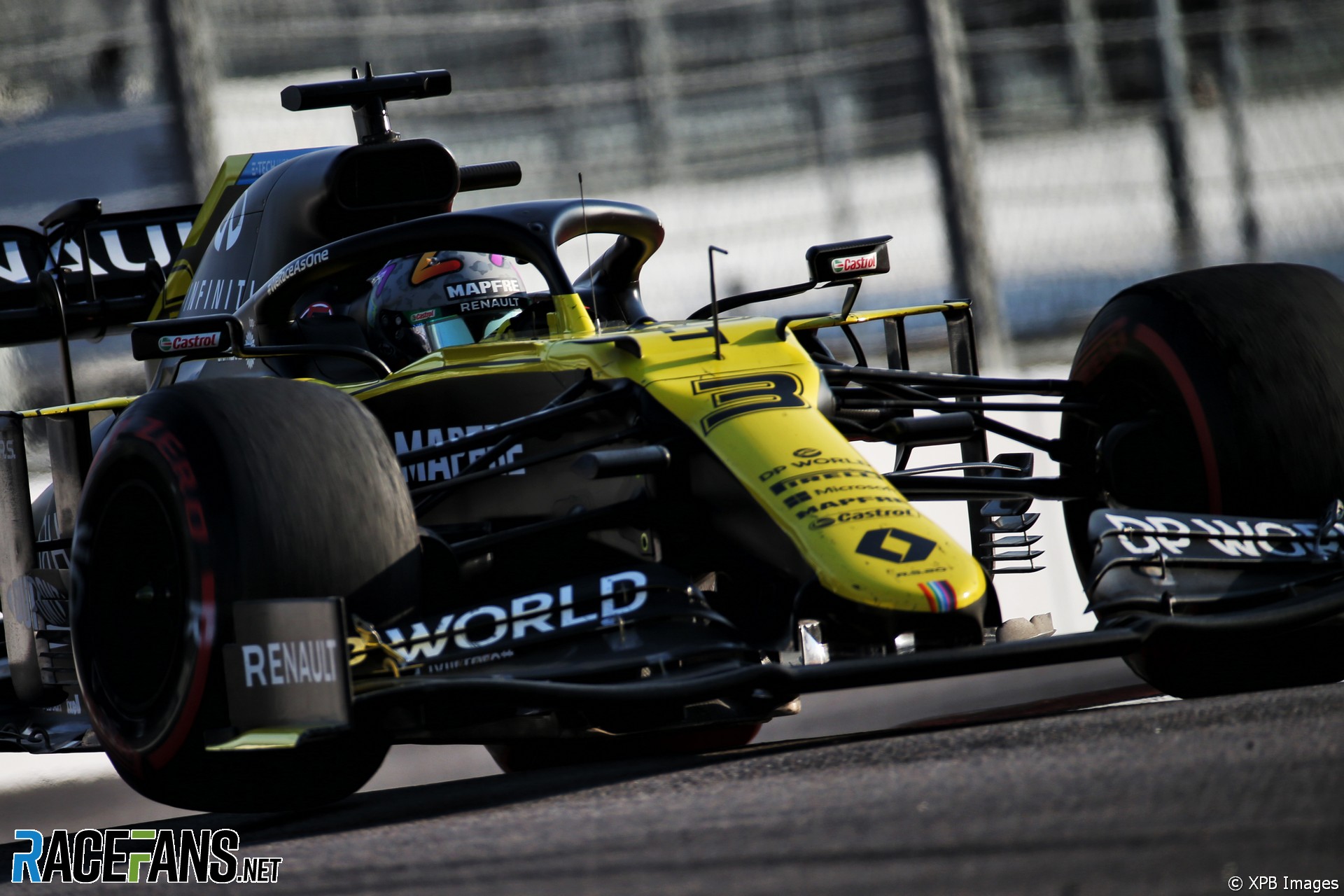 Daniel Ricciardo says Renault’s improvement at Sochi has been achieved by pushing the car’s set-up out of its “comfort zone”.

After qualifying fifth on the grid for tomorrow’s race, Ricciardo said the team made progress by moving away from set-up that would normally suit him and trying things that “maybe in other places, would scare you.”

Ricciardo was quickest in Q2, partly aided by Valtteri Bottas and Max Verstappen setting their fastest times on the medium tyre compound. This followed an impressive performance by the Renault driver in Friday practice, where he was third-quickest behind the Mercedes pair at one stage.

He described how he’d studied onboard videos and worked on his own driving to find improvements at Sochi. “I think in Q2 everyone got excited but it’s nice to lead a session,” he admitted. “Personally, for me, I’ve never really felt like I’ve been particularly strong on this circuit and I knew there were some things I needed to improve. So I feel like I did my homework before the weekend and yesterday showed pace and obviously could back it up today.”

“If you’re not particularly strong on a circuit there’s normally a bit of a reason. Maybe the set-up you normally like, maybe it doesn’t work for this circuit. So you push yourself to do something that maybe doesn’t work on other tracks but it might here, think a little outside the box and try some set-up items on the car that, maybe in other places, would scare you.

“I think part of it was trying to slip out of my comfort zone with that, be a bit more aggressive, take a few more risks. Last year, even looking at the onboards now, the car looked a little too good to drive and in the end it was slow. So it’s just trying to find comfortable in the uncomfortable.

“So there was a bit of investigating and data and that but I was just watching a ton of onboards and just going through set-up things we changed over the weekend last year and where it got away from me.”

Ricciardo said that Sochi’s unique features threw off his usual set-up preferences and meant he had to choose against his own interests to get a car capable of delivering better results, “It’s a very weird track because it’s so flat. You don’t really have any banking to work on, a lot of the corners are off-camber so the car does feel a bit weird around here.

“It’s not like Mugello where you’ve got really long, bold corners that really suck the car in and throw you around, it is unique. So I think it was just experimenting a bit and finding something which I was going to be uncomfortable with, at first but find comfort in it.”

He said the team’s performance at Sochi shows they can now be competitive on a range of different circuits.

“We had flashes of it last year but didn’t show it consistently enough to really believe that maybe it was going to get to the level we expected. But I think now it’s certainly getting close to that and on all range of circuits, now which I think is the most encouraging thing for the team. And personally, for me, to be quick around here because I don’t think I ever really have been.”

4 comments on “Ricciardo: Renault’s car was “too good to drive and slow” at Sochi last year”