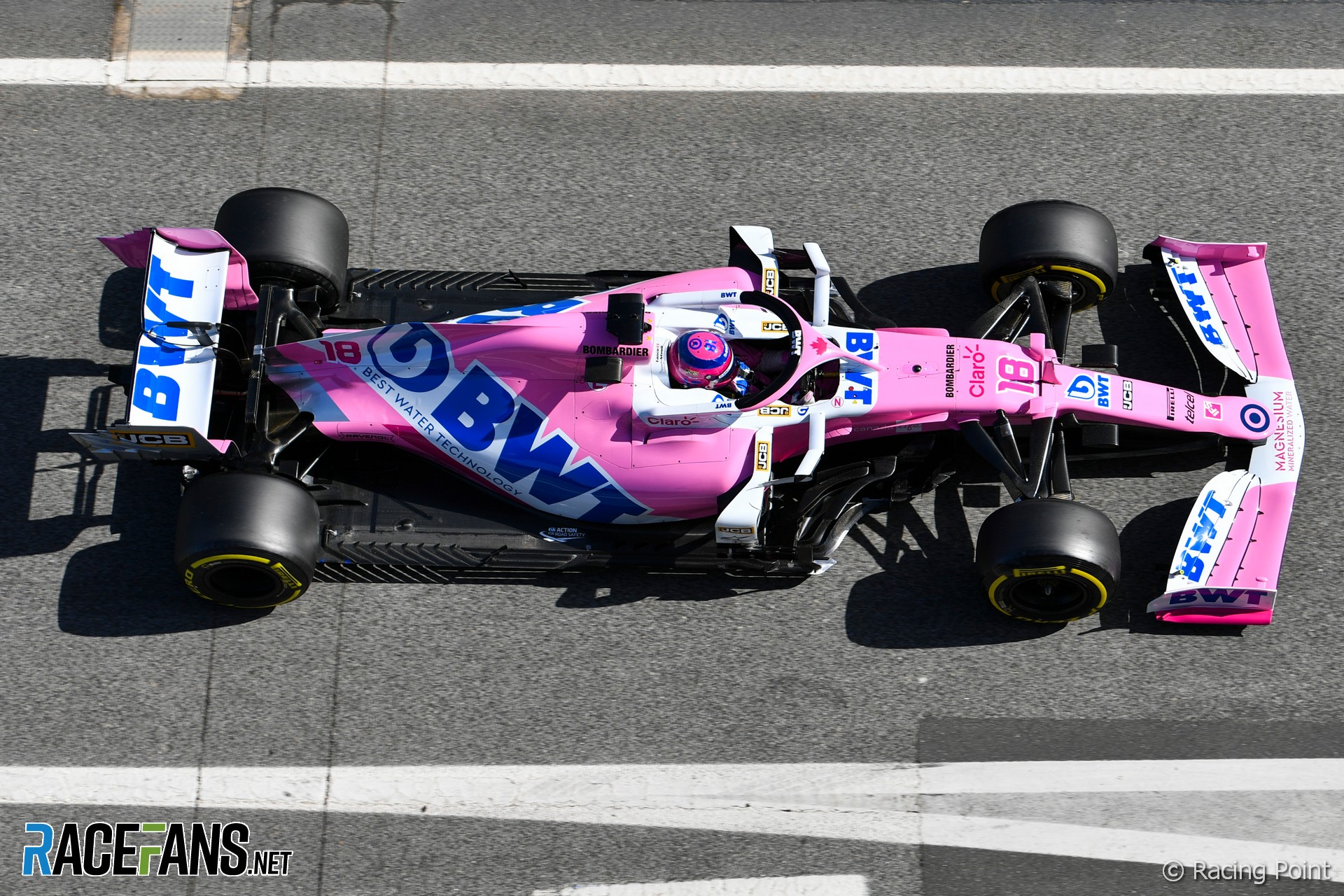 Formula 1 cars will be slower next year because of the changes being made to their rear floors, Racing Point’s technical director Andrew Green believes.

New regulations for 2021 will force teams to reduce the floor area in front of the rear wheels. This is being done to reduce how much downforce the cars will generate to ensure they do not over-stress their tyres, as F1 will continue to use Pirelli’s 2019-specification rubber next year.

“It was really a directive from the FIA that if we were going to carry these cars for another year, and postpone what was the 2021 regulations and move it to 2022, we can’t have a huge step in performance,” said Green. “We need to be limiting the development so that the development of the car peaks this year and we don’t we don’t sail past it in 2021.

“So for that reason we’ve made a change to the aerodynamic technical regulations and we’ve taken a slice of real estate out of the floor in front the rear tyre.

“Now that change is very significant and it takes a really large hit aerodynamically, to a point where I would be surprised if anybody was able to develop their way out of it in the time we have available for 2021. So I fully expect 2021 cars to be slower than 2020 cars.”

Racing Point would have preferred “a smaller change”, Green admitted, “which is one that we were pushing for when the discussion was happening.”

“It was echoed from not just us that we didn’t want a change that was going to significantly reduce, change, the flow structure on the car. Unfortunately the change that’s come through does do that.”

The change will have profound consequences for the design of the cars, says Green.

“It’s such a large change that we are going to have to go from front to back and redevelop the car,” said Green. “Which is unfortunate, but we understand the reasons why.

“I don’t think anybody’s got any big advantage or disadvantage relatively speaking, compared to other teams, because of this change. I think we’re all in the same boat. It’s just never nice when you do a change to the car and you take a very large hit and you realise that it’s not just a small redevelopment to get out, it’s front-to-back.”

The teams did discuss alternative ways to reduce downforce, said Green. Making the rear wings smaller, for example, would not have required such extensive changes to the cars.

But it wouldn’t have had the required effect on certain tracks, said Green. “We talked about it and we did some some simulations on the tracks that have the highest stress on the tyres,” he explained.

“Places like Spa, for instance. We don’t run maximum downforce at Spa so reducing the size of the rear wing wouldn’t have affected the performance of the car at Spa. And Spa is one of the tracks with the highest peak loads.

“So we did go that route, we discussed that in quite some detail. There was a big push to just change things like the size of the rear wing depth, height, we went through all that, we applied simulations to it and it didn’t do anything. So it needed to be bigger than that. So that’s why we ended up with the floor.”

Green said Racing Point didn’t initially realise how drastic an effect the change was going to have.

“When we decided on the change we weren’t allowed to do any simulations on a current car. The simulations were coming from F1 with their modelling.

“It wasn’t until we got back after the break and started to look at it we realised how big a change it was. And yes, it affects the rear of the car quite dramatically.