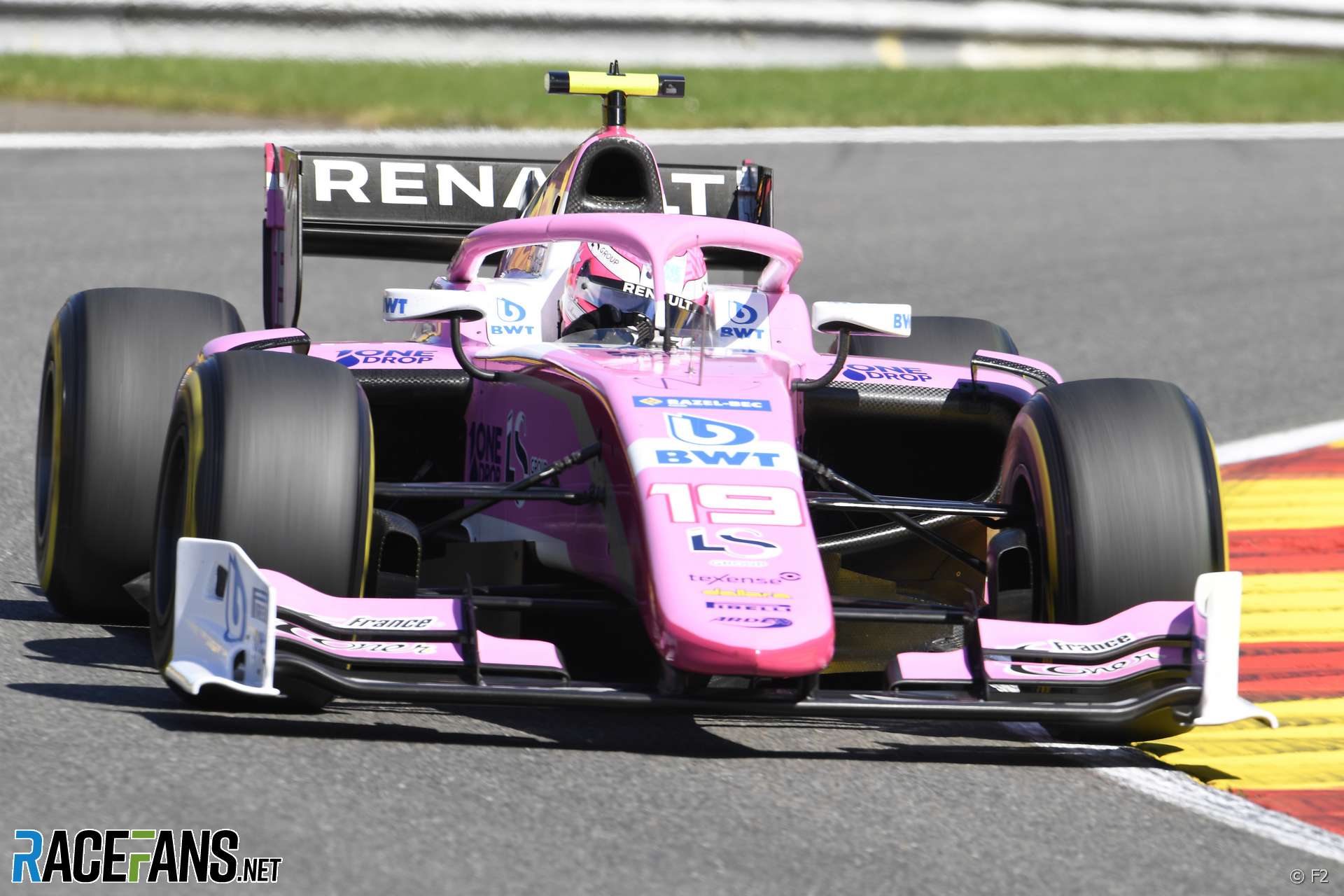 The FIA has announced a series of safety changes, including major improvements to the designs of F1 and other single-seater cars, following investigations of “28 serious and fatal accidents” at circuits during 2019.

Among those incidents was the serious crash at Spa-Francorchamps last year which claimed the life of Formula 2 driver Anthoine Hubert and left rival Juan Manuel Correa with serious leg injuries.

As RaceFans revealed in February, the changes will require F1 cars to pass significantly tougher crash tests in which their impact absorbing structures will be subjected to higher loads. As well as being introduced to F1, F4 and Formula E chassis, these will be adopted for F2 and F3 cars in “the next car update”, the FIA says.

As well as upgrading the front impact structure and incorporating the front anti-intrusion panel, a new design of side-impact structure is being researched. The FIA will also pay close attention to how the two interaction in a car-on-car collision to ensure compatibility between the two.

Tethers, which are already used to keep wheels attached to cars in crashes, will also be used to prevent large pieces of debris detaching, adopting a practice which has already been in use in IndyCar racing for several years. New constructions and materials are being investigated to reduce the possibility of smaller pieces of debris being ejected.

Changes to the design of front wings and how they attach to cars are also being considered. One area of research is examining the possibility of design wings which experience ‘controlled failure’ in the event of sustaining damage, to reduce the chance of an unpredictable and dangerous failure occuring.

Potential improvements to headrest design for single-seater cars are also being examined. For closed-cockpit cars, a new standard of competition seat with increased lateral protection is being designed.

The safety improvements will not stop with the cars. Track design, particularly run-off areas and barrier construction, will also be addressed.

New barriers designed for improved performance when struck at angles between 0 to 20 degrees are being introduced. Run-off areas will incorporate more anti-skid and high-friction surfaces, and new procedures governing how drivers may rejoin the track after running wide are planned.

The FIA is also looking into how it can alert drivers more quickly and consistently to potential dangers ahead. This will involved the introduction of an accident notification system to ensure drivers see yellow flag warnings as quickly as possible.

More advanced changes are under consideration for future introduction, such as using cars’ rear lights to display yellow flag and other warning signals. The possibility of deploying yellow flag warnings automatically is also being examined as well as the use of car-to-car notifications in the event a driver is stationary in a dangerous position. “The coordinated power reduction or redirection of cars following an incident” is a further possibility, the FIA added.

Warning systems will also be added to Formula 2 and Formula 3 cars this year to alert drivers to potential loss of tyre pressure.