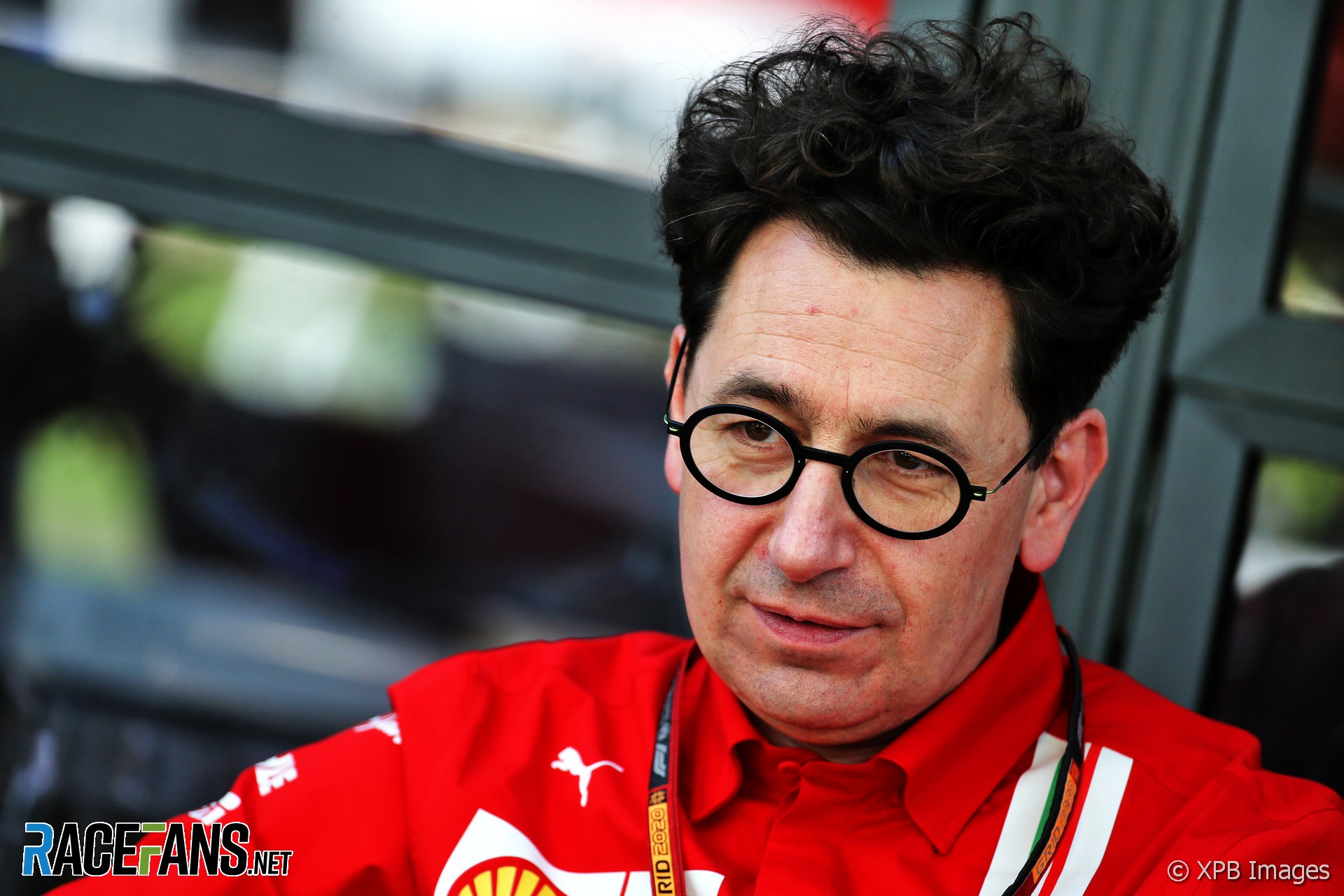 Ferrari has issued a statement denying a claim team principal Mattia Binotto said it could leave the sport if the budget cap is lowered further.

“We would like to clarify what Mattia said in his interview with The Guardian published yesterday night,” said a statement issued by the team.

“He never mentioned about Scuderia Ferrari quitting F1, on the contrary, he said that we would not want to be put in a position of having to look at further options, besides continuing racing in F1, for deploying our racing DNA, in case the budget cap would be even more drastically reduced, putting at risk hundreds of workplaces.

“The misunderstanding was raised by the misleading headline of the article which was published at first and was immediately corrected.”

Binotto told the newspaper that a reduced budget cap of $145 million which some teams have proposed “is already a new and demanding request compared to what was set out last June.”

“It cannot be attained without further significant sacrifices, especially in terms of our human resources,” he added. “If it was to get even lower, we would not want to be put in a position of having to look at other further options for deploying our racing DNA.”

35 comments on “Ferrari: Binotto did not say team could quit F1 over lower budget cap”