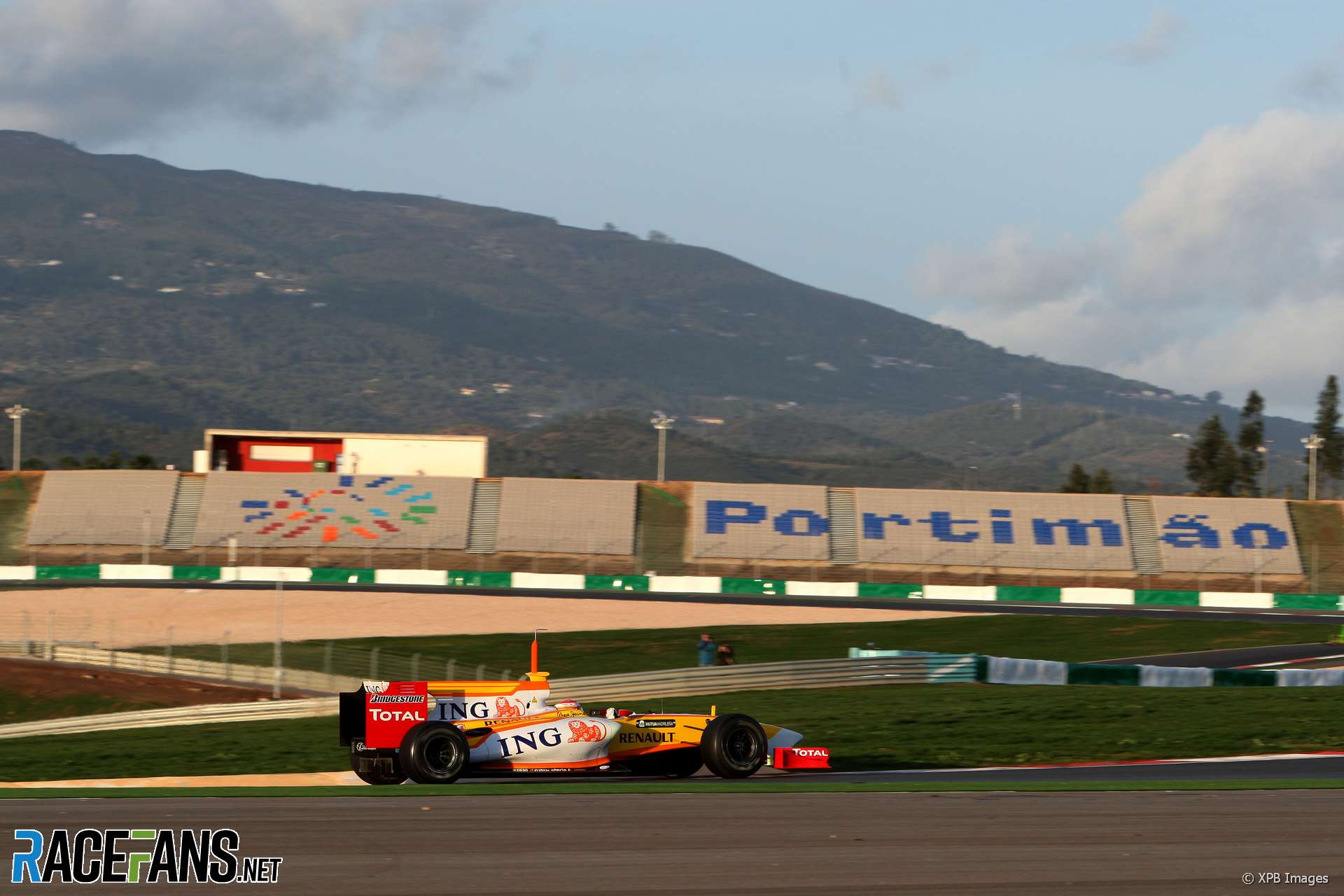 Portugal hasn’t held a round of the Formula 1 world championship since 1996, when Jacques Villeneuve dazzled Michael Schumacher and Damon Hill on his way to a victory which set up a final-round championship-decider.

Over a decade later a new circuit opened some 200 kilometres south of there. Within two months of the Autodromo do Algarve opening in October 2008, Ferrari and McLaren tested their F1 cars at the track. A larger contingent of teams followed early in the new year.

But another decade later, they still haven’t returned. This week the Algarve track announced it has been given FIA grade one certification again, allowing it to hold F1 races and tests if someone can find the money to bring them. Could a return be on the cards?

When F1 first visited the track, teams were readying for a significant change in the aerodynamic regulations. Toro Rosso were still running their 2008 car, but several teams had their new machines ready.

McLaren briefly ran an unusual hybrid of its 2009 car with a 2008 rear wing fitted. Lewis Hamilton, his first of six world titles freshly minted and the number one on his car’s nose for the only season in his career so far, was among those to sample the undulating Portuguese track.

Ferrari brought a pair of test drivers, including Luca Badoer, whom few would have suspected would make a return to F1 racing for the first time in a decade with the Scuderia in the upcoming season.

Williams uncovered its FW31 in a special test livery and Nico Hulkenberg, who would win the standalone GP2 race at the track in September, was first to drive it.

Fernando Alonso, Nelson Piquet Jnr and Renault team boss Flavio Briatore pulled the covers off the team’s unpretty and unsuccessful R29. During the upcoming season it transpired the team had been keeping something else under wraps as well…

The 2008 test had been held in decent conditions, though the teams found the track lacking in grip. Heavy rain during the second test in 2009 did not help. The track was so comprehensively drenched the timing screen operators entertained bored F1 staff by flashing up the message “lifeboats on standby”.

Why didn’t F1 return? They offered few criticisms of the venue itself and the circuit layout had much to commend it: More undulating and demanding than many other recent new-build tracks.

It was a victim of two factors, the first of which was its location. The Algarve track was considered too far from the nearest airports for convenience, and too close to the coast to be sheltered from the cold Atlantic air.

The second was timing. The 2008-09 off-season was held as F1 was beginning to feel the brunt of the global credit crunch. Honda had already announced its abrupt withdrawal. BMW, Toyota and Renault would follow (the latter remained as an engine supplier). F1 responded by imposing a tight limit on the number of test days.

Where once F1 teams headed to multiple venues to avoid sharing a track with rival teams, now they began to increasingly congregate around a small number of mostly Spanish tracks. Over time, and as simulators offered a increasingly viable alternative to real-world testing, team’s occasional diversions to Jerez and Valencia became a thing of the past, and in recent seasons pre-season testing has been held exclusively at the Circuit de Catalunya.

Whether Algarve may get a chance again remains to be seen, though the factors which drove F1 away in the first place remain. Unless, of course, its very remoteness suddenly becomes an attractive feature in a world where F1 has to think about racing without crowds.

26 comments on “Pictures: When F1 put one foot in the Algarve”