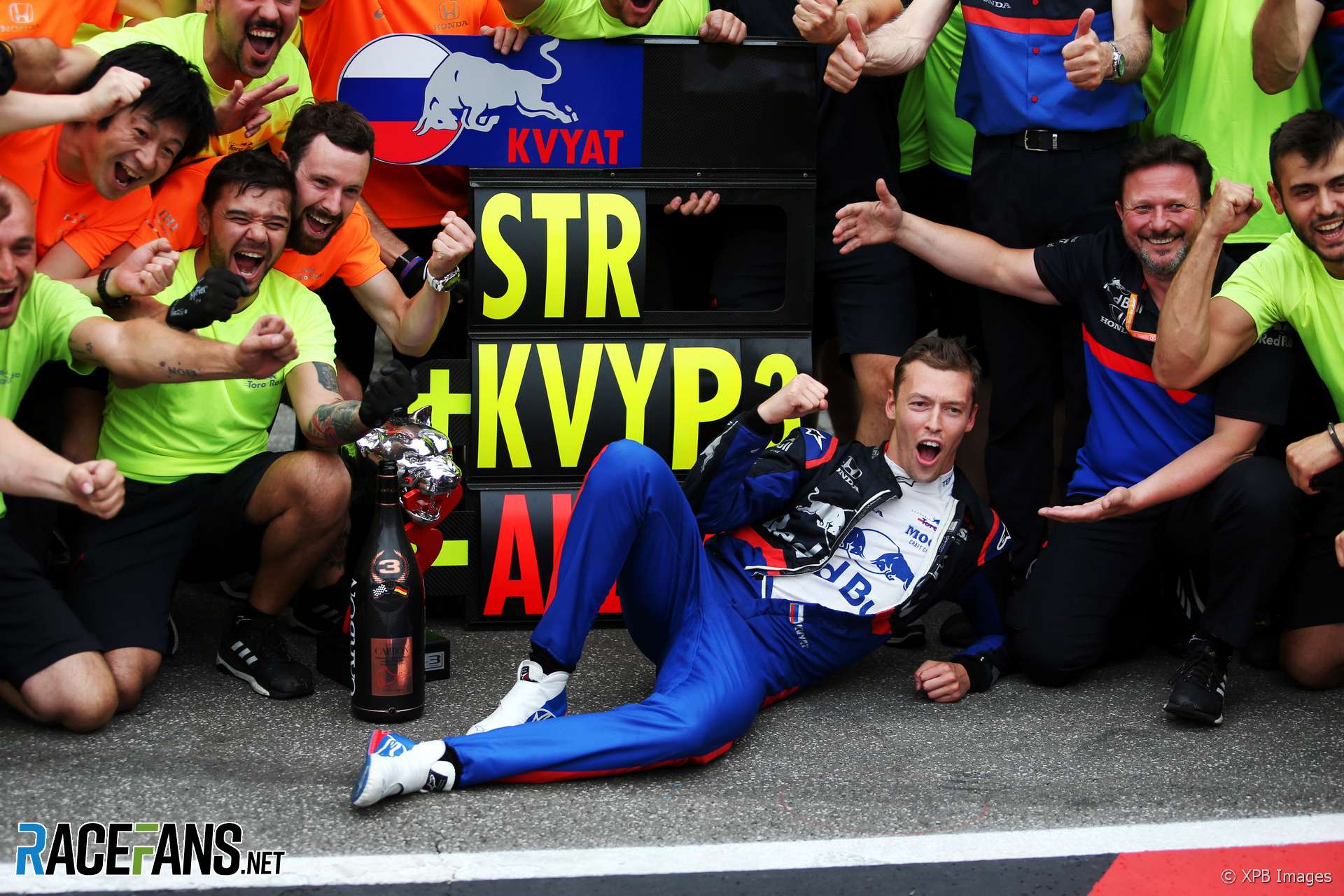 Daniil Kvyat says his podium finish in last year’s German Grand Prix is his the best achievement of his career so far.

His third-placed finish in a rain-hit race, scored from 14th on the grid, was the team’s second podium finish in its history.

Speaking to Pirelli’s motorsport director Mario Isola in an interview on Instagram, Kvyat said that moment stood out among his other successes in motor racing so far. “I’ve done so many races already that I don’t remember clearly all of them,” he said.

“[In] karting there were some good races where I had problems in qualifying and couldn’t participate and I was last out of like a hundred people and still managed to win the race. In karting, how it works [is] you have elimination races and then you come back into final one, final two and I managed to win final two. It was one of my best memories, for example, from karting that race.

“Then in junior categories, hard to say. My few races in GP3 were very strong, I remember them very well. And Formula 3 in Zandvoort, for example, I won the race, it was also very cool for me.

“But also Formula Renault. You do so many races in junior categories that some of them just maybe can be really cool. Once I started from P20 in Barcelorna, which is not a very overtaking [friendly] track and it was dry [but] I still managed to finish third, for example, also that race I remember very well.

“In Formula 1, obviously everyone looks at you with a microscope so everyone knows your races. But not everyone remembers those races from junior categories that you do.

“In F1 it’s hard to say also, there were some races maybe when you finish ninth or 10th but this was probably the best possible for that day. Probably my podium with Toro Rosso last year was very strong. So maybe that one I would highlight as my biggest achievement for me.”

The AlphaTauri driver also revealed he has shaved his head during the enforced break from racing due to the pandemic.

“I don’t like when the hair is very messy,” he explained. “So I thought OK, maybe there’s a solution to the problem, maybe I just take the machine and I cut. Add even a bit of style. I tried to cut off the sides and… it’s OK.”

One comment on “Kvyat: Hockenheim podium last year was “my biggest achievement” so far”