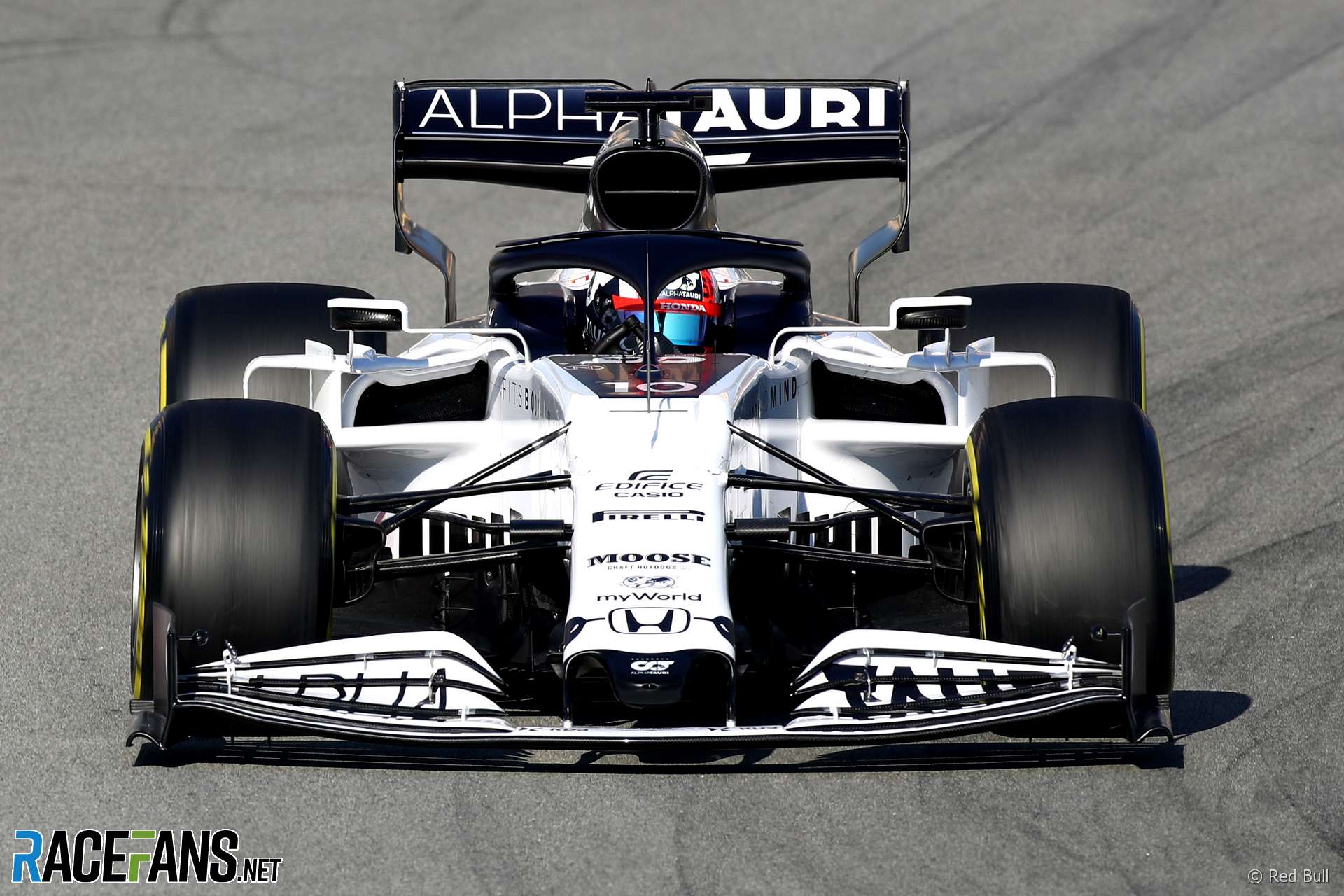 Pierre Gasly doubts AlphaTauri have the pace to lead the midfield based on their performance in pre-season testing.

“Generally I think we had a positive test,” said Gasly. “We managed to do a lot of laps, reliability is good.

“I feel we obviously would like to be faster than than we are. Racing Point is really fast, McLaren as well, and Renault.”

“The [others] are all super fast,” he added. “I would say the others are a bit stronger in some ways.”

The AT01 bears a clear resemblance to its predecessor, along with sister team Red Bull’s RB16, as the two share the same power units and other components. Gasly said the team’s previous car didn’t have any obvious deficiencies which needed to be addressed.

“It’s not like we have big weaknesses, I think it’s general comments. You always want more downforce so high speeds, low speed is a bit mechanical.

“I don’t think the old car had something wrong in it. But we just need to try to bring a bit more downforce to it, which is going to be the story the whole year and for everybody.”

The team was able to make some progress in understanding its car following the pre-season tests, Gasly added.

“There are a couple of areas we know we improved already since Barcelona, just understanding the car better. Because we did six days, which is less than before, and still discovering a new car it takes a bit of time to extract the best of it.

“But I think for sure we are not at the top of the midfield, we know it. Others have done some good job. We have done a good job but we know it’s not going to be an easy fight for us to make it to the top 10.”