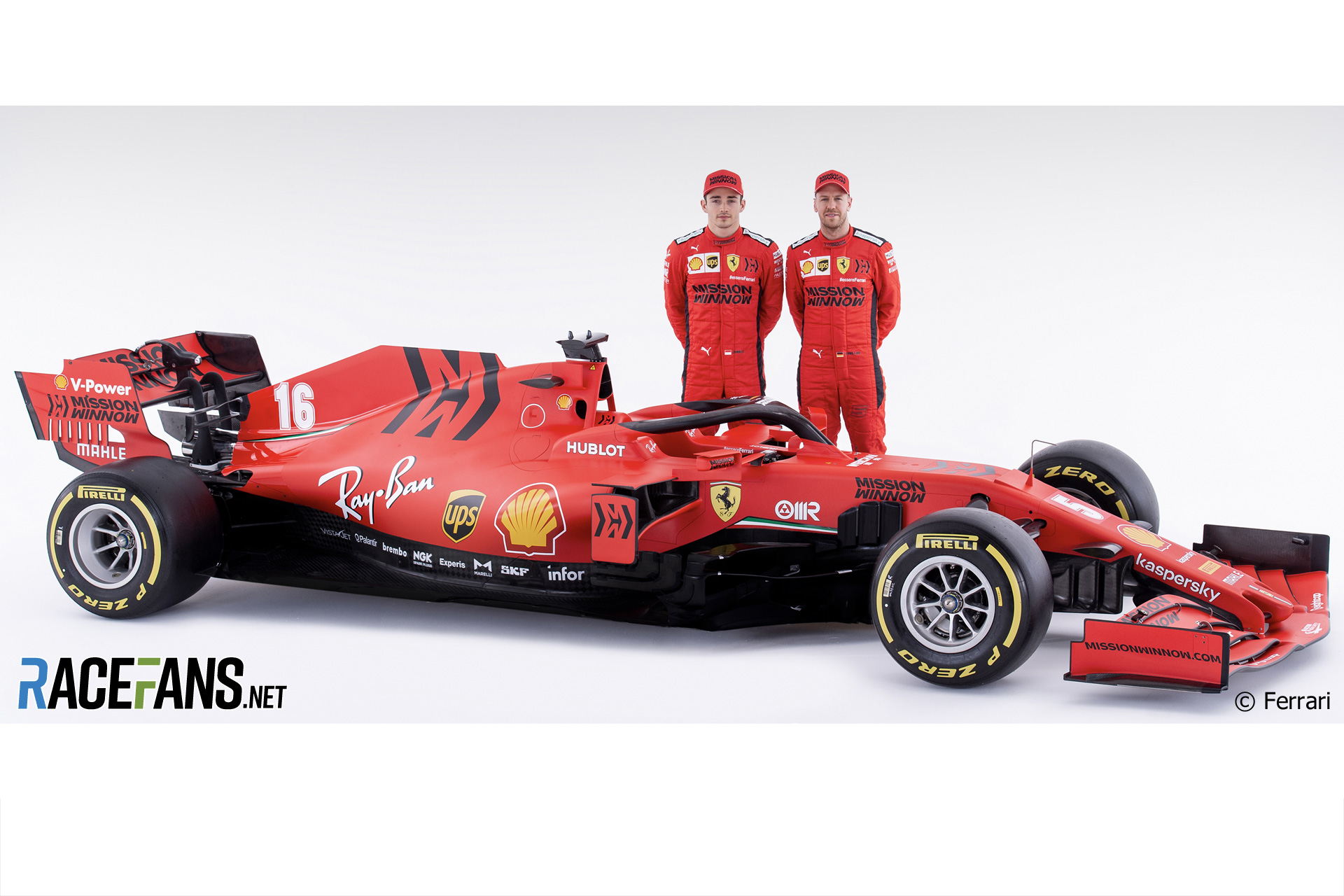 Ferrari team principal Mattia Binotto says the team will adopt a “let them race” policy for its two drivers in the 2020 F1 season.

Sebastian Vettel and Charles Leclerc will be allowed to fight each other for position, despite the pair colliding during the penultimate round of last year’s championship in Brazil.

At the start of last year Ferrari operated a policy under which Vettel, by far the more experienced driver, would be given preferential treatment in certain situations. However he was out-scored by Leclerc over their first season together, and while Vettel’s contract expires at the end of this season Leclerc has signed a new long-term deal with Ferrari.

Speaking at the launch of the team’s new car yesterday, Binotto compared the current situation to 12 months ago, and indicated the pair will be treated more as equals this year.

“I think that it’s a year after, things have developed,” he said. “Charles now has got a year’s experience with us.

“I think that point last year at that time we said that Seb would have been first driver, Charles second. I think that after a year that both have proved that they can both fight for the best results. They are able to be at the same level.”

[smr2020test]However Leclerc said he expects the pair will take steps to ensure there is no repeat of the crash which put both drivers out at Interlagos last year.

“The margins will probably be a bit bigger to be more on the safe side,” he said.

“I think we both learned the lesson of what happened in Brazil. So, yes, of course we are free to race each other.

“But on the other hand we are team mates, there are a lot of people working behind the scenes on the car for us to perform at our best on-track. And again we are a team so things like in Brazil shouldn’t happen.”