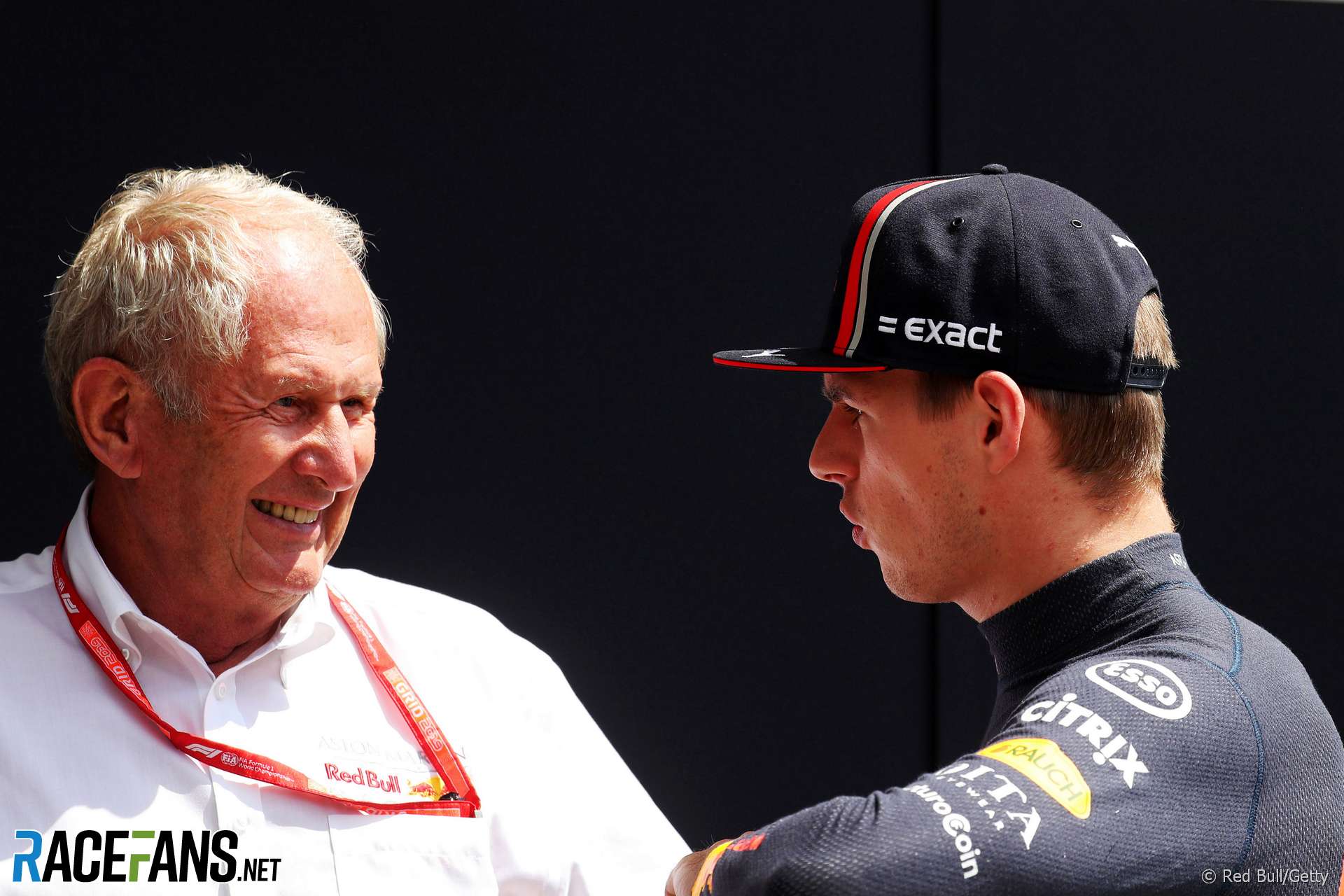 In the round-up: Red Bull motorsport consultant Helmut Marko says the team moved quickly to extend Max Verstappen’s contract because they feared Mercedes might try to sign him.

Reflecting back over the last few days & this photo is a very precious one firstly as it has my late father with his back to the camera as he is sits looking up at me, Secondly it shows my nearest & dearest friend James Geraghty and last but not least the great Murray Walker! 🙌 pic.twitter.com/hATRk7jyT5

You know what’s happening in Australia & millions of animals have died, which breaks my heart. V8 legend Scott McLaughlin inspired me to get involved & I’m auctioning off my '19 Bathurst 1000 helmet. Proceeds go to WIRES Wildlife Fund. https://t.co/oLcy6BqelS pic.twitter.com/bK7GTbfHzD

Marko says Red Bull were unsure what Ferrari's future plans were and feared that if they signed Lewis Hamilton, Mercedes would try to hire Max Verstappen to replace him.

"I wouldn’t expect that at this stage, and one doesn’t know what’s going to pan out over two months, that given the incidences of where the fires are, it will impact the Formula One grand prix."

HWA lines up with Doohan, Fittipaldi with Hughes in the 2020 Formula 3 championship (HWA)

"HWA has strengthened its squad of drivers with two promising new additions for its second season in Formula 3. Jack Doohan (Australia) and Enzo Fittipaldi (Brazil) will join Jake Hughes (Great Britain), who enjoyed success last year with the team from Affalterbach."

"The Lavazza logo will make its debut on the FW43 challenger at the season-opening Australian Grand Prix."

Should Honda have enlisted HondaJet to help fix their power unit problems sooner?

There is nothing wrong with admitting or asking for help. In fact this is really disappointing that they didn’t discuss this sooner. But large organisations can inherently have challenges, especially when it comes to communication.