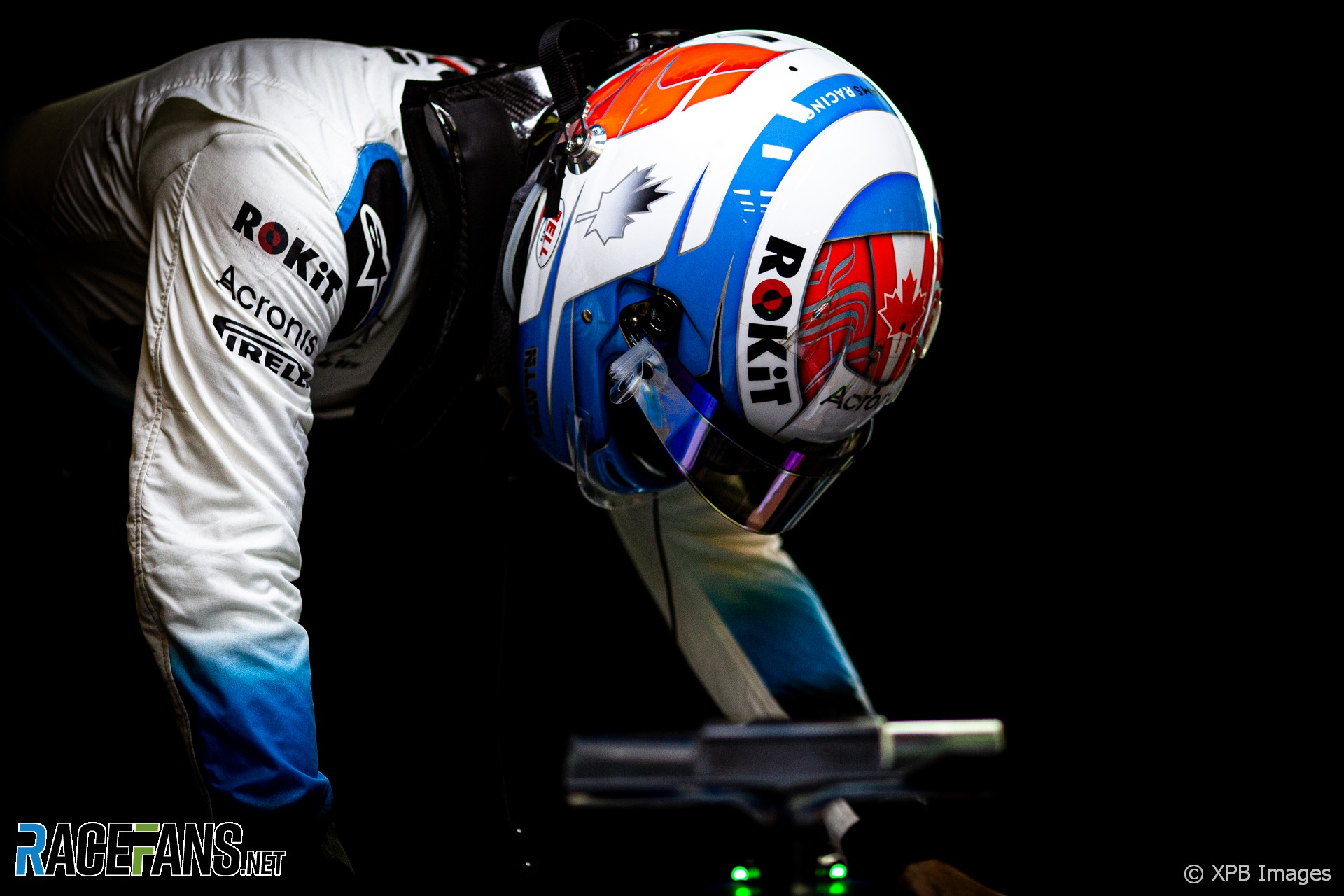 In the round-up: Nicholas Latifi says his training goal is to build up his neck muscles for his Formula 1 debut.

RaceFans operates thanks in part to the support of its readers. In order to help fund the development and growth of the site please consider becoming a RaceFans Supporter.

For just £1 per month/£12 per year you will also be upgraded to an ad-free account. Sign up and find out more below:

Latifi was asked how he’ll prepare for his first full season of Formula 1 during the off-season:

To a certain extent it’ll be very similar to what I’ve been doing all my life because I’ve still been racing in competitive championships. For sure the training will change a little bit.

After [testing] I think I’ve definitely got to work on my neck a little bit more. Largely it’ll be the same.

I think there’ll be a lot more preparation going on at the factory ahead of my first season because there’s so many more things in Formula 1, procedures and things like that that you really need to be on top of and you want to not have any question marks in your head going into the first race of the season. So I think I’m going to spend much more time at the factory than I would

"It is what it is. And we have to live with it. If we all love combustion motorsport, and I think we do, the coming years will be brutal, violent."

"IndyCar’s days of drivers running wide at Circuit of The Americas’ Turn 19 without fear of repercussion are over."

"We, all together, have brought things together better. The challenge is going to be to convert this good start into a good season."

"Conor Daly will return to the Chili Bowl Midget Nationals in Tulsa, Oklahoma, for the second year in a row, and this time IndyCar regular Santino Ferrucci and five-time Indianapolis 500 starter James Davison will join him in getting their first taste of the famed event to be held January 13th-18th at the Tulsa Expo Raceway."

@Blazzz says some of the criticism Lewis Hamilton receives is hypocritical:

I for one have never understood the flack Hamilton gets in this country for his tax arrangements. Among the chief critics are the Daily Telegraph, who incidentally are owned by billionaires with questionable tax arrangements. Yet, obviously, the Telegraph will never write up a piece on its owners despite claiming to be patriotic.

The Queen’s empire was also implicated in those tax leaks for god’s sake.

Then comes previous world champions and drivers before Hamilton like Button and Coulthard-they never received the same vitriol.
@Blazzz