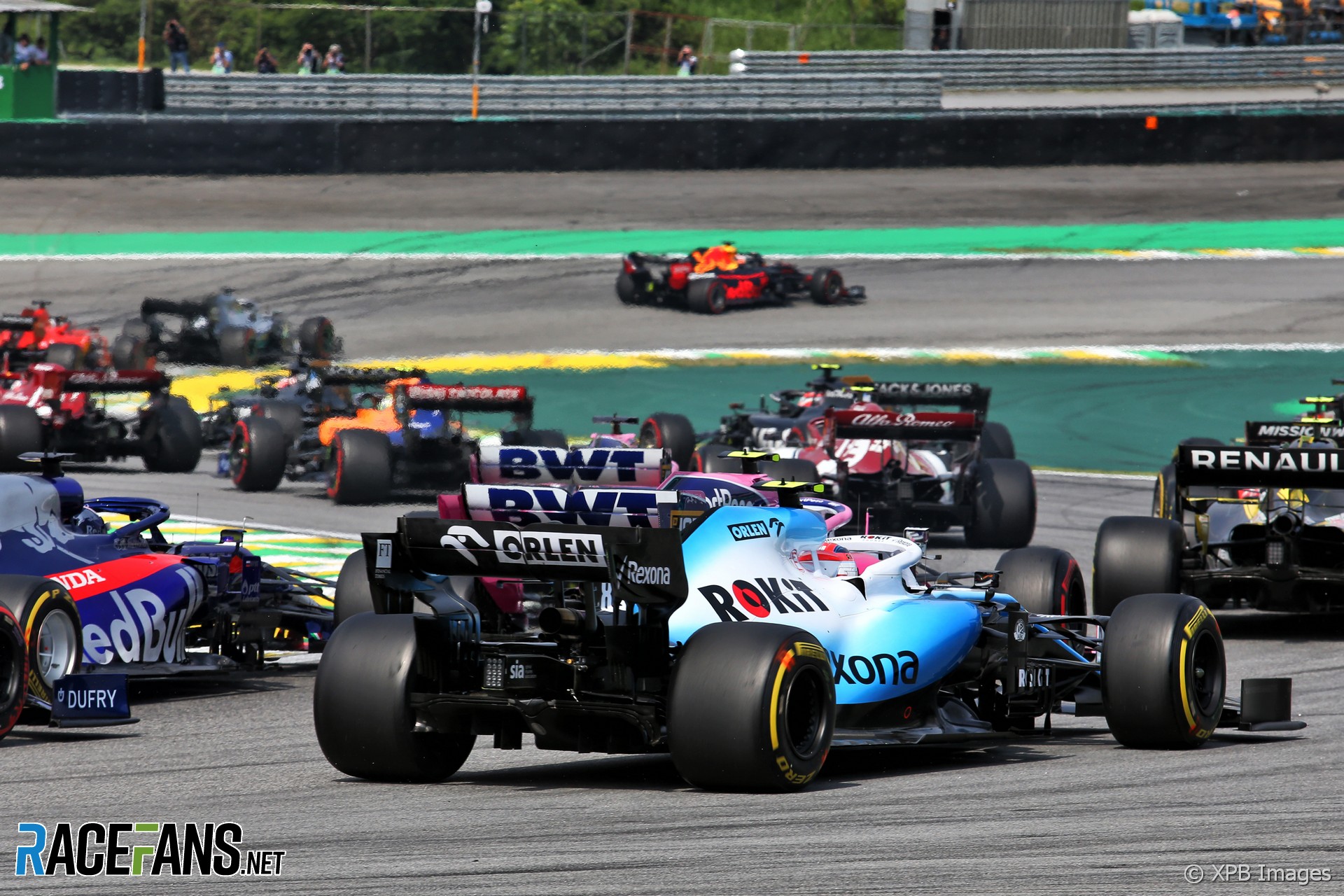 In the round-up: Robert Kubica says Williams only had the chance to race with other cars this year when they got ahead of them at the start of races.

[icon2019autocoursempu]Kubica gained more places at the start of races than his team mate George Russell in the uncompetitive FW42, but tended to lose them.

On the first lap you can hide a bit things and there is much more guessing what will happen and improvisation than knowledge. The grip is completely different, there’s a lot of things going on. And I felt like this year this has been very good.

But with our pace it doesn’t really matter. You will stay in front of those guys for one or two laps and then most of the races they will get you back. But still here we did have at least some pace to fight with the others and I was keeping eye contact with some people. Normally it wasn’t the case.

So there is, I think, some important things out of this year at least for the team. Hopefully they will be able to solve them for next year. It wasn’t easy, some things are really compromising myself and George also on racing side.

"Spain's Alex Palou, a Super Formula race winner and Rookie of the Year, will be coming to America to compete full-time in the 2020 IndyCar Series driving for Dale Coyne Racing with Team Goh."

"Obviously we saw an awful lot of spreadsheets over the years, from Viry (Renault's engine headquarters) but never realised the potential of what was on those sheets. This is the first year where everything that was promised was absolutely delivered."

Are Perez and Stroll too far apart in our driver rankings?

I think Perez was outstanding after the summer break. Scoring points in every race but Singapore where he had to retire.

Before then though, I thought he was overall pretty poor, with only a few solid results. The fact that Stroll outscored him over the first 12 races before the summer break is pretty negative for Perez, especially given Stroll was rated 19th. I think sixth is possibly a little too high. It wasn’t just bad luck that resulted in Stroll getting more points than him in the first 12 races. Perez binned it in the race where he had the best opportunity of the season to score highly. Stroll managed this and Perez didn’t. As well as scoring more points at this stage of the season, he also finished in the points more often than Perez. four times vs three.

I actually think both drivers underperform somewhat in qualifying (although clearly Stroll does far more) and make some of this up in the race. The average gap in qualifying over the season was 0.13, which isn’t much at all given how often Perez out qualified Stroll. I think this indicates qualifying really is not either drivers strong point.

Perez seemed to be incredibly good in the last nine races, pretty much dominating Stroll (which I really don’t think was the case before hand results wise). Stroll however did look convincingly better in Brazil and would have had a points finish above Perez if not for his suspension problems.

I think Perez should be rated a little lower really as I think he looked to be nowhere given his reputation at one stage of the season. Either that or Stroll should be given a little more credit for the amount of points and points finishes he got before the summer break vs Perez.
Ben Rowe (@Thegianthogweed)