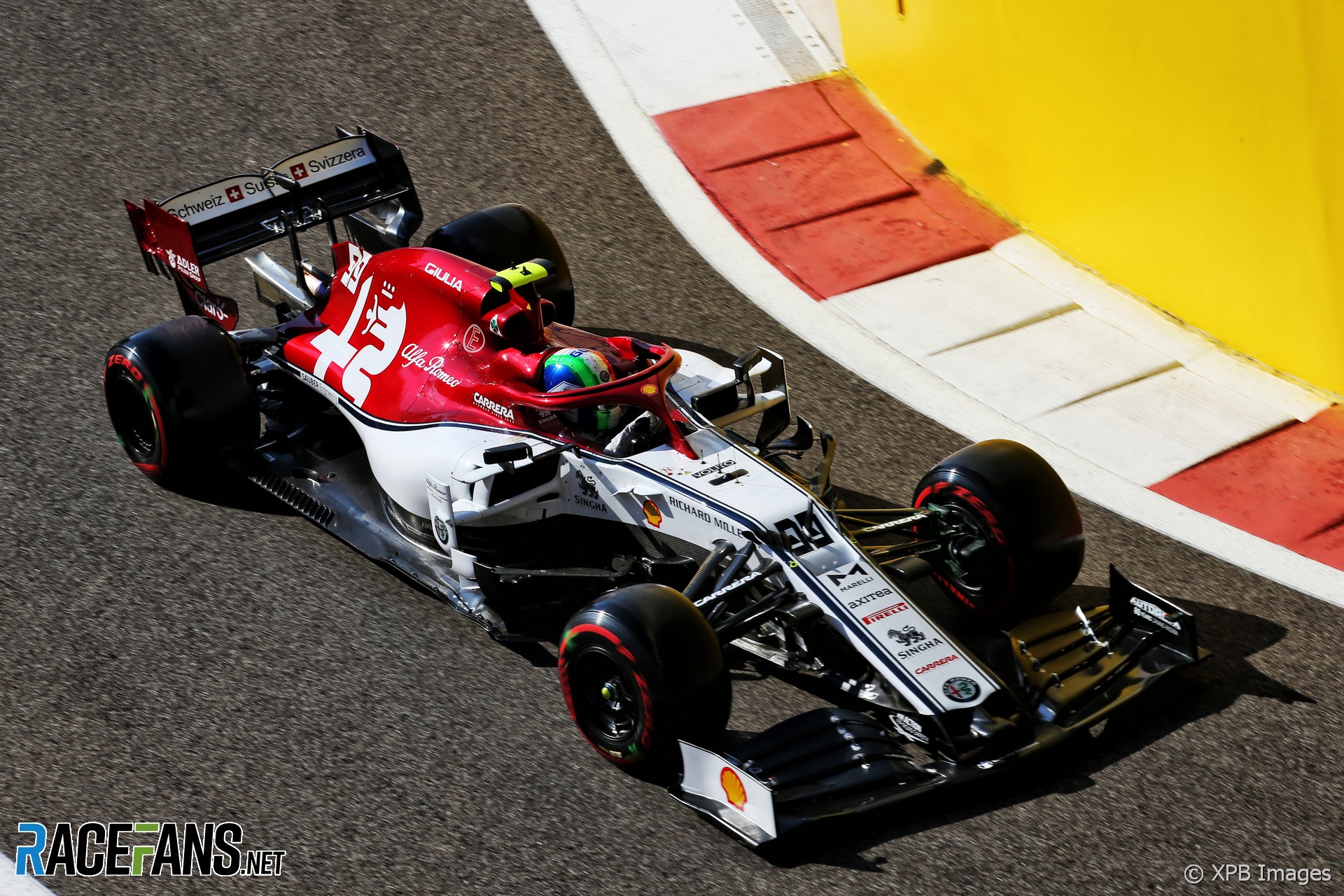 In the round-up: Antonio Giovinazzi says Alfa Romeo needs to ensure its 2020 car is at a good level from the beginning of testing.

Don't miss anything from RaceFans - join us on Facebook here to see whenever a new article has been added:

Alfa Romeo’s performance tailed off during 2019 and reached a low at the end of the season. Giovinazzi said the team must make sure it’s at a high level when the new season begins:

Did you know Guenther was a rally co-driver in the 90s? 🤯

We always learn something new in Ask Guenther 👇 pic.twitter.com/CIbm1anhqc

An extra special moment at Silverstone earlier in the year 🇬🇧

Hands up who else enjoyed seeing the Brabham BT26 running again? ✋ pic.twitter.com/niOT366MmS

You asked 👉 The Boss answered! 🐺

"I can’t think of anyone more worthy of that recognition than Lewis. It would be a major oversight if that is not recognised in the new year honours."

"The tenant of the site is the Birmingham Wheels Company, which is a charitable division of the council. However, the council took that charity to court over underpayment of rent and the council prevailed, and it is demanding back-payment of rent that totals nearly £800,000."

Hamilton to Ferrari? It's Toto who holds the key (Motorsport magazine)

"From Elkann’s side, a big sweeping, dramatic broad-brush gesture such as recruiting both Hamilton and Wolff, the immediate and long term foundations respectively to putting the final pieces together at Ferrari in the way they last were in the Brawn/Schumacher era, would hold a lot of appeal."

@Todfod is not impressed by Haas:

They pretty much took Ferrari’s 2018 chassis, which was really strong, and then added their own input and made an undriveable car. To top it off, they had to two drivers who were consistently putting in mediocre to poor performances, who they’ve gladly singed for the next season. They go around blaming tyres for an entire season and putting Pirelli in disrepute, when they should have been building the basic competency of an F1 racing team.

While I do not want any more teams on the grid to leave F1, Haas is the team I would miss the least once they’re gone.
@Todfod