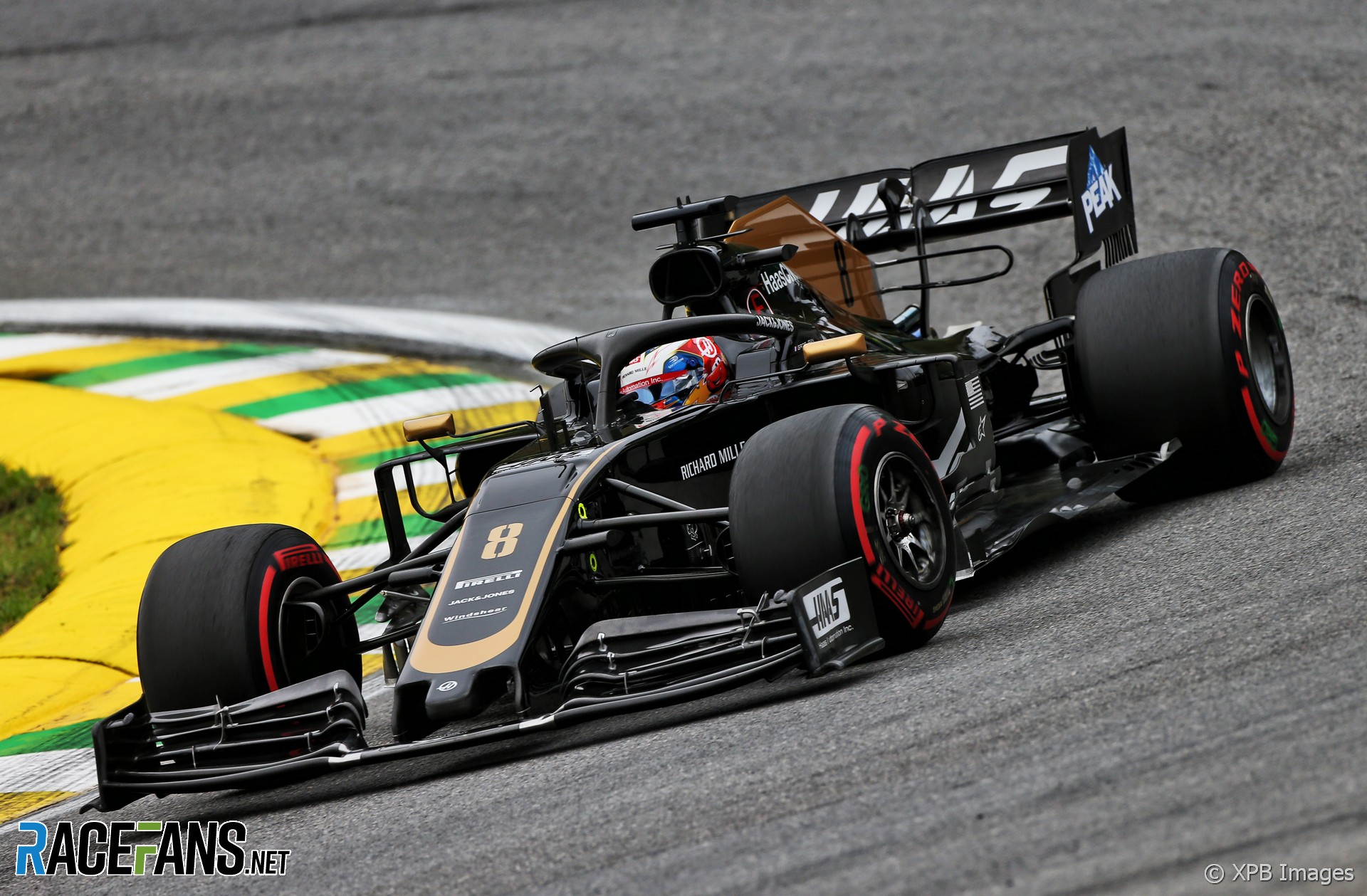 In the round-up: Romain Grosjean says Haas’s problems in 2019 were down to its car, not the tyres.

Haas team principal Guenther Steiner called F1 “the championship of the tyre working range” earlier in the year and described Pirelli’s compounds as being like a “Kinder Surprise” chocolate as the team struggled to make its VF-19 work. But at the end of the season Grosjean saw things differently:

In all fairness, I don’t think our problem was [at] any time tyres. I think it was just our car that wasn’t good and initially we blamed the tyres because we were struggling to generate temperature but why when nine other teams can do it – well, maybe eight?

It was just our car that was not good enough from day one and had some weaknesses and we just kind of didn’t see them. So I don’t think our problem was tyres. Tyres is a problem in general, but it wasn’t our main issue.

"On Wednesday, from 23:15 to 0:00, there will be a 45-minute qualifying session when all entries in the race will take to the track at the same time. At the end of this session, 24 competitors – the six best in each class – will go on to compete in a new 'Hyperpole' session the next day when the first six places on the grid will be determined for each class. "

Mick Schumacher: "Obviously, getting my first race win in Budapest was nice, but I think that in terms of performance Austria was better. I think that in Budapest, we didn’t have the speed and I think that if it had been another track, then we wouldn't have won to be honest. Whereas, I think at the Red Bull Ring, we really showed what we had in us and what we were capable of."

"My wardrobe was red, my duvet covers were red. Everything was red. And the room was covered in posters. I was a full fanatic!"

DAMS’ Francois Sicard: 2019 'will keep in our memory for life' (Formula Scout)

"Maybe we have had more difficult titles to get, but this one is really the one we will keep in our memory for life. It has been a tough season for us, with the passing of Jean-Paul. We really wanted to have it this year."

"If that’s on a cold ambient temperature around Silverstone on road tires, then what’s it going to be like as a race car? It will be incredible."

Sam Bird: "I think the overtaking into the first corner might be more difficult than last year and the changes to the back zig-zag section have made the track faster, which could make braking difficult. Overall, I think the small changes made will make the track a bit trickier but more exciting to watch for the fans!"

How long will it take electric vehicles to get on par with F1’s hybrids?

I’m pretty sure electric will overtake hybrid racing sooner than ‘decades’ from now also because no matter how much FIA or petrolheads will stay anchored to an ancient tech, the moment constructors will consider the switch to full electric best for their interests there will be no one racing with fossil fuel.

How can Mercedes or Renault justify with their investors that they are putting millions in a technology that is no more relevant for their road production in, say, 5 to 10 years? VW has plans to produce 25% of fully electric vehicles by 2025, 40% by 2030 [1]. It’s 10 years from now. Any big company won’t be far behind the leading one, so we should expect a full throttle race to ramp up EV productions. Once we’re at 40, how much will it take to go reach 100%?

Once those large percentages of produced cars will be EV, investments in hybrid racing will be zeroed in the time of a boards of directors meeting.
Matteo (@M-bagattini)