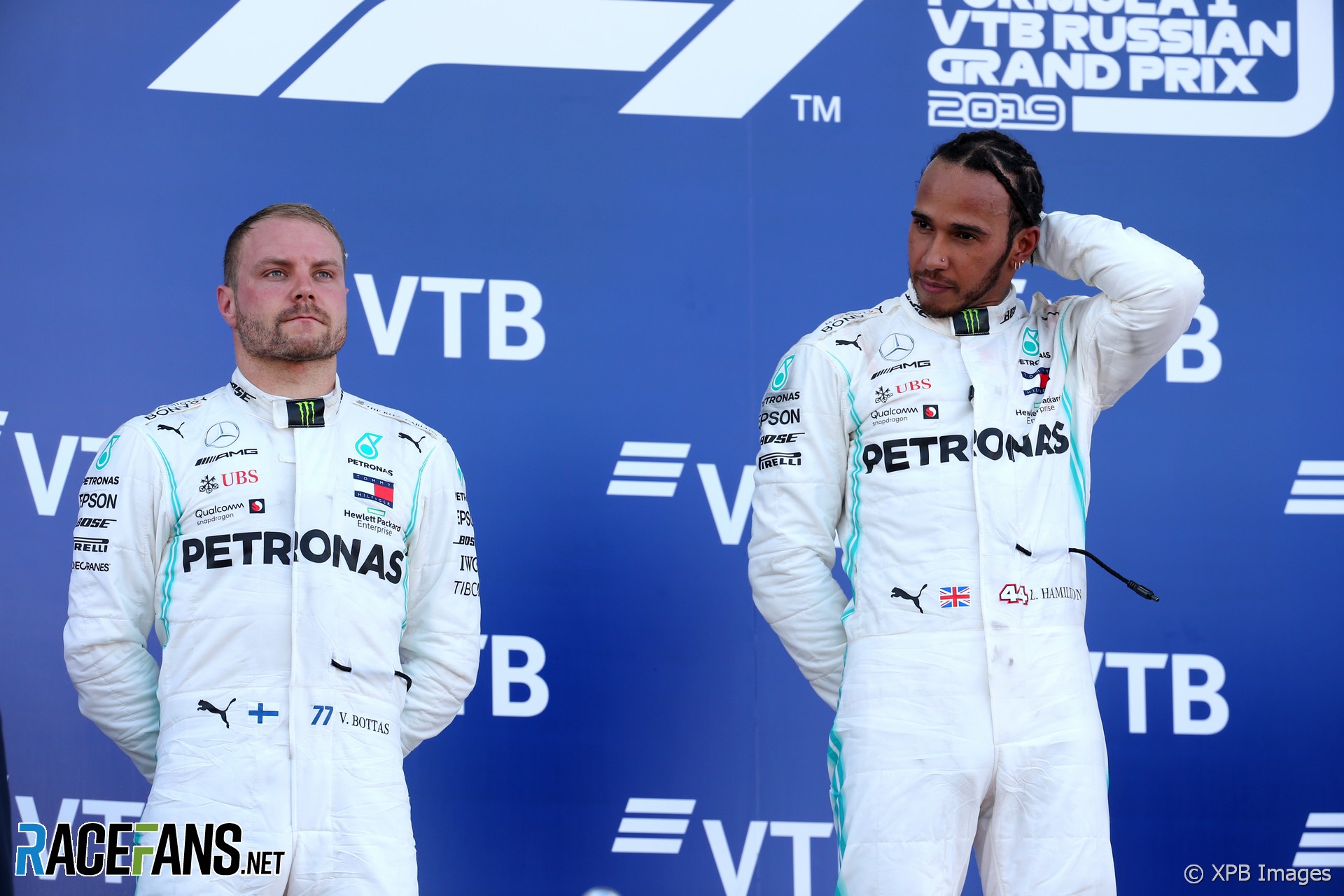 Valtteri Bottas put up a better fight against Lewis Hamilton than he did in either of his previous seasons at Mercedes. But it wasn’t enough to stop Hamilton putting a lock on the world championship with two races to spare.

Bottas could at least draw some small satisfaction from passing his team mate on his way to victory in Hamilton’s title-clinching weekend in Austin.

Although Hamilton comfortably beat him in qualifying, Bottas matched him in terms of pole positions, taking three in a row early in the year. There was often very little to choose between them on Saturdays, and Hamilton’s average superiority was just a tenth of a second.

Hamilton’s advantage was greater on Sundays where he regularly finished ahead. Bottas’s six superior results included four wins but also Monza, where Hamilton was clearly quicker, but expended all his efforts on Charles Leclerc. Hamilton won six out of the opening eight races and he never looked back as he ran away with the championship in the early stages of the season.

Curiously, their poorest results tended to coincide. Both made mistakes in the rain at Hockenheim, Bottas crashing out and Hamilton coming close to doing the same more than once. Hamilton eventually salvaged ninth after qualifying on pole, which helped him to an unbroken run of points finishes. Bottas was sub-par in Brazil before his power unit failed (a late blow to an otherwise impressive points haul), and Hamilton made an uncharacteristic lunge at Alexander Albon which left him a penalised seventh.

The remarkable thing about the pair at this stage in their careers is that both show signs of improving. This was demonstrably Bottas’s best season yet – though perhaps only slightly better than 2017 – but Hamilton sets the bar high and keeps nudging it higher. Unlike in seasons past, there was no sign of the world champion slackening the pace once the title was won, and he signed off with his most emphatic win of the year, albeit on a day when Bottas had to start last and couldn’t challenge him.

If Bottas can move a step closer to his team mate by a similar margin over the coming winter, Hamilton will have more than just Ferraris and Red Bulls to worry about in 2020.

Lewis Hamilton vs Valtteri Bottas: Who finished ahead at each round

Times based on the last qualifying round at each race weekend in which both drivers set a time. Negative indicates Lewis Hamilton was faster, positive means Valtteri Bottas was faster

Hamilton vs Bottas at Mercedes in previous seasons

USA-based Josh joined the RaceFans team in 2018. Josh helps produce our Formula 1 race weekend coverage, assists with our social media activities and...
Read more about Josh Holland, find all their articles and get in touch with them